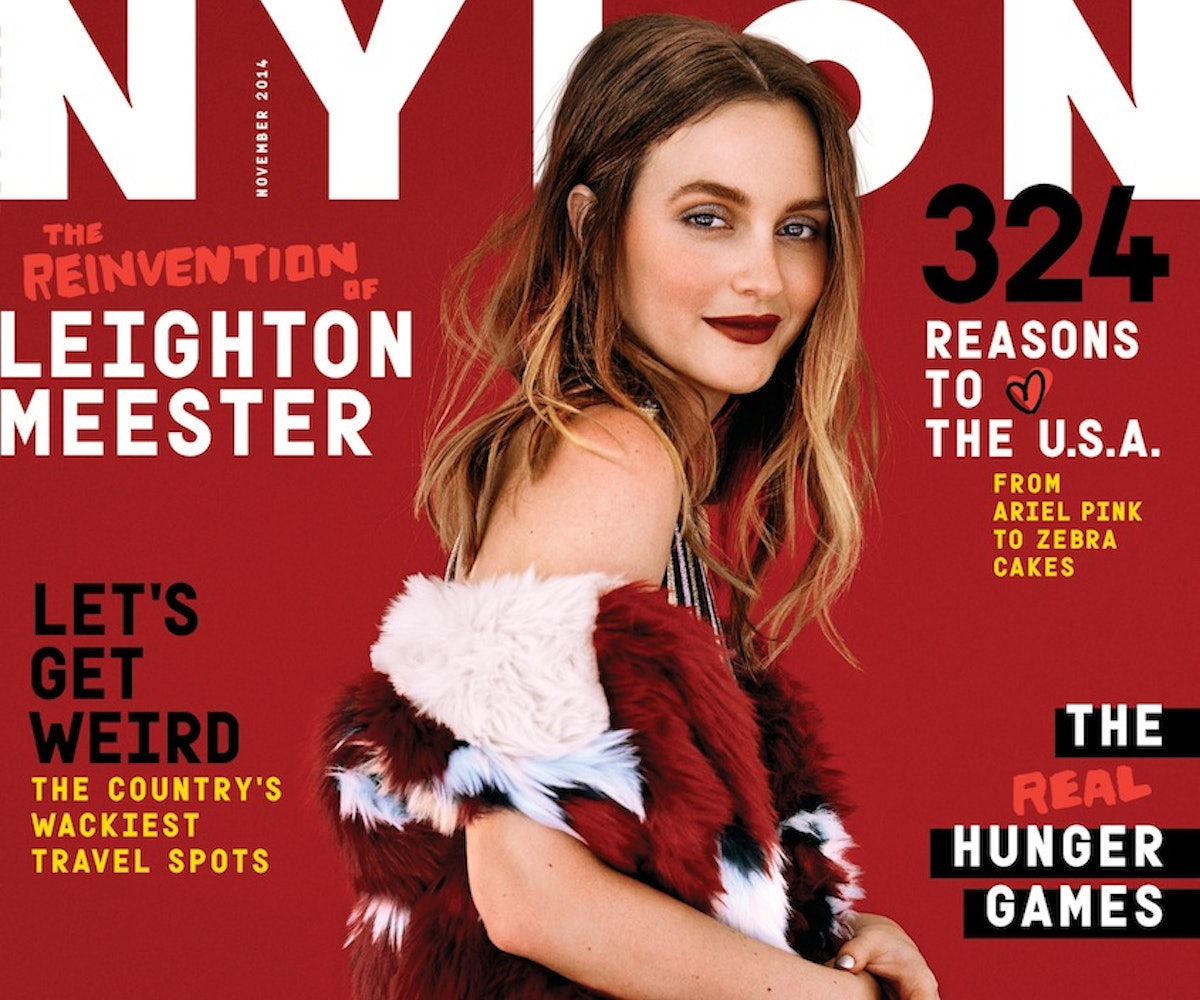 Before you read our cover story on actress and musician Leighton Meester, remember: This is not about Blair. Yes, the Ft. Worth-born, LA-based gal recognized Gossip Girl is her claim to fame, but in actuality, Meester's actual, IRL tale is far more interesting. From her tough beginning, Meester has become a refined, inspirational young woman who is totally transcending not just Blair Waldorf, but Hollywood as a whole.

With a pop-influenced rock album set to release tomorrow, a stint on Broadway, and a starring role in the forthcoming romantic comedy Life Partners, it's safe to say that Meester has entered a whole new universe as a Hollywood starlet—and as a voice to be reckoned with.

"I started the show when I was so young, and once it was over, I wanted to do things that were more exciting and challenging and more me—more my adult taste. Of course, that's said with nothing but gratitude and love for that experience in that time of my life."

On roles for women in Hollywood:

"As far as scripts go, the roles of women standing alone on their own as whole, real, full people are few and far between. So with both of those roles [Life Partners and Like Sunday, Like Rain], what I loved is that neither of them are centered around romantic relationships. They're flawed, real human beings that I could bread down and really enjoy playing. They're like me, in a way."

"Most people I know are starting to get married. It'll be kids next. I like the grown-up stuff. I like having a house. I've got dogs."

Come back for more behind-the-scenes and exclusive sneak peeks with our November cover girl. Don't forget to check out her album, too!