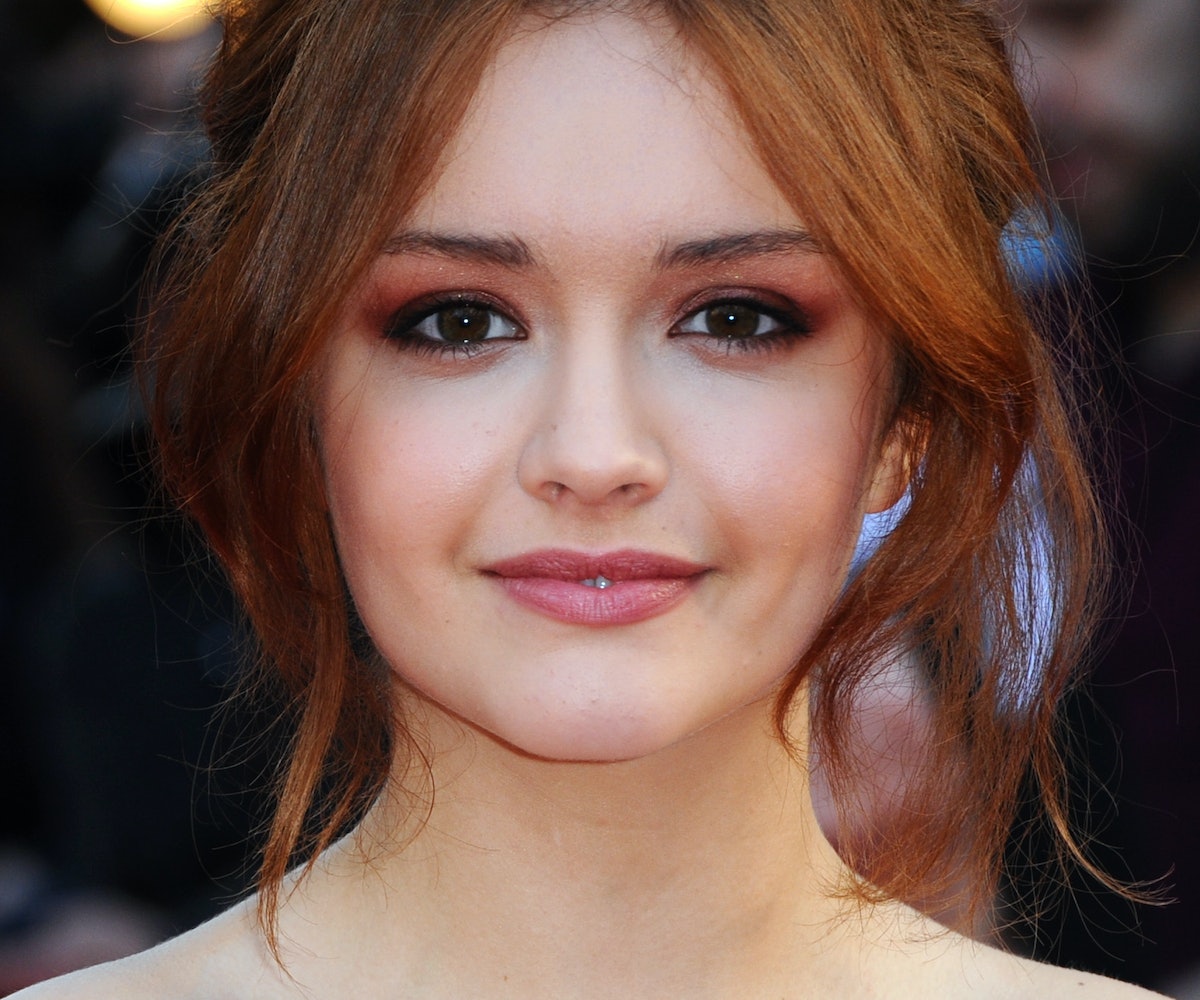 When Me and Earl and the Dying Girl premiered at Sundance in 2015, it was so rapturously adored that Fox Searchlight bought it for a whopping $12 million, after one of those late-night bidding wars you hear about at parties. The indie—about a trio of high school seniors who come face to face with their own mortality when one of them falls ill—became an Oscar dark horse, while its stars, Thomas Mann, RJ Cyler, and Olivia Cooke, went from up-and-comers to next big things virtually overnight.

Though Me and Earl and the Dying Girl eventually failed to recapture the magic it found amidst the snowcapped peaks of Sundance, Cooke fulfilled her destiny when she beat out fellow ingénues Elle Fanning and Lola Kirke for the lead role in Steven Spielberg’s hugely anticipated adaptation of Ernest Cline’s 2011 sci-fi masterpiece Ready Player One.

It’s the kind of role that changes an actor’s career—think Jennifer Lawrence after Hunger Games or Kristen Stewart after Twilight. When we spoke to Cooke in September, she was in Toronto for the world premiere of Katie Says Goodbye, an intimate indie by first-time director Wayne Roberts, in which she plays a small-town waitress who moonlights as a sex worker and is mistreated by everyone in her life. Despite her crushing circumstances, Katie wants to live her best life, and if that means starting anew in San Francisco with the man she loves, then so be it. The shoot was physically intense, emotionally draining, and, according to Cooke, the best time of her life.

You’ve said that shooting the film was one of the best experiences of your life, which is hard to imagine considering the nature of the material.

I know, it sounds a bit sadistic.

How did you guys maintain a sense of levity on set between the tough stuff?

Wayne has a terrific sense of humor; he's hilarious and he's so mischievous. He brought that out in me and everyone that we were working with. You have to not sit in it too long. It was so fun; we were shooting these god-awful long days, but still we'd all go out together afterward because we couldn't get enough of the chemistry we all had together. It was wonderful.

What was it like watching a director shoot his first film?

It never felt like he was a first-time filmmaker. He knew what he wanted every single step of the way and was so trusting in his actors and knew the exact dialogue in how to present his thoughts and ideas. He was so thorough all the time but still gave me this massive landscape to work in and explore, to go as big and to be as little as possible.

Did you ever think of girls like Katie—girls who may not necessarily be sex workers, but who feel trapped in their situation and are looking for a way out?

Completely, but I also feel like a lot of those girls never do [look for a way out], and she does. She's actively trying to do that and make her life better and make her life better for her mother. She's just so giving to everyone, and I don't think I've actually known anyone specifically like that. That's what was just so interesting about the character. I've never read a character like this, and I found it frustrating at first, like, "How does this wonderful perfect person exist and how do you make that person three dimensional?"

She has this remarkable ability to find joy amidst all this toxic energy. Are you the same way?

No, I'm such a pessimist. I find the darkness in every joyous situation, even when things are going well.

As your career continues to evolve, do you fear that it will become more difficult to make films that are this small and intimate?

These are the best types of films. I want to continue to make indies for as long as I live. Getting to feel and create and have, like, a summer camp every time you go to work is amazing. I've been really spoiled, and I've had so many of those experiences, and I want to continue.

What about the outside forces who’ll want you to do the bigger films that have the potential to advance your career?

Have you noticed a difference in the roles you've been offered since Me and Earl and the Dying Girl blew up?

I think my agents pass on more things now, so I don't get to screen and read the things as much as I used to. I'm getting to move forward on production with a few things that are either a book or an article that we want to get developed. While I wouldn't call myself a producer, I am pushing things along and attaching myself and screening the writers. It's really fun because you have more control than just putting a costume on and reading lines.

When you shoot a film like Ready Player One as opposed to something like Katie Says Goodbye, does your mindset change from one film to the other?

I'm still acting. One just happens to be a 200 million dollar movie, and this was a million dollar movie. That's the only thing, but no one changes. I've not come across any dicks or divas or anything like that. I'm still the same, but there's more time in my trailer waiting for things to be settled. In indie films, you'll be working every single day for 17 hours, flat out.

What was that audition process like for Ready Player One?

It was insane. I read for the casting director in New York and then I was flown over to L.A. after that went well to read with Steven and a few of the boys, and that took two days. Then I went back to New York to do the same with other boys. As I was going through one door, a lady was being ushered out, so I never saw the other girls that were reading. It was very well-produced. Then I got called into the office a week later to read the script. Ellen Lewis, the casting director came in and said, "It's looking really good for you, read the script and see if you like it." And I was like, "Of course." A few days later, I got the call saying I got the job.

Are you worried about losing your anonymity the same way that, let's say, Jennifer Lawrence lost hers after Hunger Games?

Definitely. I hope that doesn't happen to me. That just sounds awful. I think I'm protected because 50 percent of it is motion captured, so I don't really look like myself half the time, and the other half the time I have a birthmark on my face and one eye is covered partially. I'll have a built-in disguise.