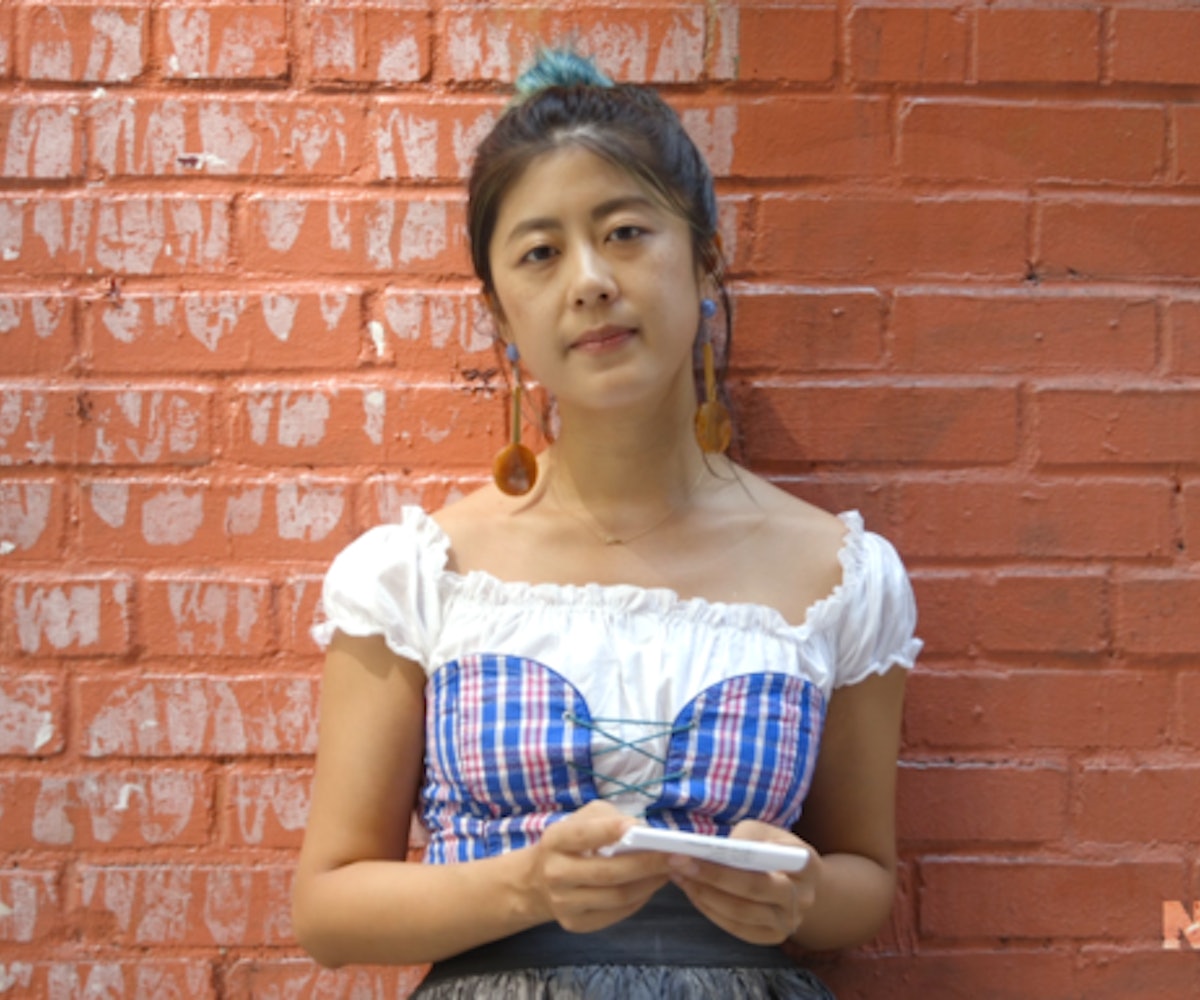 After appearing on Facebook Live as our featured author for the August edition of the NYLON Book Club (her short story collection Sour Heart is, in short, brilliant), writer Jenny Zhang walked with us to a quiet street in downtown New York City, where she would stand against a brick wall and read her poem "Seppuku," as passersby gathered around.

The poem, at first, lists a familiar litany of complaints: not having the right cereal for breakfast, feeling too lazy to wash our face, wanting to avoid banal conversation. But rather than dealing with these things in an expected manner, by merely shrugging them off, Zhang's narrator takes decisive action, choosing to seppuku.

But, of course, it isn't just minor slights that lead to ritual suicide. Seppuku becomes the answer for dealing with racism, with white supremacy, with the concept of "yellow peril." Seppuku becomes a way of really feeling all the feelings, of getting to the root cause of existential angst. Seppuku becomes a way of being born again and living forever. Seppuku means embracing death because hate and fear and love are all around us in infinite abundance, so why not embrace one more conception of forever? Seppuku is our past and our future and our present, all wrapped up in a dead body looking up at the racists around us and saying, "Uh huh."

Watch Zhang read "Seppuku" in the video, above.

Directed and edited by: Tina Vaden

NEXT UP
Culture
Marie Faustin Loves To Waste Men’s Time
Entertainment
Harry Styles Is Performing At The 2023 Grammys
Culture
6 Shows To Binge Once You've Finished 'The White Lotus'
Astrology
January 2023’s New Moon In Aquarius Is All About The Big Picture
Style + Culture, delivered straight to your inbox.