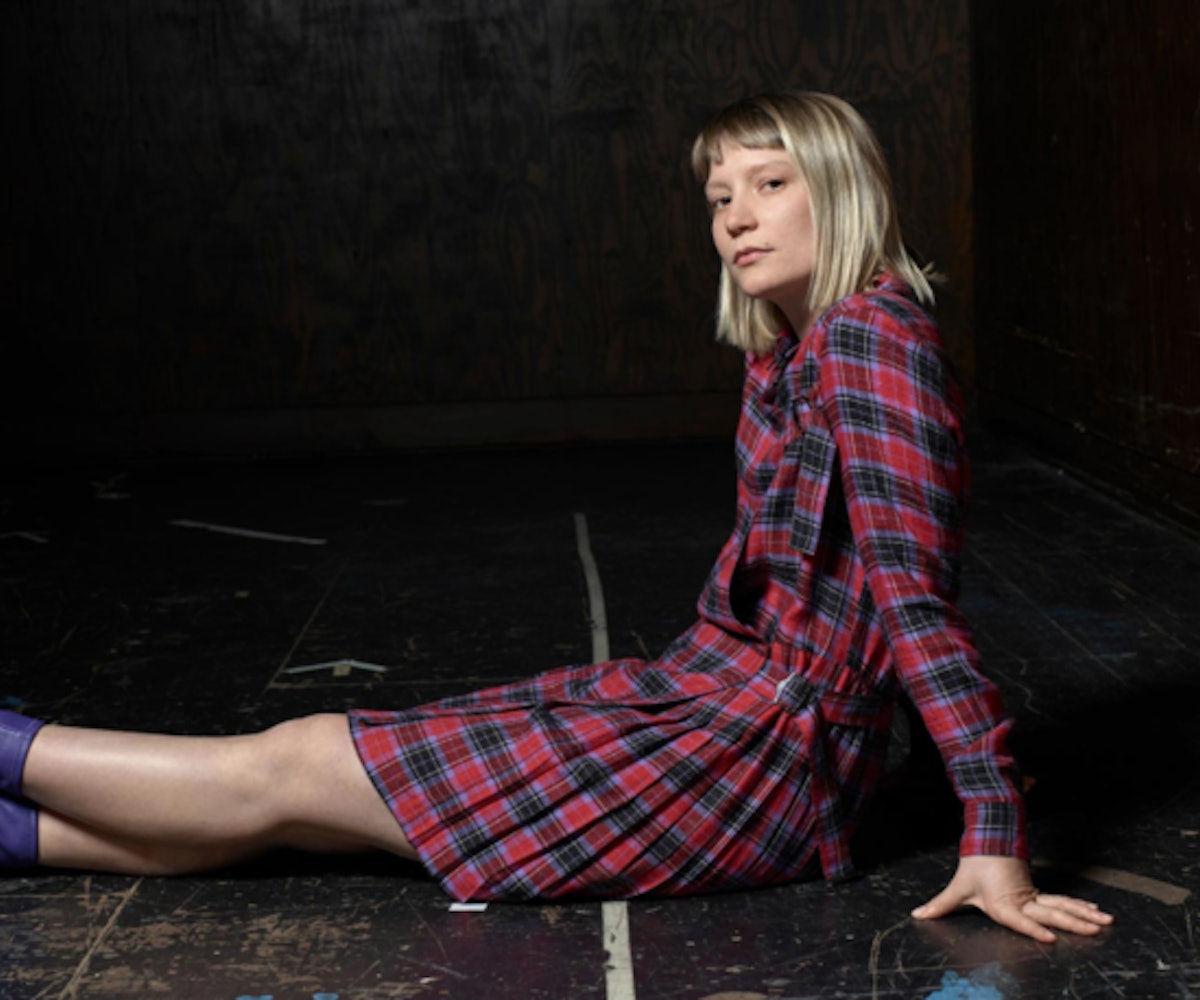 For the past three years, Opening Ceremony's Humberto Leon and Carol Lim have turned what would be yet another fashion show into a spectacle. A ballet one year, a political pageant the next, OC's runways aren't just platforms for showing off the latest collections but rather, a means of showing the collection's liveability and, more importantly, making a statement that transcends fashion.

This year, Leon and Lim collaborated again with Spike Jonze and choreographer Ryan Heffington for a performance piece titled Changers. It stars Mia Wasikowska and Get Out's Lakeith Stanfield as a young couple navigating the trenches of monogamy, time, growing up and ultimately apart. "Changers explores the evolution of relationships with a narrative told not through words, but through movement and dance," Opening Ceremony explained in a statement. Indeed, no words were exchanged but clothing was.

Following a breakup, Wasikowska's wardrobe went from sensible plaid to body-hugging knits with pearl embellishments, a stark contrast to Stanfield's hoodies and sweatpants. The message became clear through both movement and clothes: Wasikowska triumphed over the breakup and grew into herself (a bold pink structured blazer will do that to ya), while Stanfield remained very much the same.

You can shop a selection of the new collection here.