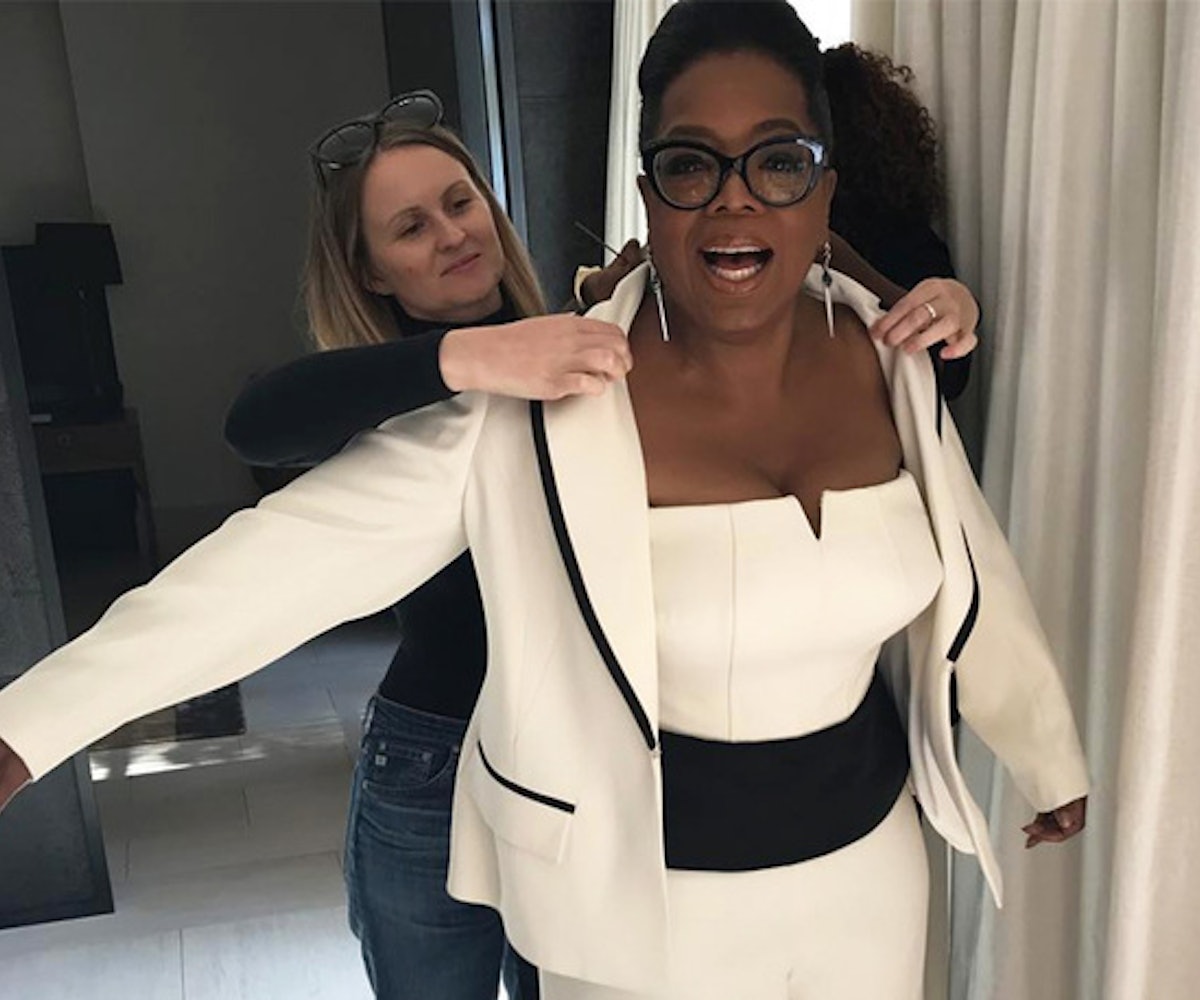 The rumors that Oprah Winfrey is going to run for president have been circulating for more than 20 years, according to New York magazine. She's always dismissed the idea, even telling The Hollywood Reporter in June 2017, "I will never run for public office. That's a pretty definitive thing."

But now she's changing her tune, maybe because the world is literally falling apart before our eyes and Winfrey knows she's the only one who can save us. On Thursday night, she shared a New York Post article that endorsed her running for president.

"Thanks for your VOTE of confidence!" Winfrey wrote, along with the headline: "Democrats’ best hope for 2020: Oprah."

In the article, the Post's John Podhoretz writes that Winfrey is one of the few people who could beat Donald Trump in the next election. "If you need to set a thief to catch a thief, you need a star—a grand, outsized, fearless star whom Trump can neither intimidate nor outshine—to catch a star," he writes. "We’re through the looking glass here. America is discarding old approaches in politics. Democrats will have to do the same to match the mood to the moment."

Once Trump became president, Winfrey told Bloomberg that she overestimated the qualifications to become president. “I thought, ‘Oh, gee, I don’t have the experience, I don’t know enough.’ And now I’m thinking, ‘Oh,’” she said. Yeah, we agree.

So maybe Winfrey will run after all. Right now we all just want to know: