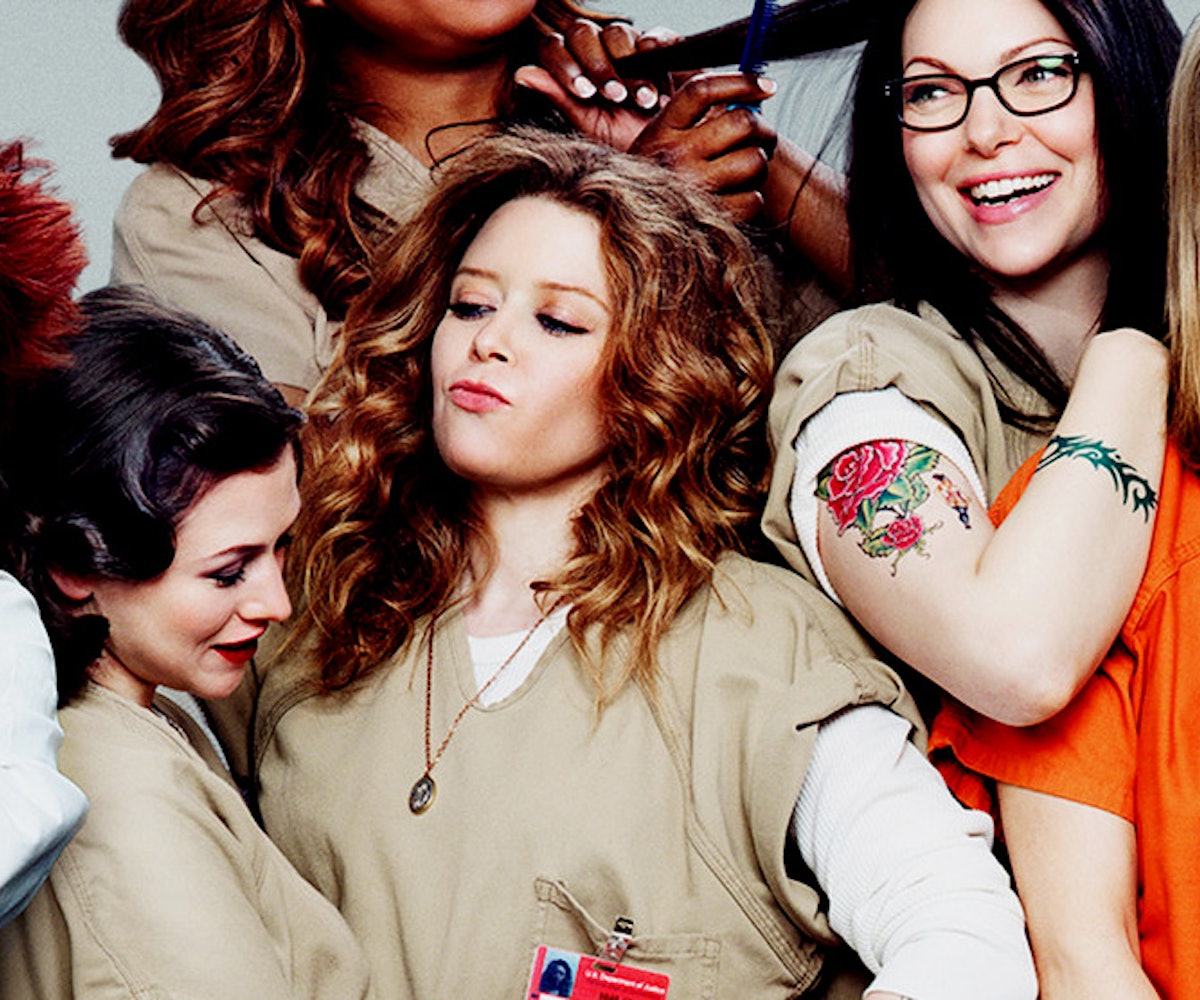 Only one big question came out of the TCA panel this week concerning Season Four of Orange is the New Black, and that is this: What will happen to Nicky?

Last we checked, our favorite libidinous junkie with the razor-sharp wit was thrown in isolation for dealing heroin. But if Natasha Lyonne made it to the panel, then Nicky must be coming back, right?

When asked, Lyonne gave a protracted-but-opaque response about her character, and then said, “No, I can't speak to that.” And while she wouldn’t speculate on the future, she was happy to talk about the past, recalling her first day when she walked in and saw Danielle Brooks rehearsing and said, “Damn, those are some nice TV titties.”

“I really felt like I was witnessing something pretty special, and I think it was in that moment that I realized that this show was a big deal,” she said. As for her character’s insatiable sexual appetite? “I do remember conversations about the Whack-A-Mole nature of addiction and how you put down some heroin, pick up some sex, and put down some sex, and pick up some sandwiches, or whatever. And I feel like Lea and I got to get into that in the second season a good deal,” she said about her contest with Lea DeLaria’s character, Boo, to see who could have sex with more inmates.

“I have basically two words for you: peanut butter,” laughed DeLaria, referring to her character’s sexual experimentation with her dog, Lil Boo. “I had to just trust that the writers, the director, that this is going to be edited in a way that it’s going to be really, really funny. ‘No one is going to get offended. You're not going to freak out. It's going to be great.’ I was, at first, pretty nervous about it.”

DeLaria also said she was struck by how similar her own background was to Big Boo’s when she first read the script. “Butches have a shared life experience,” she told the panel. “Being forced to wear a dress by your parents, the fact that my own community ostracizes me and thinks of 'nelly fags' and butch lesbians as, sort of, the pariahs of the community. The only difference between my life and Big Boo's is that my parents actually listened to me. They actually became people who understood that being comfortable in my own skin and having no apologies for who I am was an important thing in this world.”

As such, she is sanguine about the future, with the public’s embrace of Caitlyn Jenner and the recent Supreme Court ruling on gay marriage, and sees the show as playing a role in changing hearts and minds. “A large part of what we've done as a part of the politics of the LBGT community has been about gaining our rights, fighting for our rights, achieving our rights,” she said. “I feel very strongly that Orange Is the New Black has been very important in that part of what's happened to us and our community.”

While season four is currently in production, the cast was mum on details, with DeLaria saying only that she was in it and it would be out next year. So, instead of looking forward, they looked backward to the final scene of season three when the inmates take advantage of a hole in the fence to commune in a nearby lake.

“I cried throughout the entire lake scene,” confessed Selenis Leyva, who plays Gloria Mendoza, mother figure to the inmates. “I saw all the stories come together, and it was beautiful, and everyone's journey was very clear.”

While most of the cast confessed to freezing their butts off in the lake, Uzo Aduba frolicked like a kid. “I thought it was gorgeous and such a freeing moment where for three seasons, you've been watching this tension really build of these people who have never been beyond that fence. It was interesting getting to watch these women, even if it was just a glimpse, of who they are when they are not in this world, because they got to step outside of it for that one breath. You see that they're joyful, loving, full, happy people,” she said. “Maybe I just got myself ready to be like, 'it's warm outside.' I thought it was warm.”

NEXT UP
Beauty
This Viral Black Honey Lipstick Dupe Is Only $5
Beauty
Charli D’Amelio and Landon Barker Wore His & Hers Goth Manis To The Grammys
Entertainment
Ebony Riley's "Deuce Deuce" & 9 Other New Songs Out This Week
Culture
13 Valentine’s Day Gifts Under $100
Style + Culture, delivered straight to your inbox.