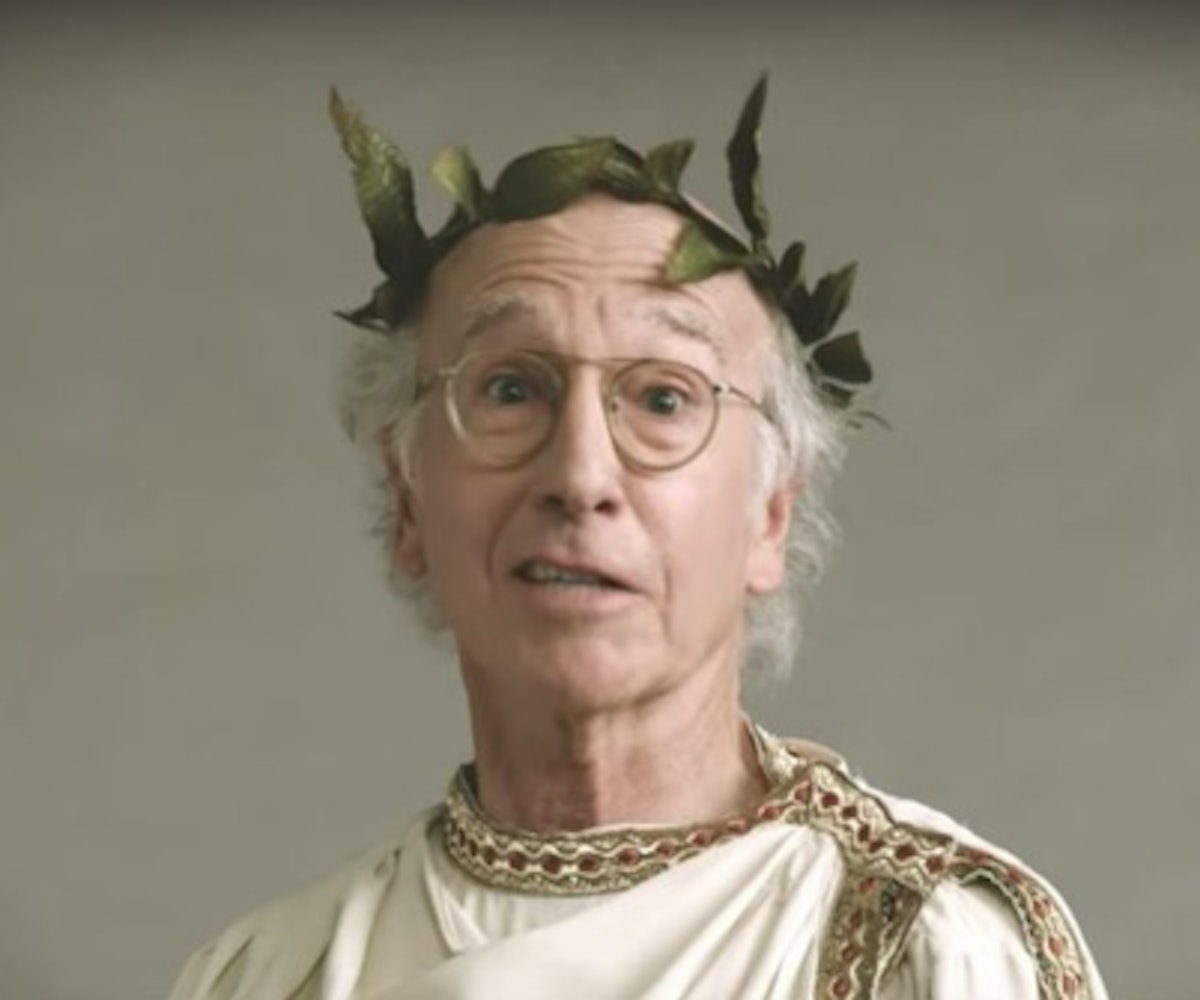 This Sunday, six years after its last episode aired and 17 years after its first one did, Curb Your Enthusiasm is finally back for a ninth season. This is a big deal, not only because Larry David hinted in multiple interviews that this moment may never come, but also because Curb is a universally beloved, groundbreaking television show. Have you ever come across someone who says they don’t like it? You have not because that person doesn’t exist.

In anticipation of the HBO comedy’s return, retrospectives have begun popping up all over the internet, but the best one is easily Origins, a new podcast from James Andrew Miller, who through several best-selling books has established himself as the maestro of oral histories. Miller has compiled the definitive histories of American institutions like ESPN, Saturday Night Live, and C.A.A., by interviewing the major players involved with them. With Origins, he gives the same treatment to Curb Your Enthusiasm, except through the power of audio, you actually get to hear the stories told from the voices of those who experienced it, making Origins the best way to get reacquainted with Larry David, his tortured psyche, and the incredible cast of characters he brought into this world.

The series features interviews with Jeff Garlin, Susie Essman, Cheryl Hines, J. B. Smoove, Richard Lewis, and Ted Danson, all of whom speak of the incredible creative alchemy that happens when filming a show without a script. (Curb is improvised, and it's amazing to hear how these talented performers often just wing it). And because Curb is a series that likes to blur the lines between reality and fiction, the actors discuss the differences between their characters and their IRL selves. Essman plays the fiery-tongued wife of Larry’s manager Jeff and is known for going nuclear on her husband and Larry with a pinpoint barrage of perfectly timed F-bombs. But you'll be surprised to discover that Essman, whose day job is stand-up comedy, is pretty mild-mannered and nothing like the character she plays on TV. That doesn’t stop people from approaching her on the street and begging her “to tell them to go fuck themselves.”

The podcast’s MVP—maybe even Curb’s MVP—is J.B. Smoove, who steals the third episode. In it, he tells a very entertaining and poignant story about how he went from Curb fan to Curb cast member. After his contract as a writer on SNL was up, Smoove underwent some soul-searching, when an audition for Curb Your Enthusiasm fell in his lap. Smoove, who walked into the room in character, was not expecting David to be there waiting to improvise a scene with him. While startled, Smoove never broke character, and comedy history was made. To hear the story told in vivid detail by the people in that room is to understand the chemistry between David and Smoove that has been one of the hallmarks of the show's appeal.

Origins is packed with moments like this, moments that help to explain and understand why Curb Your Enthusiasm is so beloved not just by the people who watch it, but by those who make it, too.