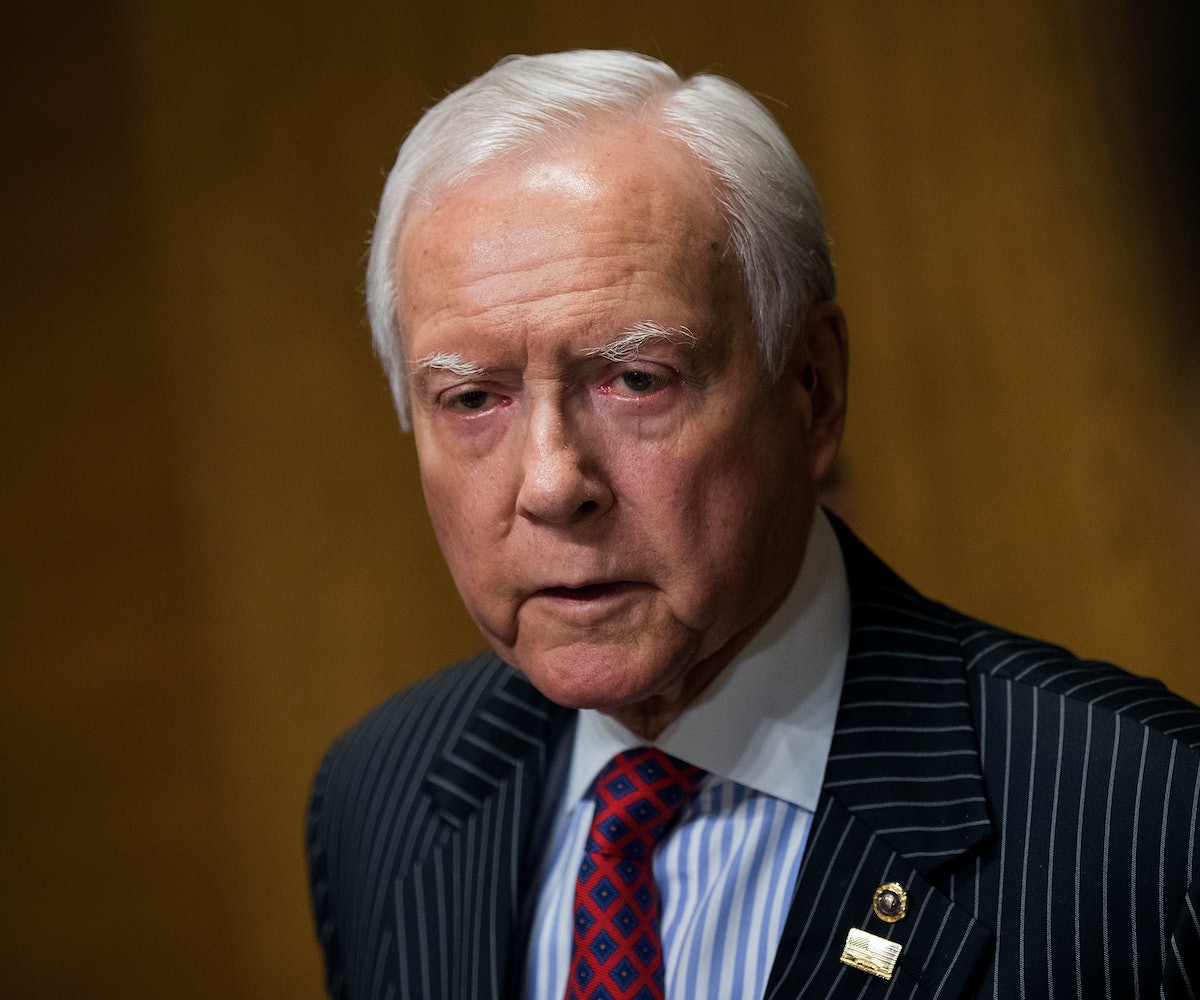 As a result of the impending confirmation vote for Supreme Court nominee Brett Kavanaugh, protestors have taken to the Capitol to voice their disgust that a possible sexual assailant could be confirmed to the highest court in America. These protestors have been targeting Republican senators, who are likely to vote in Kavanaugh's favor. While most of the senators have simply ignored them, Utah’s Orrin Hatch snapped at protesters, telling them to “grow up.”

In a video posted to Twitter, one protestor asked Hatch, who was hiding behind his security detail while waiting for an elevator to come, “Why aren’t you brave enough to talk to us?” At first he simply tried to wave her away, to which she said, “Don’t wave your hand at me, I wave my hand at you.”

As Hatch made his swift getaway into the elevator, he told the group, “When you grow up, I’ll be glad to talk.” The videos caption details that some of the women in the group were survivors.

“How dare you talk to women that way! How dare you,” the protestor retaliated, while she and others in the group attempted to hold the elevator. You can see Hatch continue to wave the protestors away, while one member of his security detail forcefully tells them to step away from the elevator door. “You’re going to get arrested,” he told the group.

One protestor, Kathy Beynette, said in an interview with the Washington Post that she was “deeply offended” by Hatch’s response. “I know there’s no chance of him ever voting on Kavanaugh the way we would have him vote, but I would want him to see me and understand in this century that we live in women are entitled to respect,” she said. “There are no laws regulating your body and I don’t want any laws regulating anybody’s body. Instead he just flicks us off like we were dirt on his shoe.”

Hatch's spokesman, Matt Whitlock, said in a statement that Hatch did not know that some of the women were survivors of sexual assault.

NEXT UP
Culture
A Britney Spears-Inspired Musical Is Coming To Broadway
Culture
An Exhaustive Breakdown Of The Balenciaga Controversy
The Art Issue 2022
What It’s Like To Be A Tattoo Artist To The Stars
The Art Issue 2022
True Life: My Partner Is Obsessed With NFTs