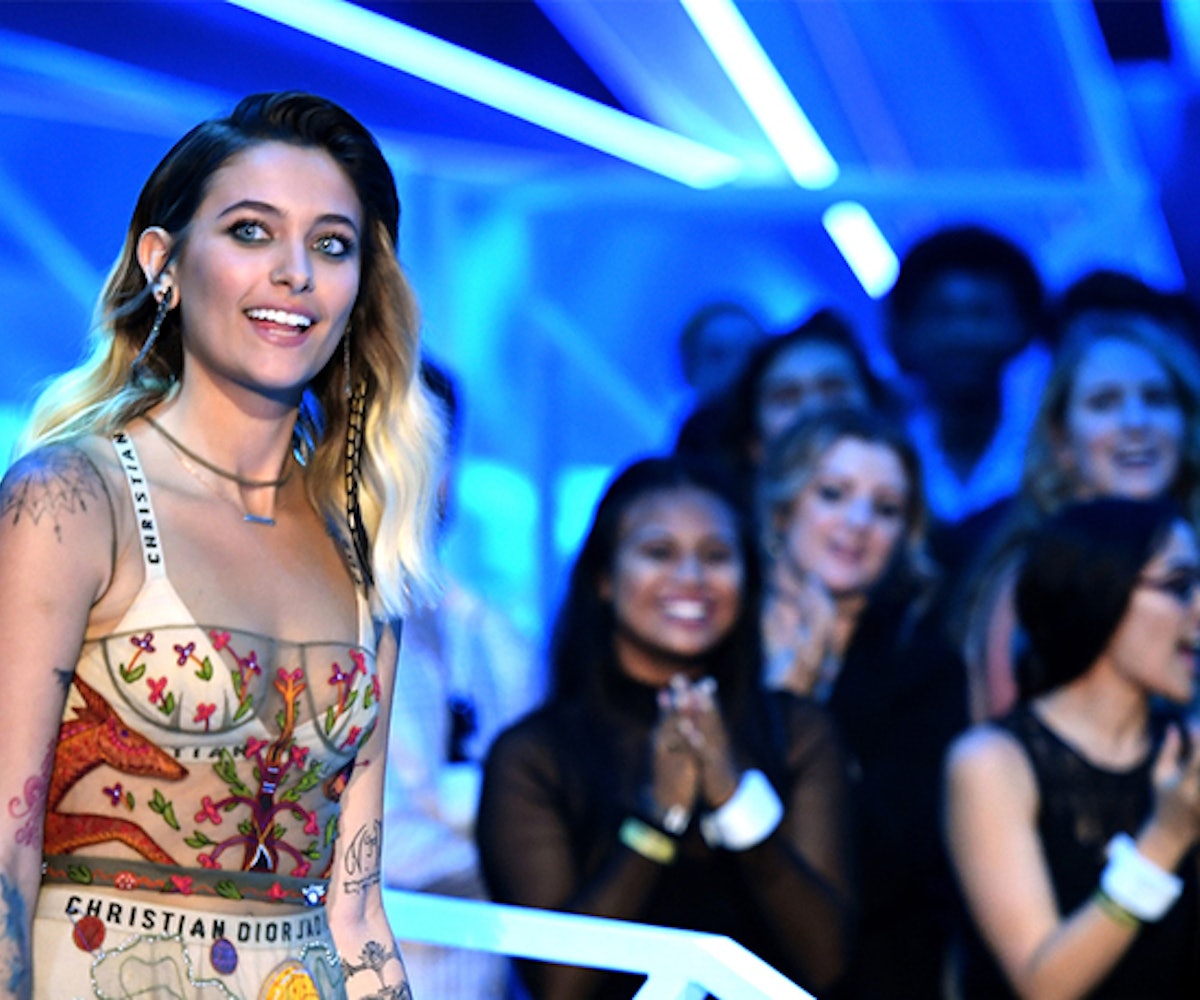 Katy Perry began the 2017 MTV Video Music Awards with a limp attempt at political commentary with vague references to the messed-up state of the world in the form of a fidget spinner joke. But right after, Paris Jackson took to the stage to present the award for Best Pop Video—and showed both Perry and Donald Trump how it’s done. “There’s a lot of love and light here tonight,” she said. “There’s a lot of diversity and a lot of potential power. If we were to all put our voices together, do you realize the difference we would make?” And then, she took the night’s first direct shot at Trump. “Our impact? It would be huuuge, believe me,” she said, imitating the president.

And then, in calling out “white supremacist jerks,” Jackson did not mince words. “We have zero tolerance for their violence, hatred, and discrimination. We must resist!” she shouted to a galvanized crowd. There’s still a lot of the show left, but it’s a sign that this year’s VMAs, which is typically a fairly apolitical broadcast, might take on a very different tone this year. It’s also worth pointing out that Jackson just called out white supremacy with more fire and conviction than Trump could ever muster.