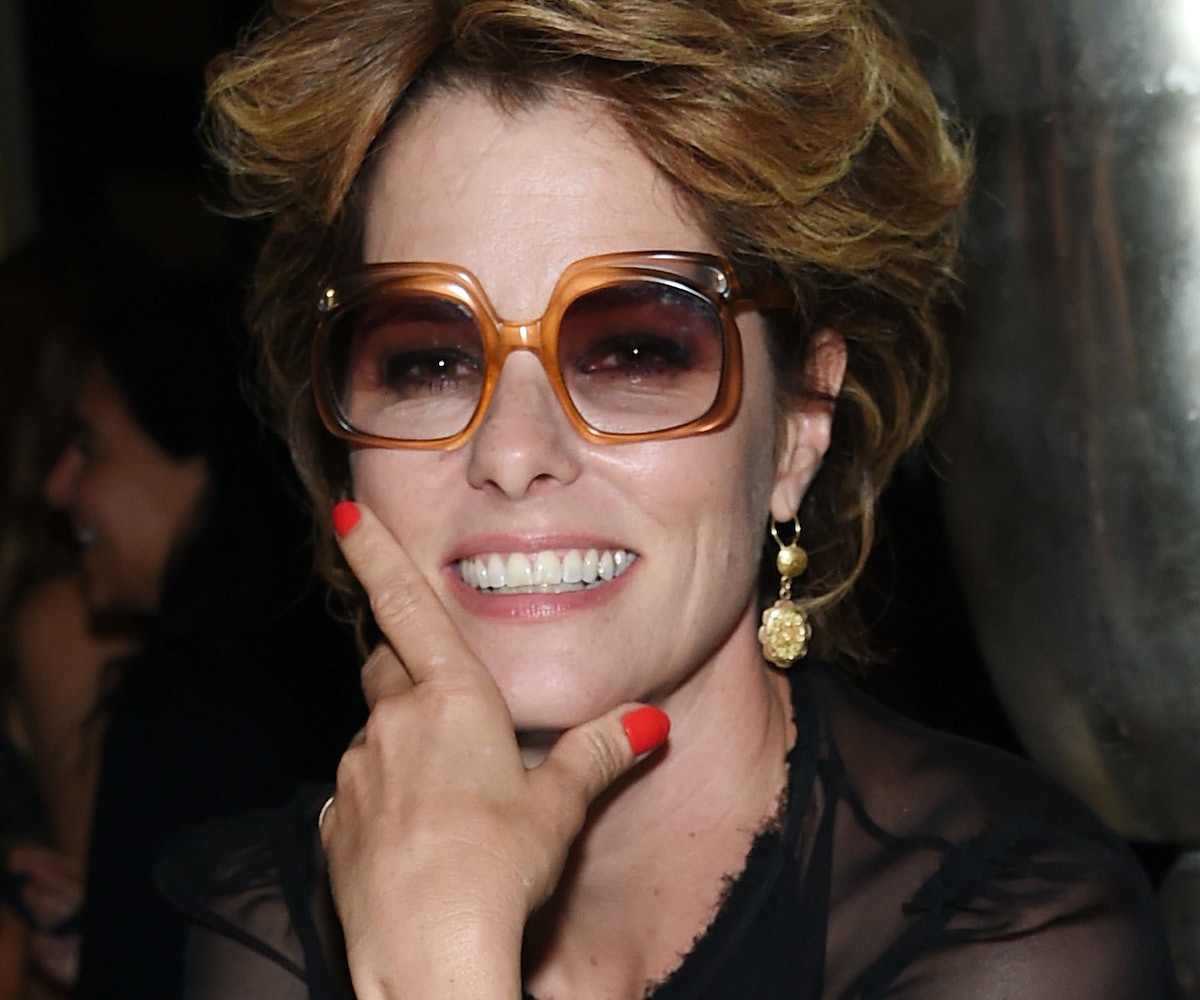 It's hard to believe, but until last year Parker Posey had yet to show up in a Woody Allen film. Despite some close calls in the '90s when Posey was establishing her rep as an indie film icon, it wasn't until 2015's Irrational Man that she finally appeared in one of the prolific auteur's many movies. Now she's in another one, the period love story Café Society, which takes viewers back to the Hollywood's Golden Age. Posey plays Rad, a woman about town who shows Jessie Eisenberg's newbie the ropes when he first arrives to Los Angeles. We caught up with Posey to talk about recreating old Hollywood glamour, her outsider status, and her new love of Snapchat.

Why do you think it took so long for Woody to cast you in his films?

I know, right? The business has changed since the ‘90s, the ‘70s. There was a shift in independent movies, in financing, to make material that had a certain amount of A-list movie stars. So it just became a different system. In the ‘70s and ‘80s, you were like, “Oh, Woody Allen, he’s like, the New York guy,” and people in New York were in his movies, and he’s an independent filmmaker from New York. I met him twice in the ‘90s, for Bullets Over Broadway. It was for Jennifer Tilly’s role, who was perfect for that. So that was, like, 20 years ago, and I just think the way you look at his movies, he started going to Europe. The way movies are financed now, they have to have a star that has that clout.

When you’re reciting his dialogue, is it tempting to use his old movies and characters as a blueprint for how to say it?

His writing is so good that it just feels so natural. That’s just it. He’s just such a great writer. So, he was writing the words, but the words come from the complex feelings of the character, right? Then you have what they say, and it just rings so true, and you’re like, "This guy is a real master, a screenwriter."

What are some defining characteristics of his sets?

You’re not called to set until they’re ready to shoot you. It’s like, I’m done with hair and makeup, I’ll go and look at the set and see what’s happening, and you’re called to set and you open the door, and you’re in the Cafe Tropicale for the first time.

Did you model your character after any old Hollywood icons?

Kind of like Eve Arden. And I was reading this book, that this really sweet journalist gave me in San Francisco, by M.F.K. Fisher, The Gastronomical Me, and this Eve Babitz book, Eve’s Hollywood. And she goes back to the ‘30s, to Hollywood when it was amazing. And also this way of comporting myself, as I think women of an age acted, and carried their bodies a certain way, and delivered lines a certain way, and had a certain wit about them, how they spoke. I loved watching old movies as a girl. There’s a cabaret singer in this, named Cat, she’s a real cabaret singer, and she sings here in the city, so we were dying when we heard her sing. She talked about watching movies with her grandmother. I watched a lot of old movies with my grandmother. It was such a great time for women and how they carried themselves and how they interacted with people. I thought I would do more period pieces when I was in my 20s because I don’t really feel of this time right now.

Absolutely, 100 percent. I think the system works in a particular way, and I was an anomaly to that system, my success. I didn’t do it with them, and I don’t think they liked that. But there’s so many actors and performers that are outliers, and I’ve always been like, "I’m not a part of any club, I wouldn’t be happy as a member [of]." And just that feeling of being on the outside, and I definitely have that, and it’s good getting older because you feel more comfortable being that.

I want to ask you really quickly about your social media presence.

Thank you. I just joined social media this year, ladies and gentlemen.

You seem to be having fun with it.

I didn’t see that one.

It was just a play on broccoli rabe. I had put a piece of cheese next to the broccoli. And then I went, “broccoli robbed, Instagram.” [Laughs] I haven’t been posting in these few weeks because I’ve been busy writing. It’s been all-consuming. But now, I’m back at it.

Do you think you’re addicted to it?

Not at all. I mean, it was fun in the beginning to see the numbers rise and all that. Derek Waters from Drunk History was in town. Not to brag, just giving him a shoutout. And he helped me through it. But it’s something that you have to do, right? What struck me, and I really didn’t know this, was that the community is kind of an outsider community. It’s not something that really occurred to me. So that’s been nice to see.

I think I am. I don’t quite know. I met these guys from this company called Whosay, and they kind of showed me the ropes. And I was like, “Oh my god, Snapchat, how do I put on masks and put things on my face? That’s so fun!” I wasn’t into having opinions about the news because I feel like it’s going to be yesterday’s news at some point and it doesn’t lighten anything up. It doesn’t really help me breathe. You don’t know how crazy it is right now all over the world.

So you’re trying to have fun, more than anything.

Yeah, yeah, yeah. I have to be silly. Which you could say is the same as fun. Is silly fun?