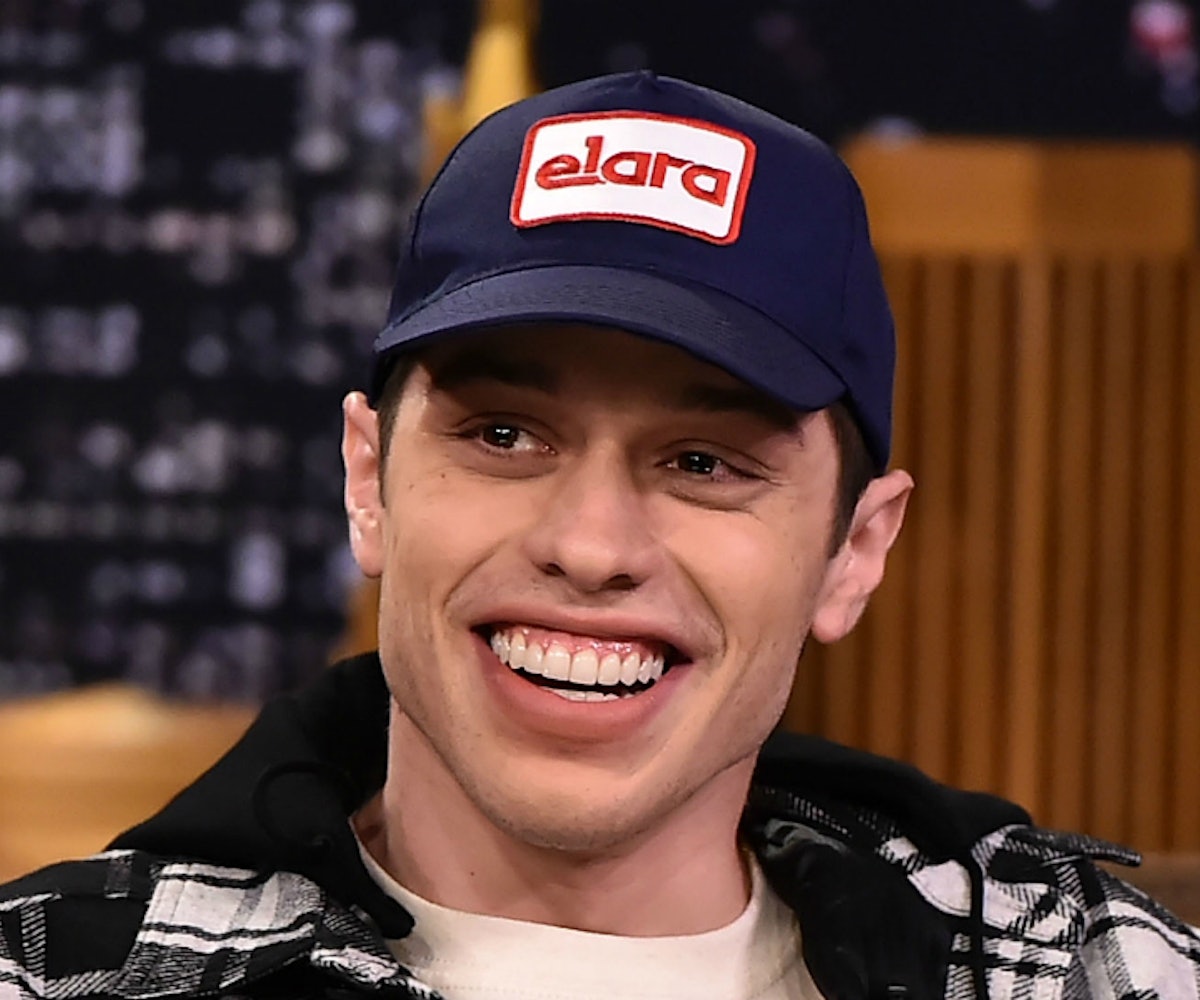 It's hard to imagine an Oval Office sketch on Saturday Night Live without Alec Baldwin behind the desk. In an alternate timeline, though, it could have been Pete Davidson in the hot seat.

Back in 2015, SNL asked all of its cast members, including Davidson, to give their best shot at Trump's signature, erm, charm. From the beginning, Davidson knew that he was the least suited person for the role. In a recent feature with Variety, Davidson said of the experience, “It was bad. First of all, I’m 10 pounds, so I looked insane. They made us all get dressed up and tanned up. I sounded like Thunderlips from Rocky III." After giving a solid attempt at his impression, he concluded, "It was a nightmare. If I could get my hands on this tape, it’s embarrassing as f**k."

We all know what happens next: Baldwin took his rightful place as the orange POTUS, and we still get occasionally blessed by Davidson's appearances as the resident young person on Weekend Update or gushing over fiancé Ariana Grande to anyone that will listen. Check out the full interview here.