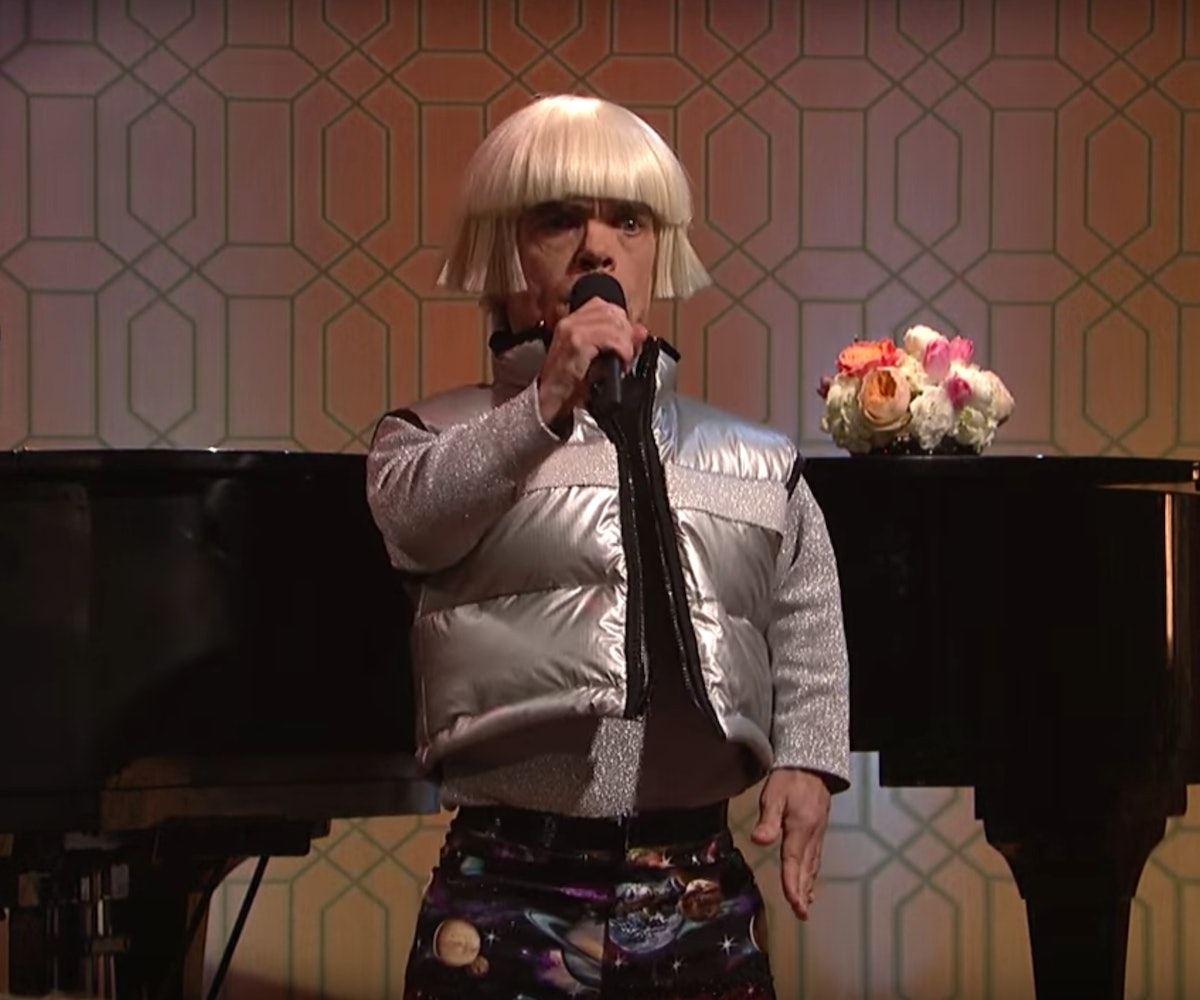 As expected, there were plenty of dragons and Game of Thrones jokes on yesterday’s Saturday Nigh Live episode starring Peter Dinklage. Not expected? Peter Dinklage a skit involving space pants to be the most talked-about bit of the night.

Disappointingly, Peter Dinklage was the least exciting part of the Game of Thrones sketch, which was a play on a behind-the-scenes look of the show’s sixth season. He was certainly fine at playing himself, but the scene would have fallen flat without Bobby Moynihan as the over-exuberant motion-capture actor playing the dragon Drogon, awkwardly swooping in a skin-tight motion-capture suit complete with a dragon head on a green broom handle. Even better were the actor’s pitch-perfect dragon squawk and bumbling, sad-sack foibles including peeing in his suit and interjecting comments during scenes. Also, can we see more of Taran Killam’s spot-on Iain Glenn impression this season?

Arguably the best part of the night was the “space pants” skit, which featured Dinklage as a postmodern nightclub performer who disrupts and distracts the shady dealings of the mob with a Devo-like song about the cosmic pants he’s wearing. As mob boss Bobby Moynihan starts to threaten his two lackeys at the table, they keep getting interrupted by Dinklage’s increasingly bananas song, featuring lyrics such as “Look at my pants with the eyes in your face, my legs are covered in outer space.” The skit only works because of how completely Dinklage commits to this uber-serious character, who is later joined on stage by (equally B-A-N-A-N-A-S) Gwen Stefani in, you guess it, space shorts. Nothing about this sounds like it should work but trust us, it does.

Check out both sketches below and get ready to hear about space pants all week.