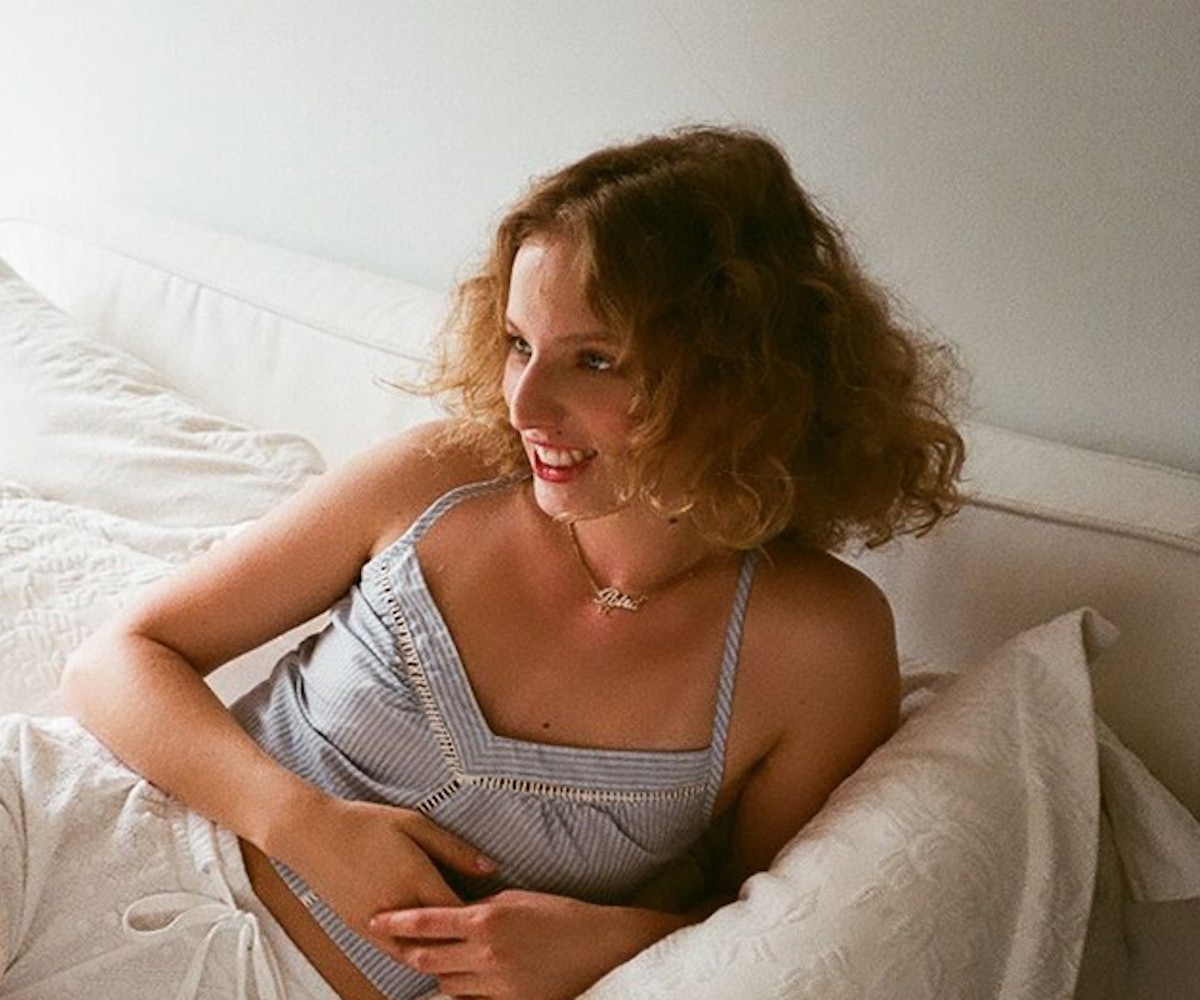 The conversation surrounding female body hair and menstruation—topics previously considered taboo and inappropriate for public discussion—has recently bloomed, thanks to a growing number of women redefining what is considered beautiful. Renowned photographer Petra Collins is a figure contributing heavily to this movement, speaking out about the issue in a recent "What's Underneath" video with StyleLikeU, a platform that encourages self-love and expression.

In the video, Collins opens up about her own past struggles with self-image and being influenced by the standards of beauty endorsed by society—all while removing pieces of her clothing to reveal her honest, physical self. While the 22-year-old has always actively encouraged others to embrace their true identities in her career, the video begins with her confession: "As much as I preach self-love, it's still hard to practice it—when it's yourself."

Collins shares anecdotes from her own life and the moments when societal definitions of what is feminine had negatively impacted her. She recalls how much she loved to dance (a passion prevented by an injury), and the shock she felt when a former dance teacher told her that her hips were "too wide," so she "could never be a dancer." Collins also shares that her insecurities with self-image augmented in middle school when "the female role models were The Pussycat Dolls and Paris Hilton" and "[OXY Pads] were the thing." Her reflections are easily relatable, and in a statement that many girls probably understand and have also felt, she confesses, "I just did what I was told." Unfortunately, her desire to fit in with society's ideals of female beauty pushed her to becoming victim of an eating disorder.

Her decision to subvert the ideals endorsed by teen magazines and media began when she started taking photos. "I really had these strong feeling of [wanting] to be my own person, and strong and sexually empowered," she said. Not really knowing what this truly meant, she explains that not shaving was her "first step to accepting [her] body as it was." Despite the initial discomfort of this decision, she came to realize that it was simply reprogramming herself to not care.

Her decision grew into a full-blown study of female body hair, through which she found that there were no scholarly articles on the topic. And any articles that did address it were not medical and only viewed it as "excessive." She compares its hush-hush treatment to menstruation, a definitive biological characteristic of a woman, which, ironically, is rarely spoken of and

sometimes even forgotten about.

She reminds that ads, not even those for razors, "never show hair" and in commercials, menstruation is represented as "a blue dot."

Collins' video raises incredibly important questions about how these things should contribute to women's beauty, instead of being ignored and removed. "Why do I buy things everyday to get rid of something that my body is just trying to grow?" she asks.

, and the world freaked out, claiming that she had "forgotten" to shave them—instead of even considering whether Roberts simply wanted to let them be. Since then, celebrities like

are expressing the same views as Collins, redefining the role female body hair has in the realm of traditional female beauty. Videos like Collins' are just more building blocks to reaching the point where individual expression and self-love will trump society's expectations of female beauty and femininity.