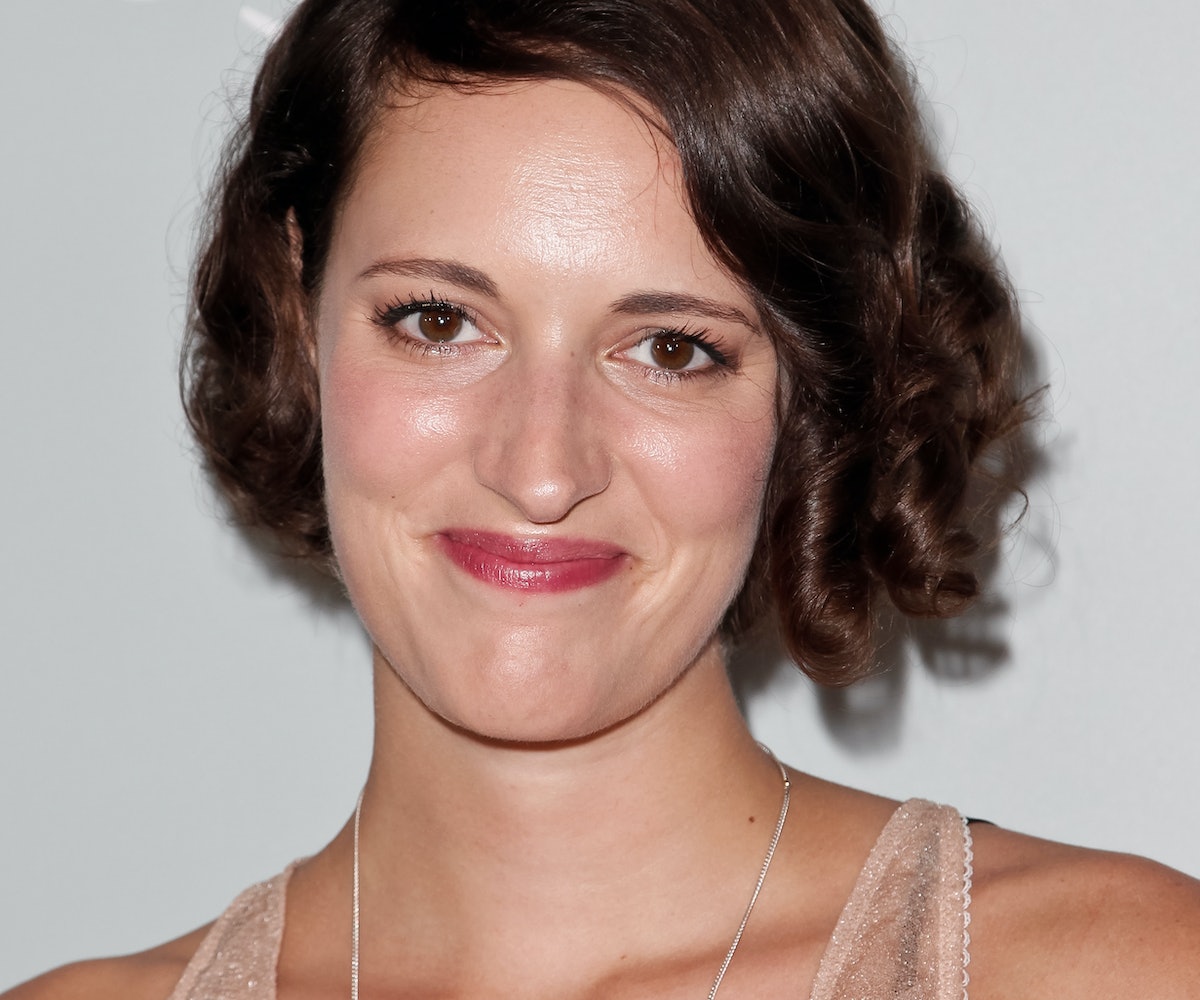 But in the television version of Fleabag, the crass humor—much of which sprouts from Fleabag’s dating life and sexual misadventures—acts at first as a distraction from an underlying sadness that is revealed as the show progresses. Its main character, whose real name we never learn, owns a faltering cafe. She's got an uptight sister that she can't connect with, and a mother who died when she was young. She dates excessively and breaks the fourth wall repeatedly, addressing the audience as if we're her only friend. The pilot is hilarious, but it is also coated in melancholy and ends with a reveal that explains why. We spoke to Waller-Bridge about living with this character for so long, the difference between good feminism and bad feminism, and writing an Obama masturbation joke.

Because you’re on Amazon, you didn’t have to contend with traditional network censors. Did you ever consider censoring yourself?

There are always those moments. I did just try to find the boundary line. I think I found it pretty early on because it was a play first, and in a couple of the previews I definitely crossed a line before rewriting. I found a lot of the kind of limitations at that stage, so with the show I knew pretty much that as long as it felt truthful and there seemed to be a point to it or there was a properly good punchline to something, or I felt like it was an earned moment of candor or explicitness, it was fine. I think the moment anything felt a bit gratuitous or sort of gross, that was kind of the line.

So Amazon never came to you once and told you not to do something or take something out?  That must have been so freeing.

It was amazing. There was one conversation. In the play, I killed a guinea pig, and that was the one rule—don’t kill the guinea pig. That was the BBC. They’re like, “Humans can do whatever they want to each other, they just can’t kill a defenseless, little, fucking guinea pig.” I wanted to kill it so badly, but they were like, “No.”

Where does the name “Fleabag” come from?

It’s my family nickname, which I know is dangerous to admit, because then it draws immediate comparison to the rest of the character.  But I had written the play and had no idea what to call it, and I knew I wanted her to remain anonymous, but I wanted the play title not to be like, Woman Distressed or anything awful like that. And then my mom called me, and she was calling me Fleabag on the phone, and I was like, “Aw fuck, that’s a really good title for this!”

Speaking of your mother, are you able to watch this show with your parents? Because I think a lot of people won’t.

Oh, yeah! I’ll tell you what it is. I think if it is gratuitous and over the top or whatever, then that’s one thing, because I always remember watching sex scenes with my parents was very difficult, but it was mainly just because normally you see a lot of flesh and that kind of stuff. But actually, it’s very important to me in this that it wasn’t explicit physically. There’s no full-on physical mushing at any point, but that means that the language makes people uncomfortable and I think that’s a really exciting thing to explore. Like, I can’t say, “ass fucking” in front of my dad, but I do.

You’ve spent so much time with this character?  What is your relationship to her now?

I really want her to be happy, but then I also don’t want her to be happy because then for the second season, she can’t just be happy. No one wants to see that. When I was writing her to begin with, it was really a guttural experience of just, “Ugh, write this really fucked up, damaged, contradictory woman!” And there was a kind of rage behind writing it. And by the time we had made the pilot, I was way more settled, and so I had to go back into that mindset.

You initially wrote that character to deal with your own questions and things you had read about sex and feminism.

For a show that’s set in the present day, I noticed there’s a lack of text messaging on the show. Was that deliberate?

Yeah. People communicating through technology is boring for me to write. I’m not very good at it. I know there is so much to mind in it. Love did it brilliantly, but for me, just always a shot of a phone isn’t as exciting to me as a shot of somebody’s face or the moment people bump into each other. I just find that I want to see the live moment, even if it seems contrived.

Bad feminism is feminism that doesn’t actually mean just equality between men and women. I suppose that’s for me the kind of basic, fundamental truth of what feminism is about, and the rest of the stuff that gets confused in it, the contradictions, the other things that get tangled up in it—like whether or not if you can change the way that your body looks if you want to. To me, that’s just pro-choice; it’s common sense to let people do what they want to do. But about how much sex you want to have, how you talk about yourself as a woman, if you want to have babies or not, all that kind of shit, to me, that’s all just white noise around this really clear, central idea, which is that everyone should have equal opportunities.

Oh, no. I wanted it to feel incredibly real—like really, really, really real, which then afforded the slightly silly moments. But yeah, there are some more surreal bits, and I definitely wanted to dip into surrealism to make a point about something or have a little bit of a wink, because at the end of the day, it is still a TV show, it is still entertainment, it is still a bit fun. But I think I wanted it to feel uncomfortably real and truthful. I wanted to desperately try to disarm an audience by them going, “Oh, wow. This feels quite truthful.”

Can audiences expect a will-they-or-won’t-they storyline between you and a romantic interest?

No, actually! It’s just a carousel of unfortunate victims!

How autobiographical is the character?

Her trauma and madness and obsessive kind of self-hatred is not autobiographical, but it all definitely comes from a very personal place. I knew starting out that the most important thing was getting a particular type of audience reaction. I want them to laugh, laugh, laugh, and then feel guilty for laughing, and then cry. That was always going to be the aim, so it wasn’t sort of me going, “Oh, these are funny stories in my life, I want to say these in front of people.” That kind of came after.