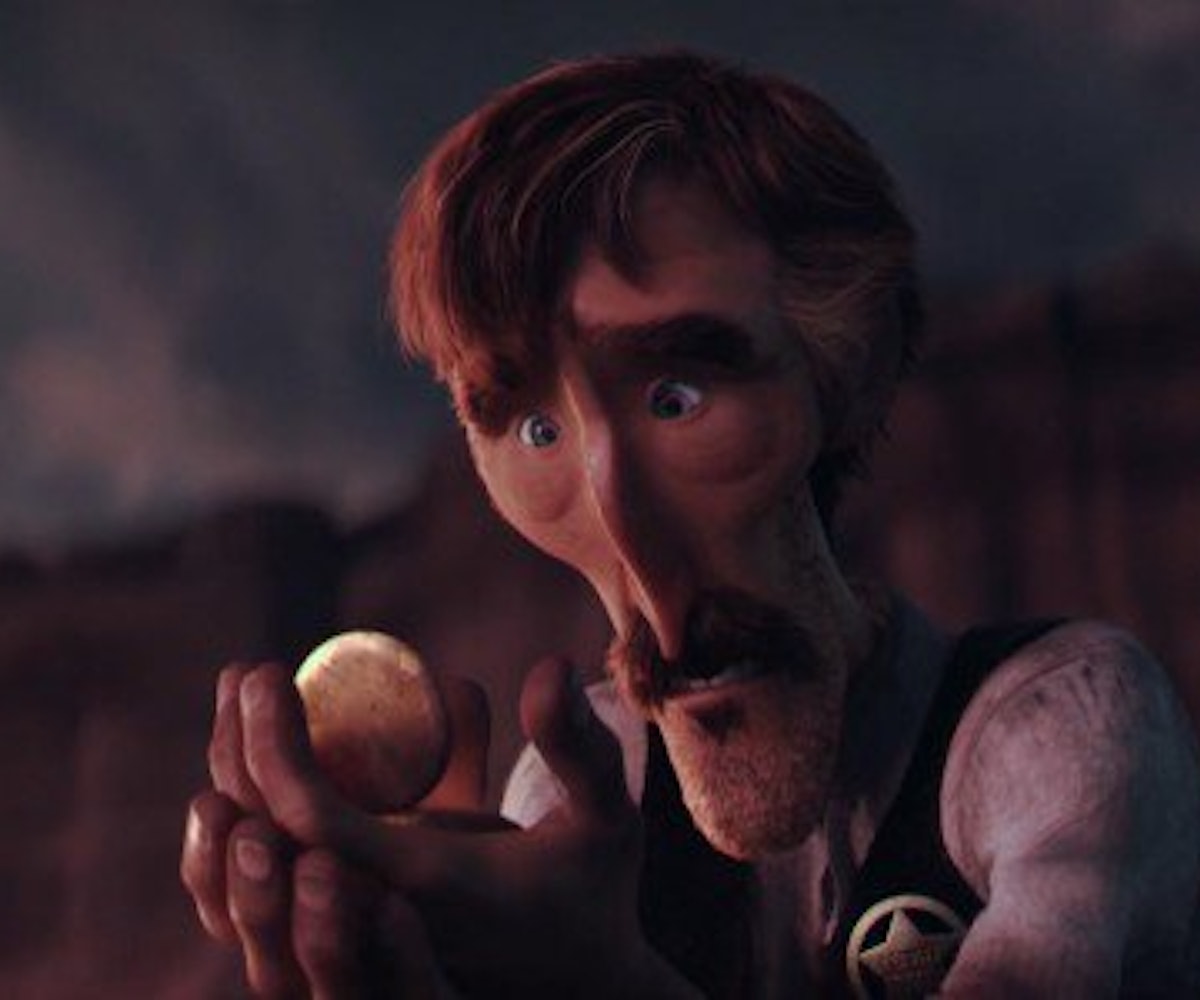 Close your eyes and think of the first film genre you associate with the themes of guilt, loss, grief, and existentialism. An animation is probably the last thing that comes to mind, but Pixar is about to change that.

Lou Hamou-Lhadj and Andrew Coates just dropped a new short film on the world about the dark hollows of human existence. Though animated in the same style as Pixar's previous works—you know, the ones full of friendly monsters, comedic sea creatures, and talking cars—Borrowed Time juxtaposes dark emotional motifs with our preconceived notions about cartoons.

The film follows an isolated man trudging through the barren West as he indulges in flashbacks ridden with death, loss, and grief. Each flashback brings him closer to his own self-destructive behavior and eventual emotional breakdown. Remember, this isn't a French indie flick we're talking about, this is an animated short brought to you by the guys behind the Amy Poehler-led Inside Out. Perhaps Pixar felt exhausted from having to depict scenes of joy while only shallowly exploring sadness. (Does Toy Story 3 ring a bell for anyone?)

In a featurette posted on Vimeo, Hamou-Lhadj confessed that the goal for the creative duo was to "make something that kind of contested the notion of animation being a genre and one for children specifically. We really wanted to make something that was a little bit more adult in the thematic choices and show that animation could be a medium to tell any sort of story.”

Borrowed Time will surely transform the way future storytellers open up to the world. We hope Pixar explores these existential and nihilistic vibes further; to not provide us with some full-length moody pieces would be a crime.

Watch the short movie above.