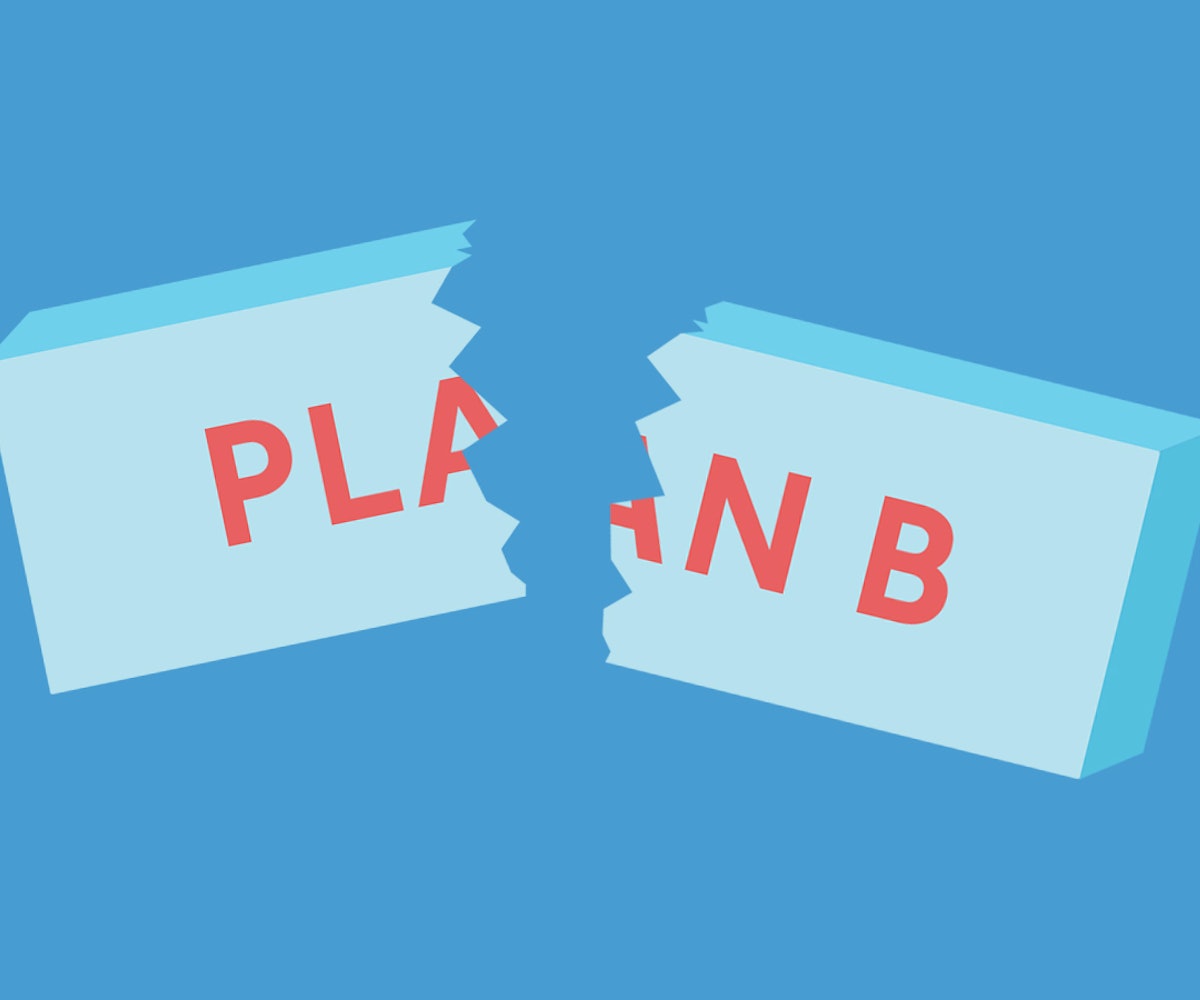 On its website, Plan B One-Step specifically advertises itself as a high-dose hormone pill used to help prevent pregnancy. It’s labeled as being “generally safe and effective,” “accessible,” and warns of potential side effects like inconsistent periods, nausea, and tiredness. What it fails to mention is that it might not be as effective for women who weigh more than 165 pounds, a segment of the population that happens to include millions of American women.

The correlation between a women’s weight and the effectiveness of the morning-after pill is a complicated topic that started in 2011. A study done by the Contraception journal found that obese women were three times more likely to become pregnant after taking the morning-after pill than women with a normal BMI (which is typically between 18.5 to 24.9). According to the CDC, the average BMI for an adult woman is 26.5. People freaked out, and understandably so.

Then, in 2013, Norlevo (the European version of One-Step) placed a warning on its boxes, saying that the pill might be less effective for women who weighed 165 pounds or more and was completely ineffective for women weighing 175 pounds or more. Then, the European Medicines Agency stepped in with the ever-vague messaging that “the data available are too limited and not robust enough to conclude with certainty that contraceptive effect is reduced with increased bodyweight.” Basically meaning that, despite what the number on your scale reads, emergency contraceptives remain a viable option for all women.

One way that women have worked around the uncertainty is by taking more than one dose of the medication. Fusion brought up this method today and acknowledged that even if this is an effective (if expensive) workaround, it is not one that will be endorsed by the pharmaceutical companies, because "it’s risky to tell heavier women to buy an extra dose: Theoretically, if you made women over a certain weight shell out an extra $50, it could be grounds for a class action suit."

Ultimately, you should consult your doctor if you have serious concerns on the topic, and let this serve as a reminder that the problems women face when it comes to getting accessible and effective health care are real, and that's why it's essential to have people in politics who are working toward making health care more affordable and comprehensive for all Americans, not just the most privileged among us.

NEXT UP
Life
On The List (With Melissa Rich): The Highs & Lows Of Solo Partying
Beauty
My New Favorite Beauty Hack: Custom-Fit Whitening Trays Without The Dentist
Beauty
Meet Erika “Babygirl” De Leon, The B-Girl Who’s Empowering A New Generation of Female Breakers
Entertainment
Nobody Is Ready for Girlpool To End — Except Maybe Girlpool