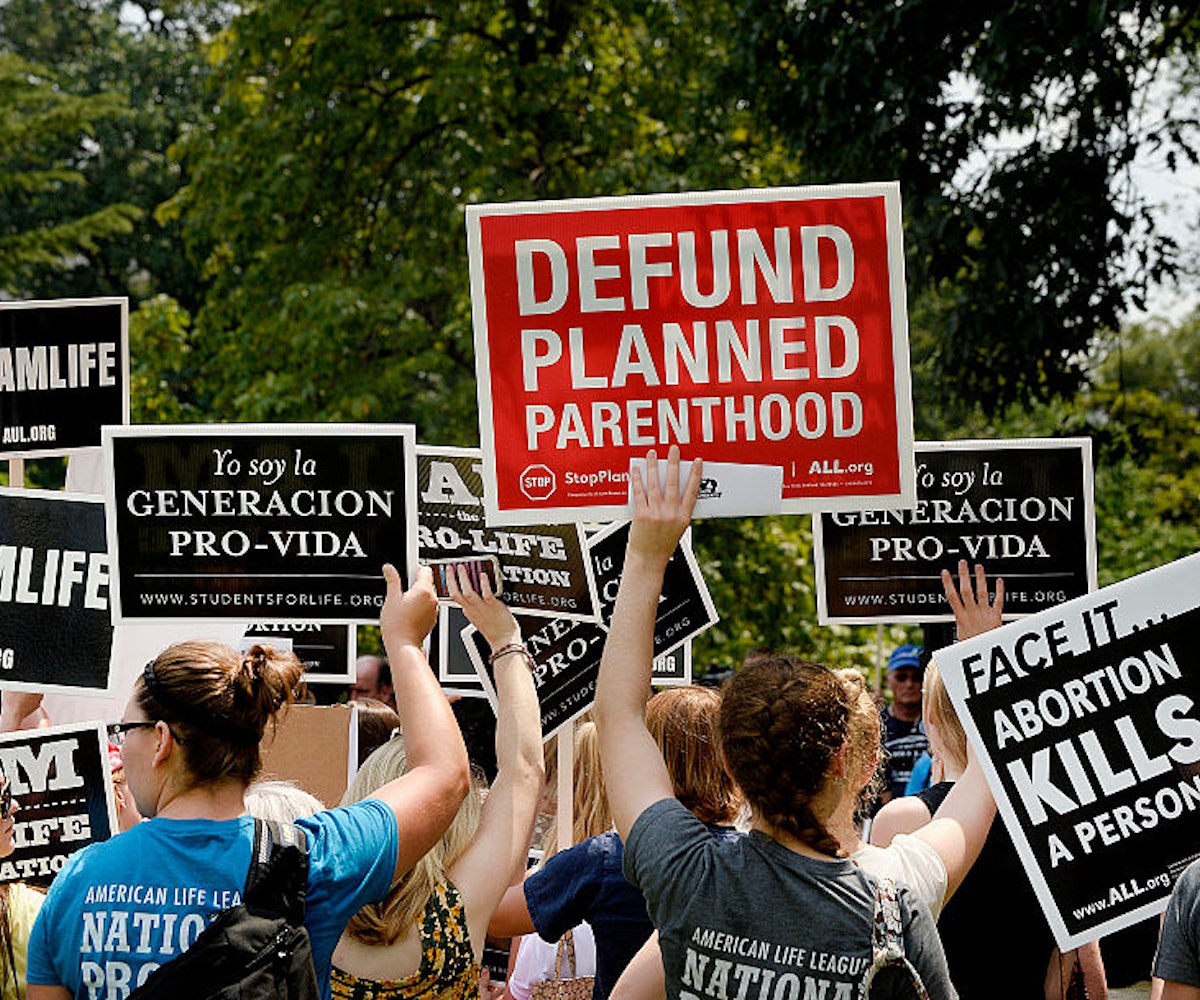 We knew it was only a matter of time before 2017 gave us reason to miss 2016, but we didn't think it would happen this fast. But here we go: Today, House Speaker Paul Ryan confirmed that Republicans will work toward defunding Planned Parenthood as soon as possible. The defunding of the national women's health care organization would come as part of the blanket repeal of the Affordable Care Act that Republicans are anxious to make happen, despite the fact that the majority of Americans—including Trump voters (who are a minority of Americans)—do not want to defund Planned Parenthood or repeal the Affordable Care Act.

Planned Parenthood receives approximately $500 million in federal funding each year, and while some branches of the organization do provide abortion services, none of the federal funds can be allocated for those purposes. Taking away federal funds from the group, then, only serves to penalize the millions of American women who seek services like mammograms, Pap smears, and STD testing.

The fight starts today. People of color, people living in rural communities and people with low incomes, who already face systemic barriers in accessing health care, would be most impacted by these attacks. We won’t back down, we won’t be silenced, and we will not let these politicians attack our health and rights without a fight.

This egregious attack on women's health care shouldn't really come as much of a surprise to anyone who's been paying attention to the news, but it's dismaying nonetheless. This is a move that will predominantly affect young women, many of whom are low-income and otherwise incredibly vulnerable. This is precisely the kind of thing that Trump thinks he can get away with because he knows that wealthier Americans can seek health care elsewhere. Abortion is a strawman in the conversation around Planned Parenthood, anyway, as so much of the incredible work that the organization does revolves around things like cancer screenings and routine medical checkups that are otherwise inaccessible for so many American women. The fact that Republicans have collectively declared war on the well-being of millions of American women must be taken seriously and responded to with the outrage which it deserves.

As Cecile Richards, president of Planned Parenthood, said in a statement today, “Two and a half million women, men and young people come through our doors every year for lifesaving care like cancer screenings, birth control, and STI and STD tests and they cannot afford to have basic reproductive health care attacked." The battle to maintain our rights to health care has begun.