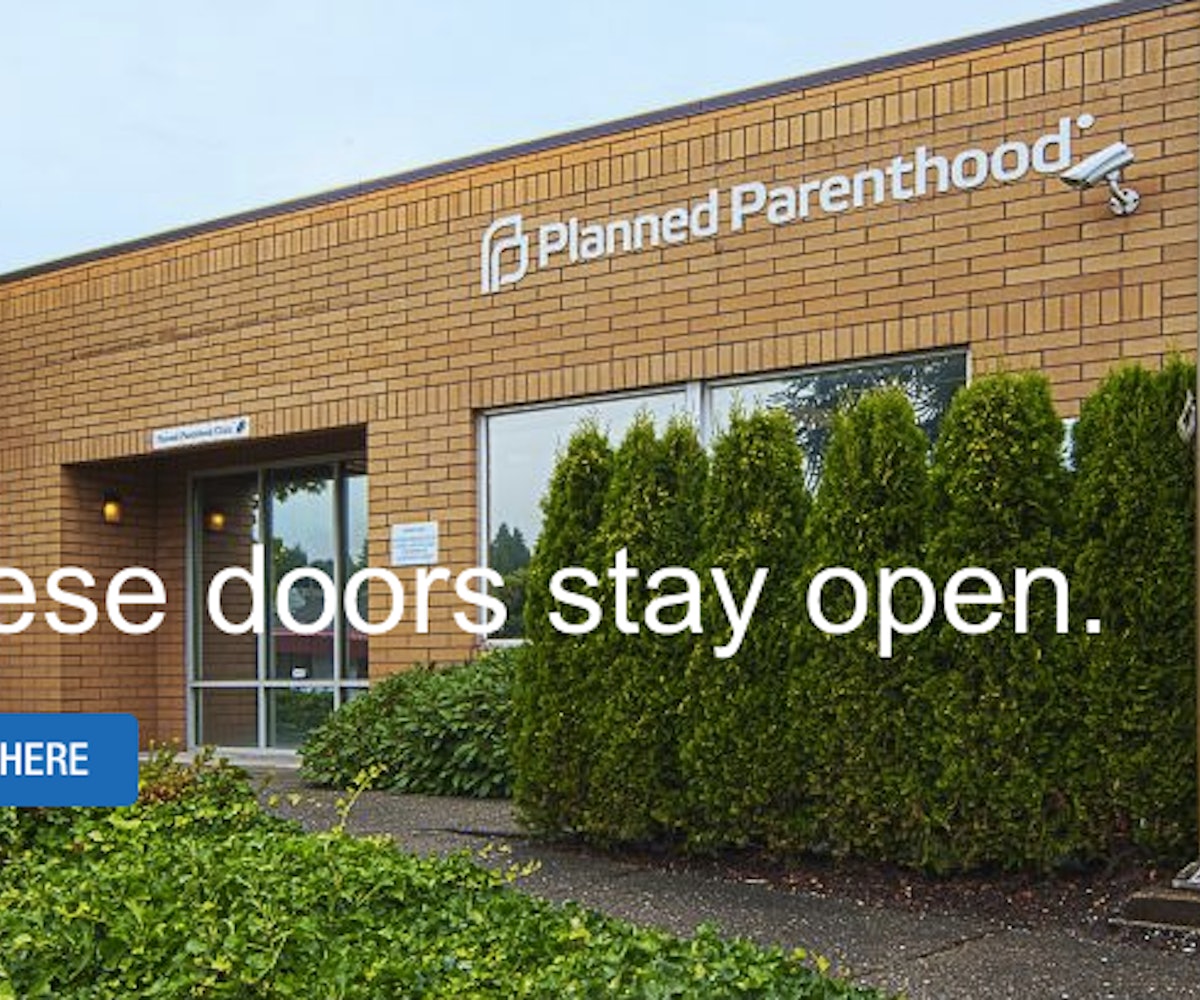 The rights of many marginalized groups are under threat now that Donald Trump has been declared our 45th president—including those of women. Trump has been clear that he is against equal pay legislation but perhaps even more strongly vocal about his stance against abortions. Many women are preparing for a forthcoming war on reproductive rights, some rushing to get IUDs while they’re still able. It’s a scary, unsure time for women’s health, but Planned Parenthood—an organization Trump has threatened to defund—is serving as a hopeful beacon of light.

Yesterday, in wake of the news, Planned Parenthood made it clear they wouldn’t go down easily. “We will never back down and we will never stop fighting to ensure that Planned Parenthood patients have access to the care they need and for the people who come from communities that need our continued support in this new reality,” reads a statement on Facebook, alongside an image of a Planned Parenthood clinic with the message “these doors stay open,” written across it. The note continues:

There was a similar positive attitude littered across their Twitter account. “We won’t allow the acceptance of institutionalized racism, sexism, & discrimination to become our new normal #WeWontGoBack,” one tweet reads. We have complete and utter faith in Planned Parenthood’s message, but if you’d like to ensure the doors aren’t forcibly closed in the upcoming four years, you can (and should) donate what you can here.