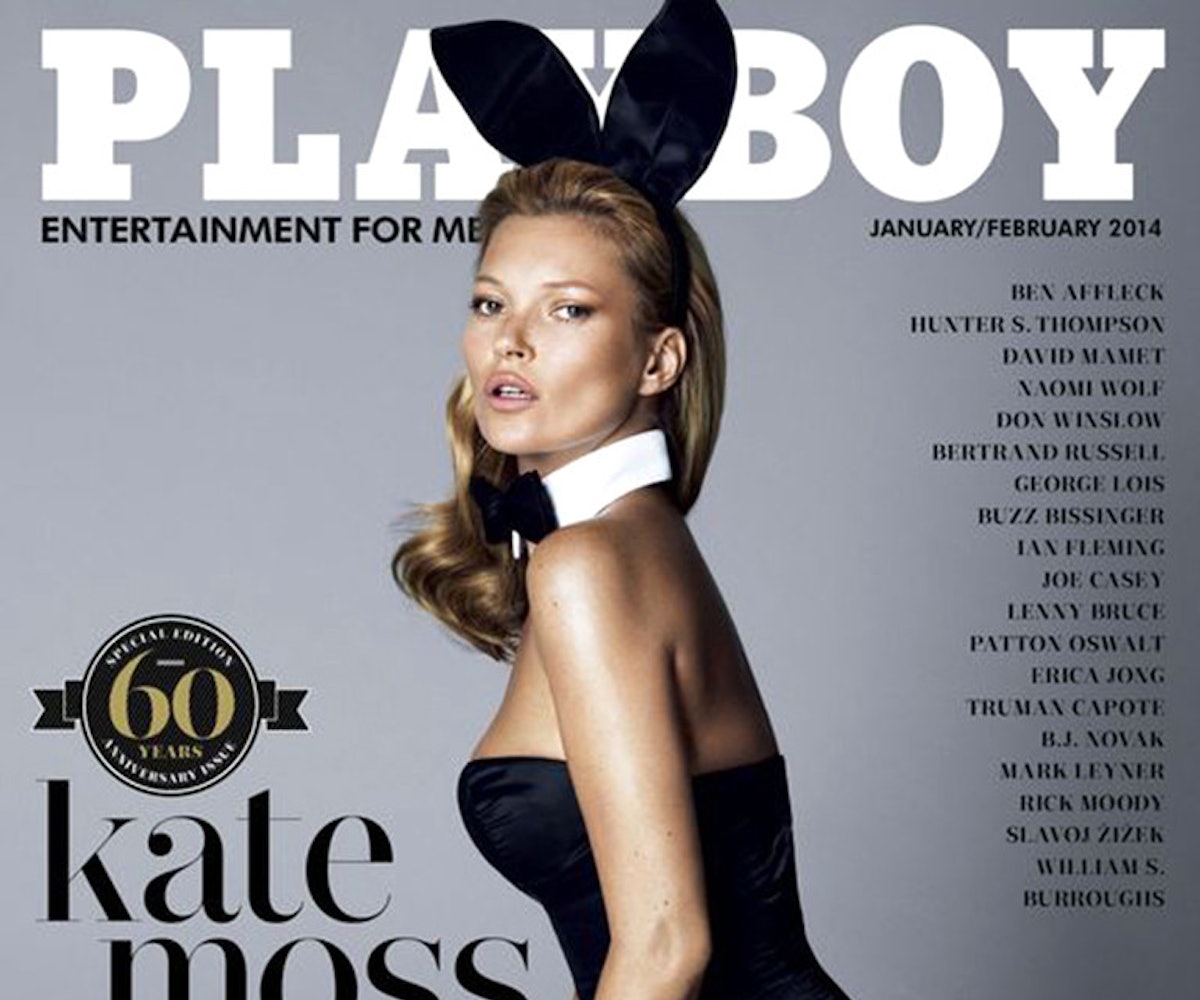 A statement released yesterday by Playboy enterprises states that, come early 2016, its flagship magazine will launch a complete redesign and, “for the first time in its history, will no longer feature nudity in its pages.” The release adds, “Playboy will continue to publish sexy, seductive pictorials of the world’s most beautiful women, including its iconic Playmates.”

According to the release as well as statements by outside experts and top executives at the company, the move is not only a response to the online torrent of instantly accessible, far more graphic still images and videos with which its rather tame photography could no longer compete, but also to the massive success of Playboy’s “safe-for-work” mobile and desktop editions—PG versions of the magazine’s often stellar written content. Simply, Playboy—a magazine that has been in jeopardy more than a few times in recent years—is eying growth by covering up.

It’s interesting in a cultural and business sense (particularly since this gamble seems like the magazine’s last, desperate chance at survival), but the change is, obviously, more than that.

For almost all of its 63 years, Playboy’s gauzy, relatively tasteful pictorials of conventionally attractive, often-famous women wearing little more than foundation and their genetic gifts were where young boys (including this one) first caught sight of nude females who weren’t their mothers.

Almost as often, it was where young girls first saw the naked bodies of the women they would measure themselves against. For better and very often worse, Playboy absolutely shaped the expectations of generations of men and women carried about female body and general sexuality—an early lesson for both sides in the male gaze and normative ideals.

It was, of course, all accidental—Hugh Heffner’s vision is surprisingly kind, sweet, and sex-positive despite the inherent misogyny of its “perfect” Playmate pictorials. Nonetheless, as often as Playboy’s nudes were a positive influence on young people that gave them permission to look at bodies as something desirable, it created traps for both men and women, straight and gay.

Now, post-Internet Era kids and teens come into sexuality through a world of highly graphic streaming videos. As Playboy Enterprises CEO Scott Flanders said, “You're now one click away from every sex act imaginable for free.” Those clicks lead to an endless selection of professional performers and amateurs offering more body types and more ethnicities than Playboy typically did, which is positive. The way those performers present sex, however (often aggressive and far less sweet than Playboy) is creating new expectations for new generations. How exactly that will all play out, we cannot say or know—nor can we know if Playboy will survive without nudity.

All we can say is that yesterday was the moment when Playboy explicitly handed over its position and responsibility as a gateway into sexualized nudity for both growing minds and the mainstream media over to the leaderless, mutlipositioned Internet. It's not a big deal—this process has been under way for at least 20 years. But in its finality, it's also a big deal.