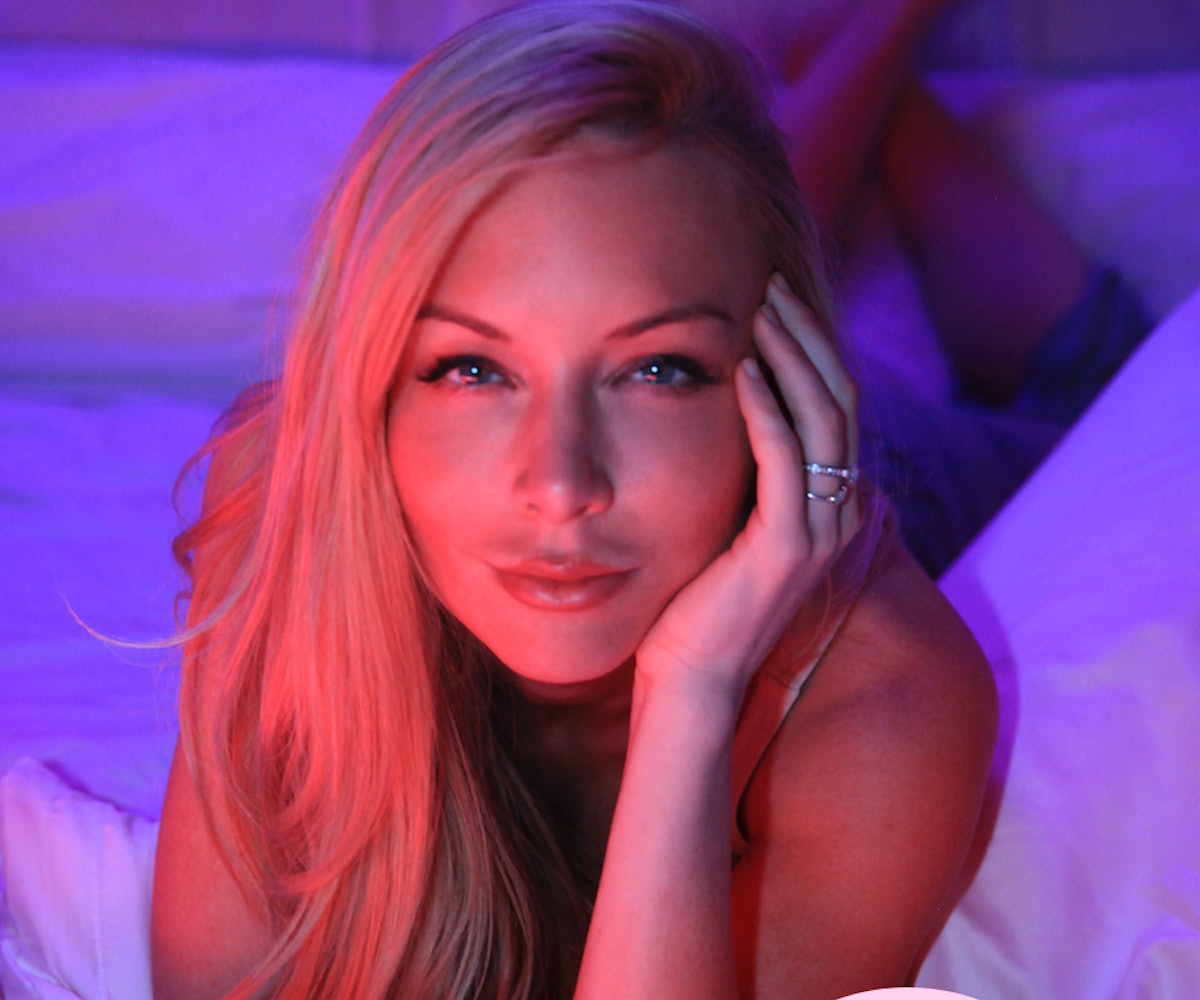 Question: I’m about to get married this fall, and we are going on a very romantic honeymoon. We have been together for a long time, but we usually have very basic sex. Do you have any suggestions on any new moves or activities to try so we can start the marriage off with a bang?

First off, congratulations! Life events are fun. At one point, a wedding night was a double whammy of a life event, but then we started allowing women to be fully realized adult human beings, complete with things like voting rights and sex lives. The virgin bride population took a hit with that shift, but hey, so did the patriarchy. Down with the man, and whatnot. That said, it is not uncommon to feel an absence in the place where a first (in theory) sexual experience used to be.

The good and horrifying news is that the wealth of new things you might think to try sexually until death do you part is vast and unspeakable. Roughly 99 percent of those things are probably laughable as a honeymoon experiment, but people like to laugh, so maybe the wedding night is when you finally try encasing yourself in a human-sized balloon so that you might later be able to share a lively discourse on the unexpected impracticalities of the incident. But really, don’t do that. As a rule, I wouldn’t suggest you try anything on your wedding night that requires special props. I wouldn’t even suggest a first anal foray as a wedding night treat, simply because it would be terrible to forever have your wedding anniversary share a date with the anniversary of the first time you pooped on him. Not that poop happens every time, but it does happen often enough to be considered potentially problematic. Save the props and the poop for all of the other nights of the rest of your lives. There will be many.

What I would suggest is tantric sex. I’ve heard a lot of arguments for what tantric sex is supposed to involve—things ranging from very specific practices and positions to theories more rooted in spiritual philosophy—but my real world experience is that tantric sex is an extremely intimate connection that focuses on your and your partner's breath, and is further enhanced by the sort of contact where your body mirrors your partner’s while you perform some of the more old-fashioned sorts of intimacies (like looking at each other). That is the starting place, anyway. Experts more knowledgeable than me take tantric sex to much greater levels, but it all begins when two people come face to face. Match your breathing first. The breath that he breathes out is the one that you breathe in, and the breath that you exhale is the one that he inhales in return. There is a very circular feel to the energy this creates. In order to do it effectively, you’ll need to really get in each other’s space. It’s sex, after all. It’s one of the only places where we’re not expected to maintain a three-foot distance from other people in order to appear polite. Make the most of it. Touch noses. Next, touch your palms together as you line your hands up with each other. From there, follow the course of what feels natural to you both, sexually speaking, but instead of attempting to reach orgasm, slow it down and delay orgasm for as long as you are able. Through it all, don’t forget to keep your breathing in sync. Keep your eyes open. I know I made that sound optional earlier, but it’s not. Keep all of your senses open. Some people recommend scented oils or candles or other pleasing smells. Some people recommend music. Most people recommend a clean and comfortable space. One caveat: The openness of the experience drudges up all sorts of touchy-feely emotions. With that in mind, I’d say my only experience-backed recommendation is to do this with someone for whom you really truly and deeply feel affection. Like a new husband, for example.

Q: I had surgery not long ago and have been on heavy medications. The meds have played havoc with my sex life making sex last for hours, seemingly never-ending. Normally this would be a good thing, but having to perform for so long takes a toll on my girlfriend. I was wondering if now would be a good time to bring in multiple partners. If I have the gift of major stamina then maybe I should get the most out of it?

Tantric sex aside, I’ve always been of the opinion that sex that runs for too long brings down the overall average of the session. I also feel this way about eating, sleeping, working, exercising, playing, and, in extreme cases, living. Studies support this. Your brain most enjoys a pleasurable sensation when it is first being experienced, and then a law of diminishing returns kicks in at some point between the first bite of cherry cheesecake and the last. If you eat too much of that cheesecake, you’re not going to want it again as soon as if you’d practiced some temperance. In this case, you’re the cheesecake, and if you don’t want your girlfriend to develop a fake but persistent case of nighttime migraines, I suggest you stop shoving the fork in her mouth once she’s had her fill.

I do wonder if what you’re experiencing is not so much “stamina” as it is maybe “decreased sensation.” In regard to penises, the terms are often used interchangeably, but I believe there is a subtle difference. “Stamina” historically is a word reserved for those who have built up the strength and discipline to keep on going for longer and longer periods of time in a respective field over the course of repeated practice and exposure. “Decreased Sensation” in the sack is historically the result of alcohol or drugs (or hormonal dips—nearly everything can eventually be blamed on a good old-fashioned hormonal dip). You can tell whether you’re experiencing a red-blooded case of stamina or a less exciting case of decreased sensation by assessing your recent sexual experiences as a whole. Are they as magical as ever, and you’re just able to better hold back at the brink of climax, or are they less sparkly and thus making it harder for you to push it to the brink of climax in the first place? If climaxing is difficult, you are not experiencing stamina. You are experiencing the unfortunate side effects of being heavily medicated.

But on to your question: Is this a good time to bring in more partners? Maybe. It depends on how casually that is treated inside of your relationship. Your question seems to be tied to how quick your trigger is at the moment when really it should probably be tied to things like the feelings of your current partner, and maybe a doctor’s advice. You said you just had surgery. What kind of surgery was it? Was it heart surgery? Will multiple partners possibly send you to the ER? Have you ever talked about bringing in other partners with your girlfriend in the past, or did the idea just occur to you once you realized you were probably at a time and place where you would be least likely to splooge in a clothed person’s eye before the action began? Your girlfriend may very well be thankful for some replacement troops, or if this idea comes out of left field and goes against what she wants out of the relationship, she may secretly start plotting your demise. Women are fickle that way. As individuals, they exhibit varying levels of receptiveness to this conversation in general.

Short answer: If your girlfriend seems genuinely open to the idea of bringing other sexual partners into your relationship, and if your doctor doesn’t think the experience might pop your heart or your stitches, by all means, live it up. But if any of these things seem iffy, maybe take the long view and hold off until you’re less heavily medicated. Multiple partners are more fun when the sensation is there anyway.