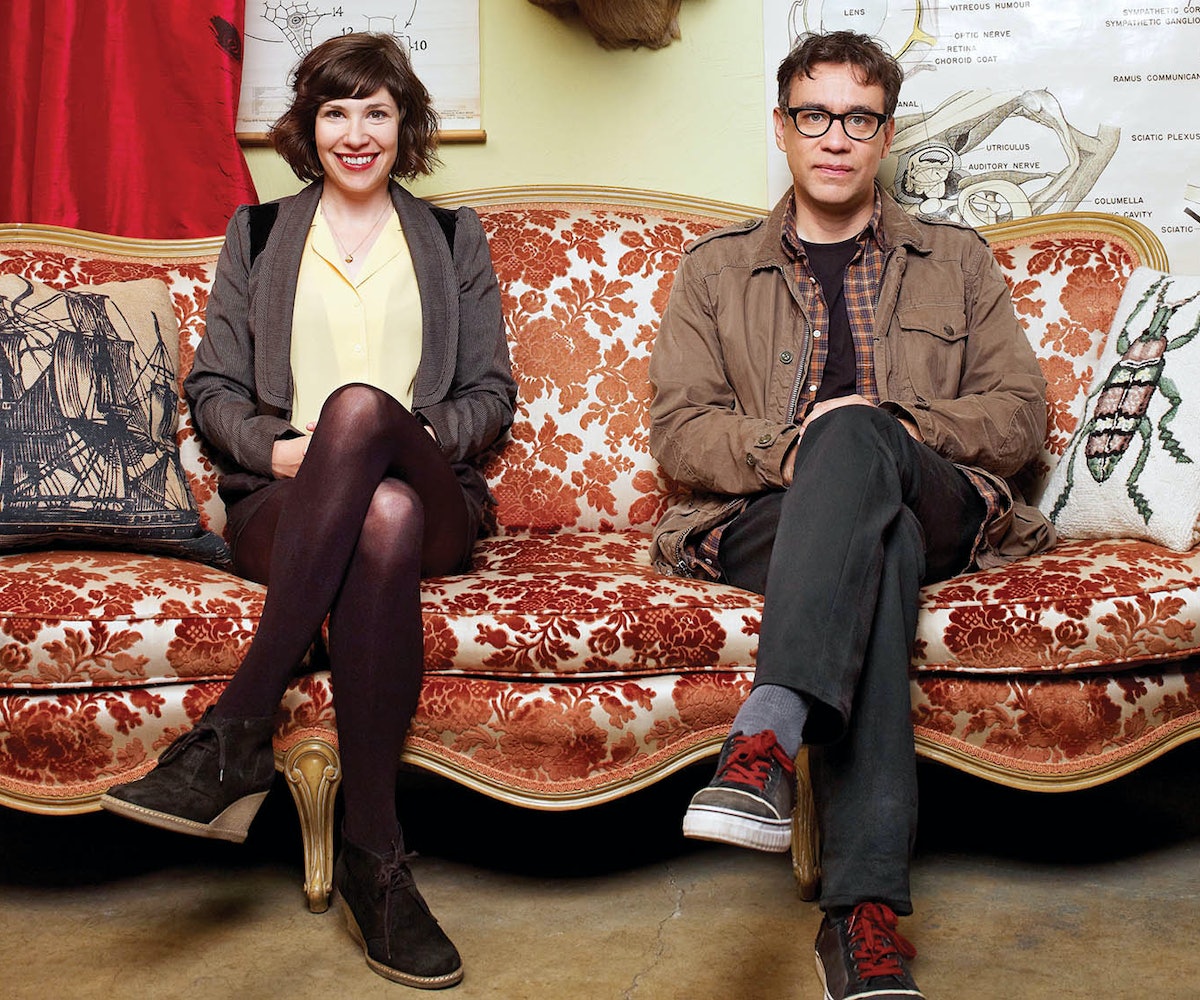 Good news, world! Portlandia comes back to TV tonight for its fourth season! But before you park yourself firmly on the couch and get ready to laugh so hard you cry, you should read on for our interview with costume designer Amanda Needham.

Working with Portlandia since season one, Needham has brought the comedy of characters like Toni and Candace and Lance and Nina to life. We hopped on the phone with the Portland native to discuss the essentials of the Portland look, what costumes are her favorite to work on, and what's on deck for season four.

Did you do a lot of research in Portland when you started to work on the show?

I'm a Portland native, so I have a unique perspective on a lot of these characters. I feel like I know them in real life.

If someone wanted to dress like a Portland native, what do you think is one piece that they should buy?

Oh my gosh, well, I honestly think that there's so many different kinds of people here, so it really depends on what kind of style you are. I would say for me personally, a Portland native would be…hmm.... What do I wear everyday? I think it's a good boot and a nice leather jacket.

In the process of working with Fred and Carrie, did they ever come to you with a sketch where you thought, "This is too ridiculous"?

No. Trust me there are times when I think, "Can I pull this off?" because it's so intense, but I think that is what I thrive on for the show. It keeps things interesting.

Is there any secret that you could allude to that are going to happen in season 4 or anything that you're really excited about?

Oh my gosh, season four is packed with a lot really interesting costumes, that's what I'll say. There are a lot of different things that we hit on that I think we really nailed as far as costumes go. I'm really excited to actually see it. Everybody that's seen the footage so far says that it's our best season yet so I'm really excited to note that.

Check out the slideshow to see some of Needham's favorite costumes from seasons past and her her inspirations for those characters!  And don't forget to watch

Toni and Candace are actually a couple of my favorite characters. What is essential for them is that Toni always wears separates. So she wears flowy culottes with a matching top and a vest. She always has her signature glasses. Candace is always in a jumper of some sort or a dress. We pick crazy patterns and turtlenecks that don't make much sense. And definitely, the jewelry is huge for them.

There are these different layers to his character, that kind of suggest a secret life. He goes off the grid in that one specific episode, and we went nuts with that look. It wasn't so much of a character study of his past, it was more about what his character brings to the table for Portlandia now. I think when he's playing the mayor, he's kind of a goofball, but he's still a mayor, so we definitely dress him in a little bit more of a clean-cut way. But, for example, when he went off the grid Kyle {MacLachlan) was very instrumental in how far we went with how deconstructed he looked.

They're a quarter rockabilly and a quarter hipster. Nina cracks me up; out of all the characters, I really love Nina. She's feminine and self-obsessed in a way that I think is really hilarious. We put a lot of cheetah on her. That seems to be her signature print. Then Lance is like that motorcycle gear head, super masculine guy, which is a really interesting character for Carrie to play.

SPIKE AND IRIS (NOT PICTURED)

I think that Iris and Spike are really good characters. They kind of represent that Portland hipster, vegan world, which I think is a little bit more like the Alberta district in our neighborhood--it would be like Williamsburg in New York. Those characters really live anywhere.

FRED AND CARRIE AS THEMSELVES

You'll see in season four, Carrie as Carrie has evolved into more of a style icon. She plays so many characters that are awkward, that when it comes to being her, it's really about putting together pieces that look really nice on her. This past season, she wore a leather bomber throughout that looks really good on her. She also wears a lot of high collars or interesting collars, but nothing too big because she's so petite. Anything too giant on her is going to be overpowering. And Fred, usually you'll see him in a really nice button-up, a blazer, and black denim. He'll never wear denim that's not black, really it's kind of funny.