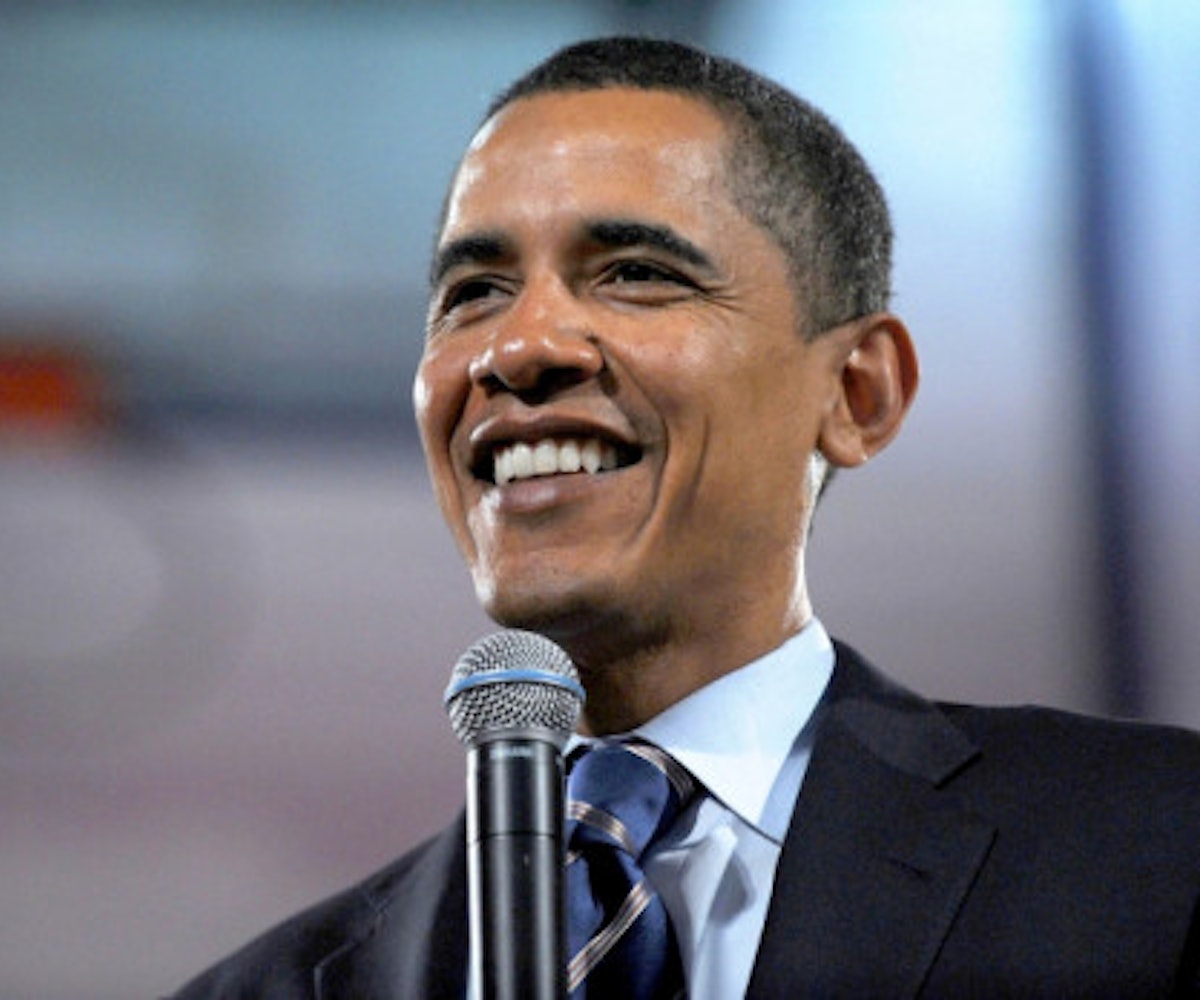 President Barack Obama has made history a number of times during his tenure, but one of his most notable actions of late has undoubtedly been his support for LGBT rights and the resulting legalization of gay marriage throughout the country. In honor of all that he's done, Out named President Obama their LGBT Ally of the Year, thus making him the first sitting president to appear on the cover of the magazine.

The accompanying interview details the president's relationship with the LGBT community, openly acknowledging that he didn't always voice full support. He credits the change in his stance to the First Lady and his senior advisor, Valerie Jarrett. Still, Obama has long emphasized equality, ever since his childhood: "This really goes back to when I was a kid, because my mom instilled in me the strong belief that every person is of equal worth," he tells Out. "At the same time, growing up as a black guy with a funny name, I was often reminded of exactly what it felt like to be on the outside. One of the reasons I got involved in politics was to help deliver on our promise that we’re all created equal, and that no one should be excluded from the American dream just because of who they are."

Obama also discusses his mindset during Oberfell v. Hughes, in which the Supreme Court ruled that LGBT couples are fundamentally entitled to marriage: "...even before the decision came down, one thing was clear: There had been a remarkable attitude shift—in hearts and minds—across America. The ruling reflected that," he says. "It reflected our values as a nation founded on the principle that we are all created equal. And, by the way, it was decades of our brothers and sisters fighting for recognition and equality—and too frequently risking their lives or facing rejection from family, friends, and co-workers—that got us to that moment.... I was honored to stand in the Rose Garden and reiterate for every American that we are strongest, that we are most free, when all of us are treated equally. I was proud to say that love is love."

So what's next on Obama's agenda now that he's the most influential ally in the country? Delivering the message of equality to the United States' partnering countries that don't quite hold the same ideals regarding LGBT rights, and making sure that, "[p]romoting and protecting the human rights of all people, regardless of their sexual orientation or gender identity, is a fundamental part of our foreign policy and an element of our engagements with governments all over the world, including our close partners."

Obama's full interview is available now on Out, along with profiles on the rest of the magazine's "Out100."