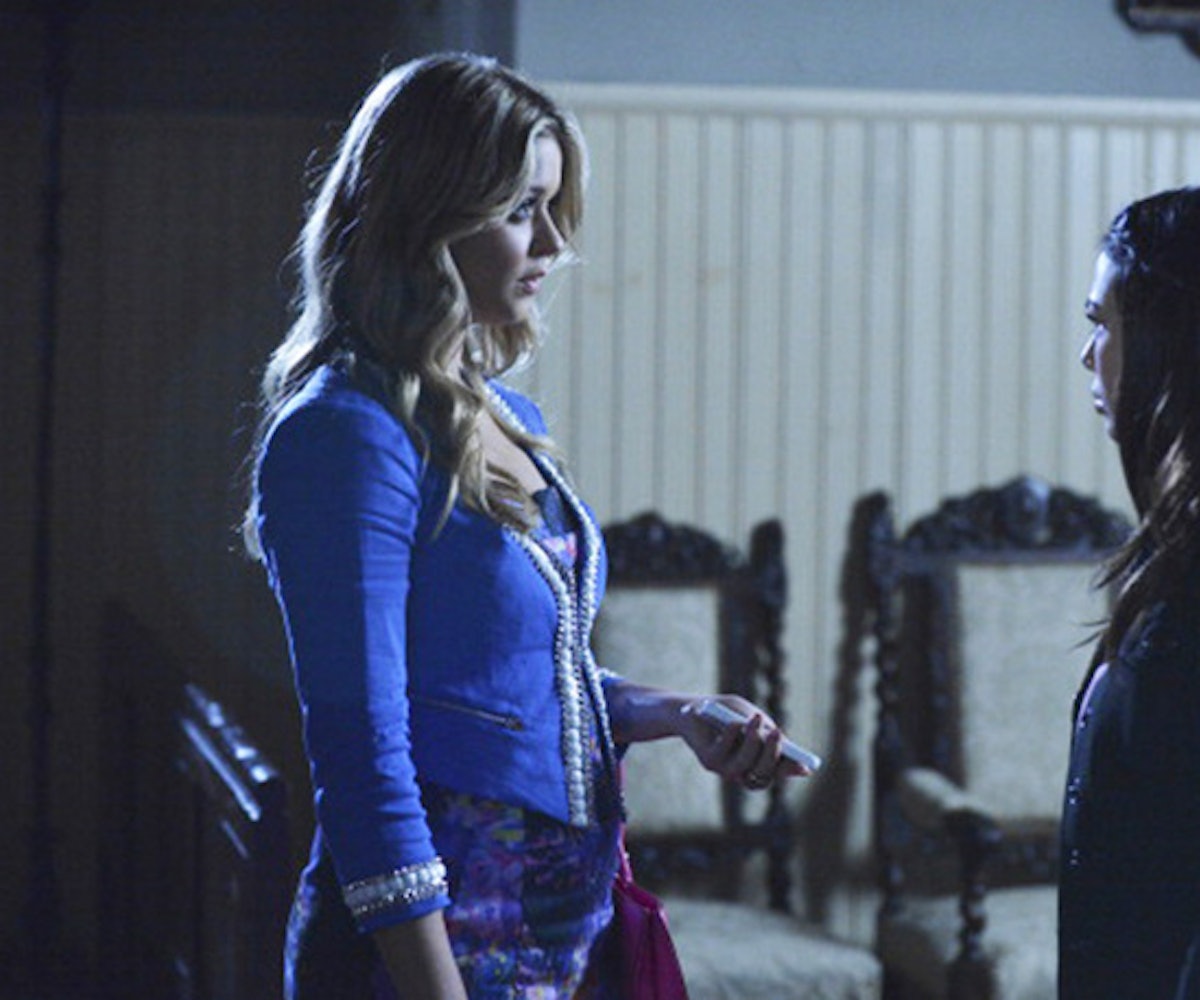 The girls of Rosewood are back for another murder mystery in the upcoming Pretty Little Liars spin-off—well, some of them. When we last saw Ali (Sasha Pieterse), she was married to Emily (Shay Mitchell) and raising recently-deceased Wren's babies while Mona (Janel Parrish) was holding Spencer's twin, Alex (Troian Bellisario), and Mary Drake (Andrea Parker) prisoner in a Parisian doll shop. You know, really normal stuff.

Now, Pieterse and Parrish will star in their own show on Freeform, Pretty Little Liars: The Perfectionists. They will return as Alison DiLaurentis and Mona Vanderwaal respectively, the network announced today, three months after the series finale. The suburban villains will move from Rosewood to Beacon Heights, a picturesque town with a "top-tier college" that's full of over-achieving students and residents. It's this endless drive for perfection that leads to the town's first murder, according to Deadline.

Not much has been released about the upcoming show, except that it will once again be helmed by I. Marlene King and based on a novel, The Perfectionists, by PLL author Sara Shepard. The tagline for the spin-off is, "Behind every Perfectionist is a secret, a lie, and a needed alibi."

Can't wait to see how this next tranquil suburban bubble will be burst by a new crop of millennial murderers.

NEXT UP
Culture
Pretty Sick’s NYC Show Was A Raucous Party To Remember
Fashion
Reformation & Canada Goose Team Up To Warm You Up
Life
NYLON Daily Newsletter: November 29, 2922
Culture
Not One, But Two BTS Documentaries Are Coming