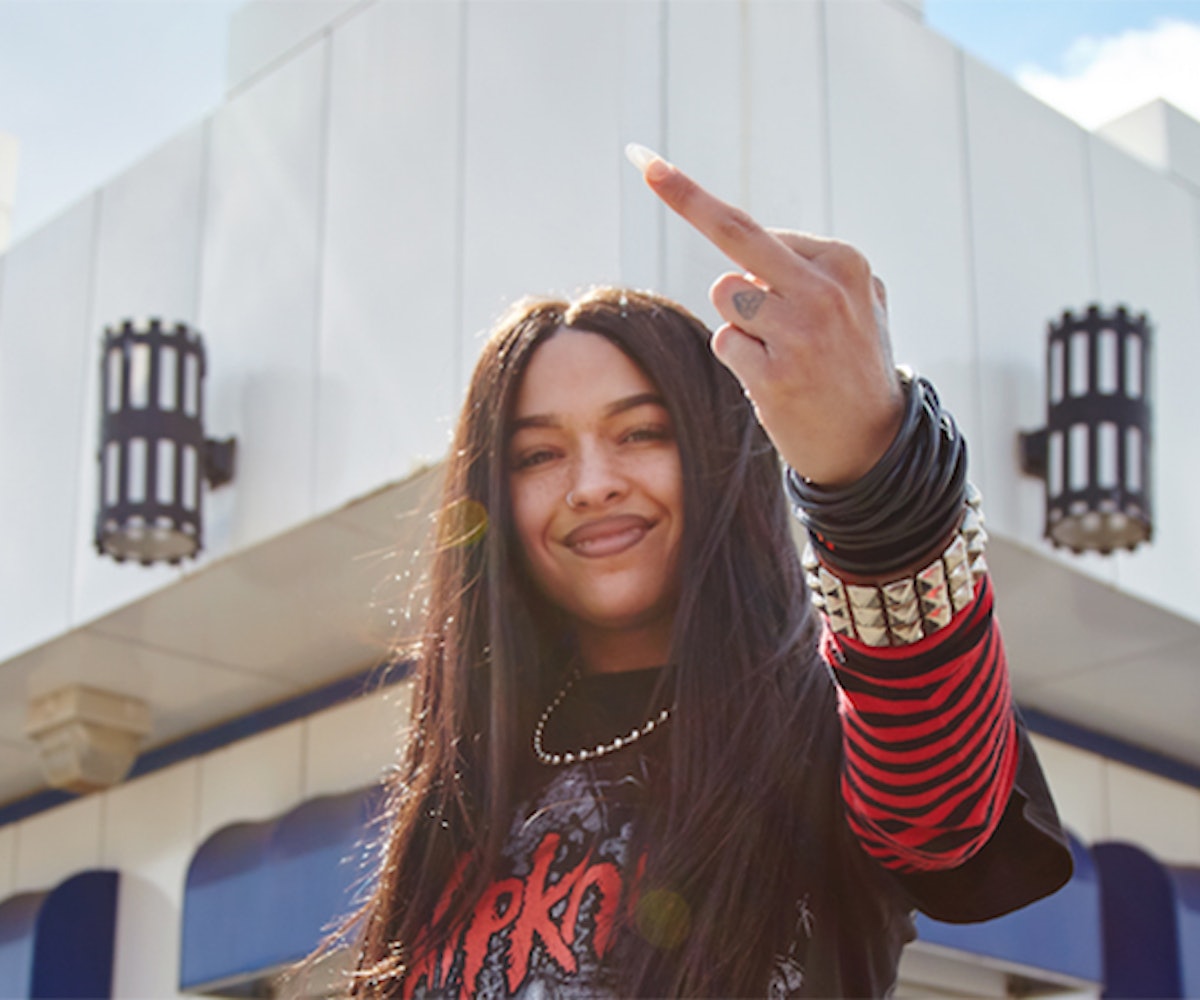 Princess Nokia wasn't playing around when she told Dazed last February that her forthcoming mixtape was going to be emo. Released today via Rough Trade Records, A Girl Cried Red is as emo as chipped nail polish, checker wrist cuffs, and exaggerated vowels mixing with hard Rs.

"It's not just a little touch of [emo] or [emo] blended into hip-hop," she tells Dazed. "It's real alternative music." For eight songs, Princess Nokia flexes the sad, cold-hearted flow only a true emo kid can muster. "Smash my heart in pieces. It looks so good on the floor," she says on "Morphine." The mixtape's closer, "Little Angel," toys with early-internet auto-tune and the collective sadness of a lost friend, one who bent gender and "showed the world they don't give a fuck." Where Lil Peep fused emo with rap, Princess Nokia dives straight into the bubbling pit of apathetic cloak-and-daggers to bone-chilling effect.

The mixtape's lead single, "Your Eyes Are Bleeding," gets the project's first video treatment. It's riddled with an emo sense of overdramatics and plenty of White Castle airtime. A casual watcher may think Princess Nokia is performing emo drag, but this isn't just a phase, guys. Emo music comes from rock music which, as Princess Nokia says, was created by black people: "Black people created punk. This is our shit; very naturally, that's why we return to it. It's ours. It will always be ours."