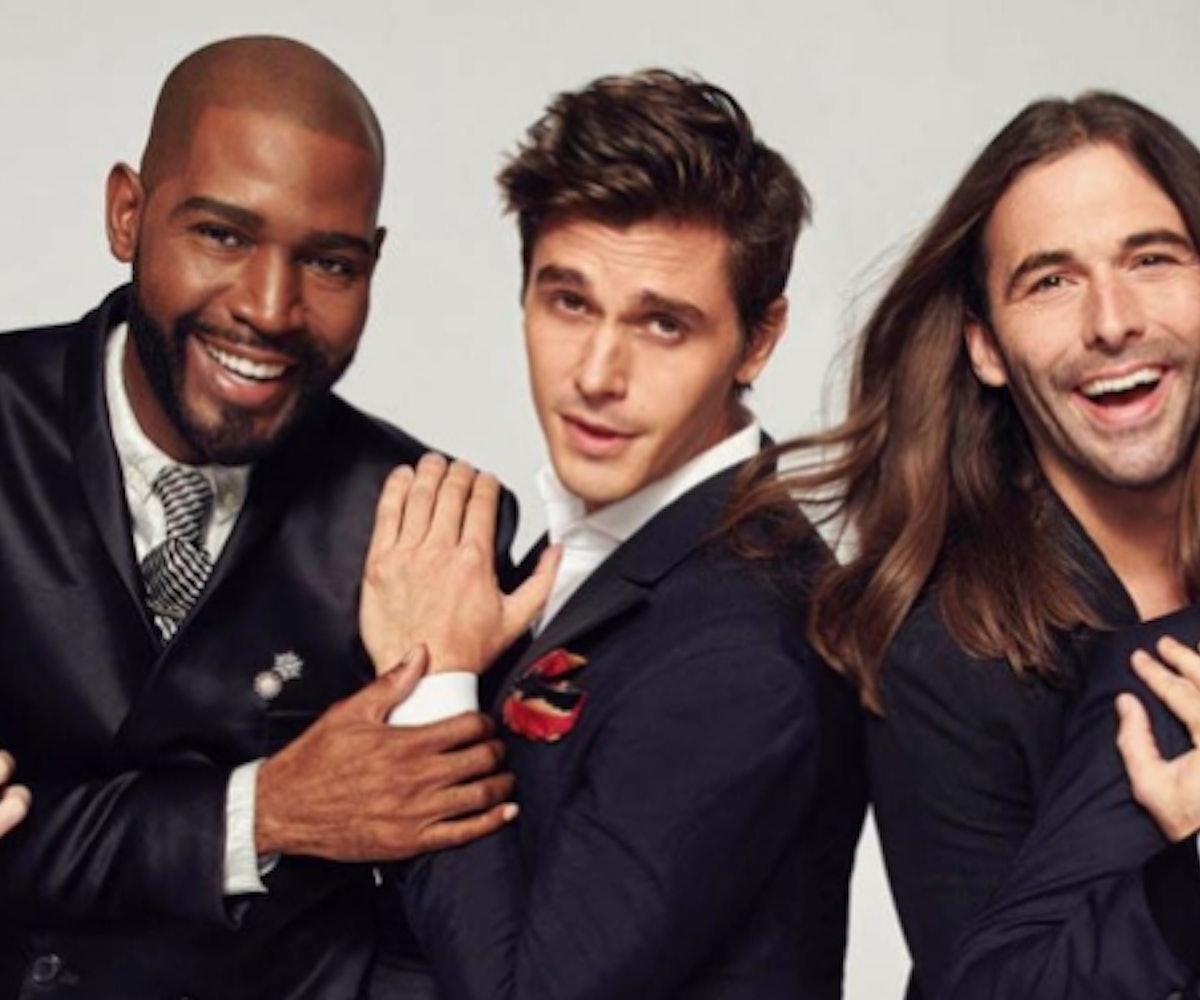 In today's day and age, memery is the greatest form of flattery. And the lovable Queer Eye Fab 5 has been the subject of it since the fivesome catapulted to pop cultural consciousness earlier this year.

Over the weekend, Twitter users began coming up with oddly specific pitches for potential Queer Eye spin-offs. Amongst some of the most popular ideas were suggestions for things like "Queer Eye but its 5 lesbians with swords killing your abuser" and "Queer Eye, but its [sic] about a massive omnipotent eye that floats about the city, watching the people in silence, and is gay." Both of which sound pretty great to us, to be honest.

Netflix, take note. Check out a few of our favorite suggestions, below.