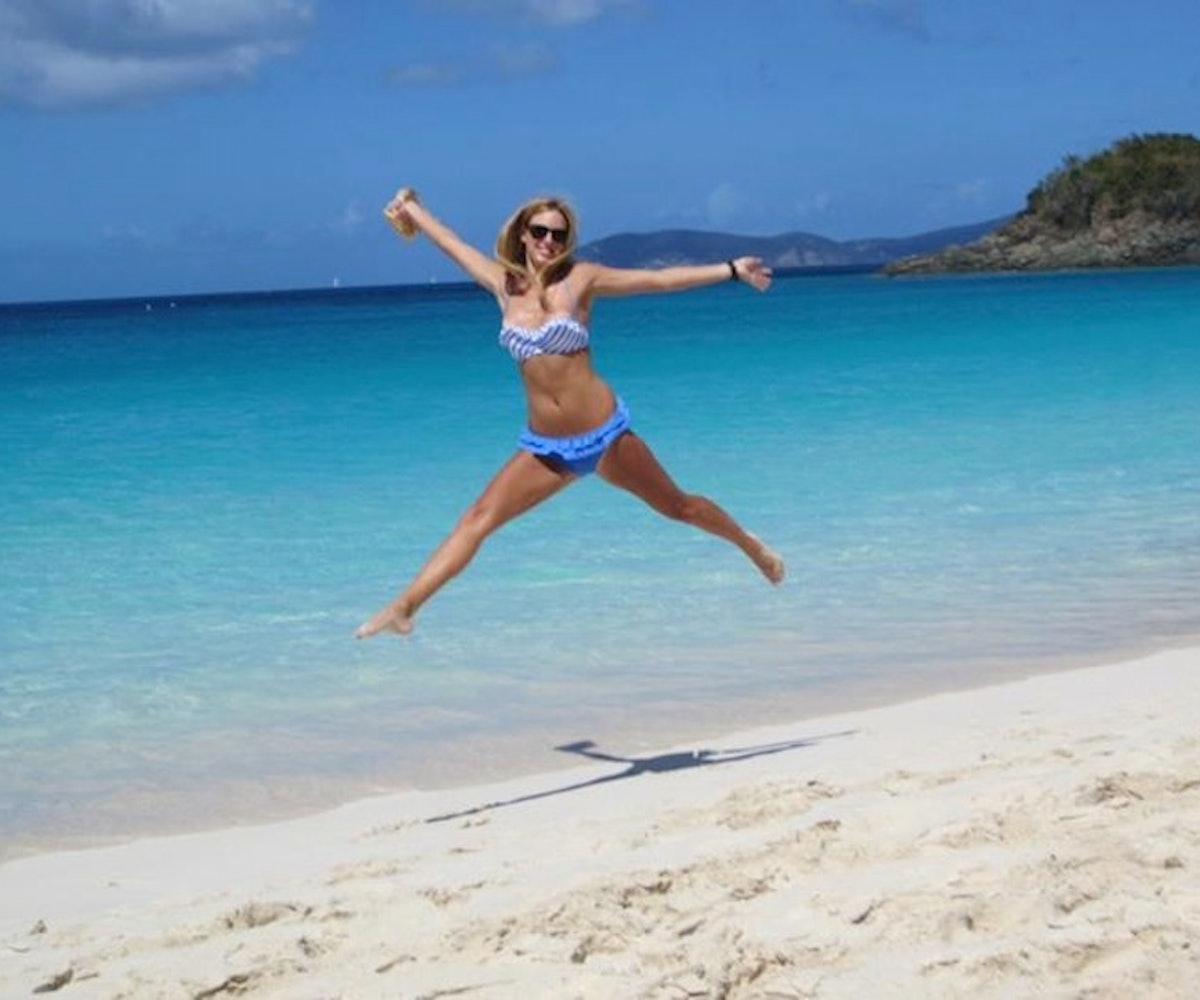 You know that common phrase ‘don’t quit your day job?’ You may have heard it after a performance of karaoke or a session of slam poetry on the subway, but Noelle Hancock is flipping the saying on its head.

She did quit her day job, one that included a $95,000 paycheck. The Yale graduate was living in New York City as a successful journalist when she decided to make a major life change. She sold her possessions, bought a one-way ticket to St. John, part of the U.S. Virgin Islands, and left behind her friends and family. And no, this is not Drew Barrymore’s next blockbuster rom-com, this is real life.

Hancock released a piece for Cosmopolitan a few days ago about her adventure and it’s since gone viral. People are gravitating towards the possibility of truly taking a vacation. For those of us that sit behind a desk all day or work a job we hate, Hancock’s story is inspiring, and also totally palpable.

In the article, she admits to feeling lonely in New York and incredibly detached from her friends. “Trying to negotiate a time to meet a friend for drinks was harder than getting into college (and the cocktails about as expensive),” she wrote. Then, one day she decided to post casually on Facebook that she wanted to move to the Caribbean.  That’s when the ball really started rolling. Within six weeks, Hancock had left her life in New York and moved to St. John.

She didn’t move to start a new book or write freelance as a journalist either. She got a job scooping ice cream. Since, she’s started working in a bar and lives in a one-bedroom apartment. She may not be raking in the dough or furthering her career like some other of her Yale classmates, but she’s happy.

In the article, she recalls a quote by J.R. Tolkien, “Not all those who wander are lost.” If Hancock is any example, we should all get a lost more often.