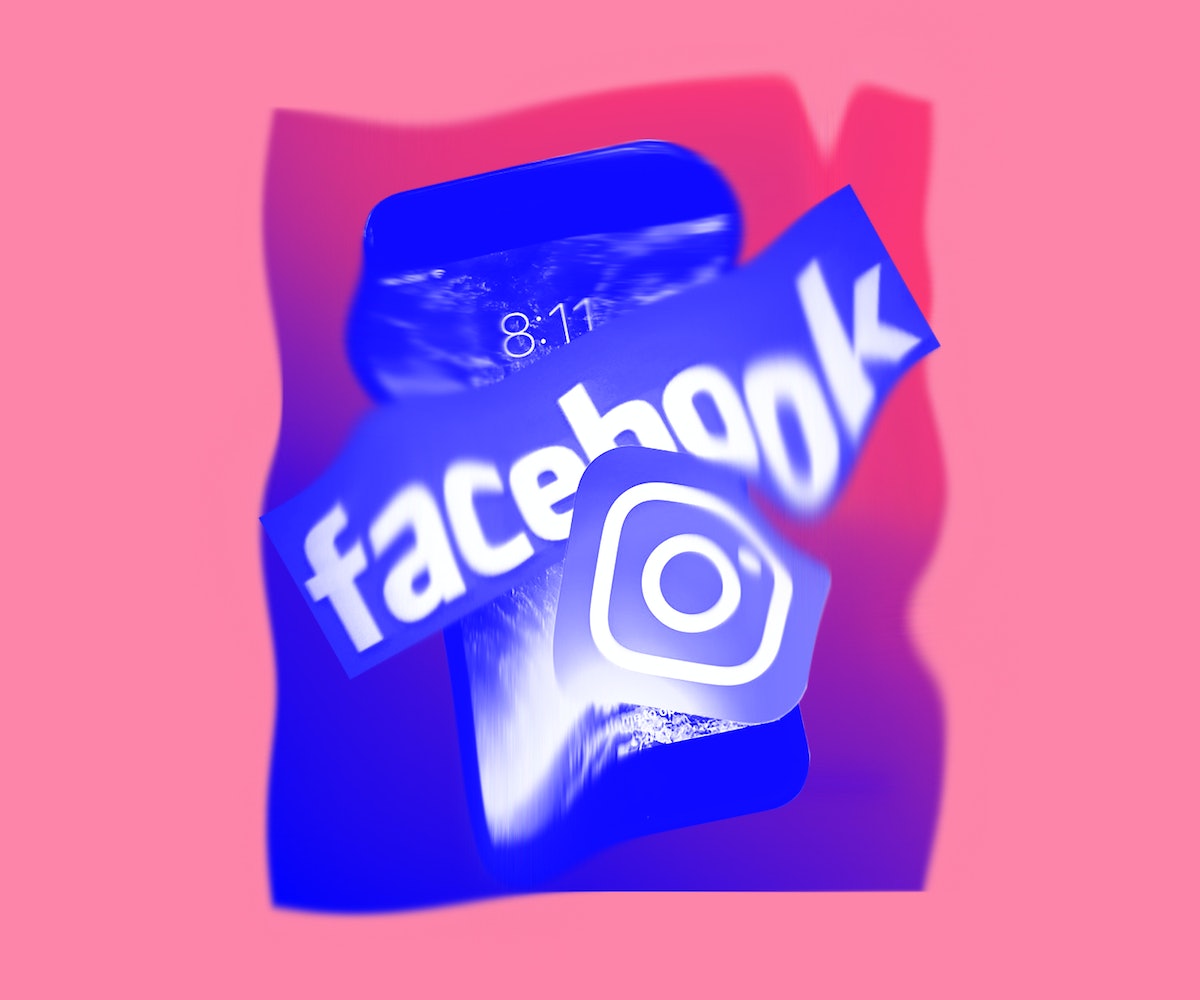 "No" is, perhaps, one of the hardest words to say with conviction. It is one of the most important words to familiarize ourselves with as it can maintain a sense of order in our lives and reveal to us our limits. This month, a handful of NYLON staffers are practicing saying "no" to certain aspects of their lives—be it social media, carbs, coffee, or Coca-Cola—to see how much control they have and what benefit (if any) saying "no" had for them. We're calling it NOvember, because, well, duh.

There is maybe no more boring subject to write about than abstinence. It doesn't matter what you're talking about not doing—eating, drinking, fucking, social media-ing—the reality is that there is an intrinsic self-righteousness involved in these acts, an inherent—sometimes subtle and sometimes not-so-subtle—smugness that accompanies every "no." There's also a weird level of contradiction ingrained within the whole endeavor, what with the very act of abstaining from something hinging on the strictest of discipline, which is used, often and strangely enough, to feel more free? And then, of course, there's just the foundational nothingness that accompanies writing about doing, well, nothing. As I already said: Boring!

And yet all of this is really to say, on October 29, I gave up social media. I know, I know. Boring! Not only boring but also, like, unoriginal? People give up social media all the time. There's Andrew Sullivan's TL:DR thing from New York magazine a few weeks ago (I honestly don't know how it ends, but I'm sure it's with a good deal of self-satisfaction), there was that teenage social media star who quit in a big way a year ago, and if you Google "quitting social media," you'll get a whole slew of blog posts that follow the TK Things I Learned When I Quit Social Media pattern. There was even something predictably smart and the actual opposite of self-serious today on the Awl about it. It's everywhere.

But while plenty of people quit social media because of valid reasons, like bullying or because they fear that it might actually be taking over their lives, so addictive is its allure, I quit for a much more prosaic reason: stunt journalism. No, I'm kidding. I actually did it for the still very mundane reason of not being able to withstand the constant bombardment of Election 2016 news that was taking over my Twitter feed. Which, first, a word about my pre-quitting-social-media social media habits—they weren't exactly what you'd call a problem. For example, I didn't have the Facebook app on my phone and only used Snapchat to send one or two photos a day to my friend with whom I share a very, very long Snap-streak. Neither of the two platforms presents much of a problem for me. Frankly, FB is a purely benign influence in my life because of how little I use it, and if anyone ever tried to convince me that preserving a Snap-streak is a sign of a problem, I would look at them like they were crazy. Because they would be.

But no, my real social media black holes were all thanks to Instagram and Twitter, two platforms which I use differently (one, Instagram, is purely social and all about scrolling through pretty pictures of my friends and what they're doing, while Twitter is more professionally related for me, and about promoting my work and engaging with other writers and their work), but both of which I felt like I was using not only too much but also too mindlessly. It had become a subconscious tic for me, to find those two apps on my phone's screen and just scroll them image after image or pithy observation after pithy observation, pretty much whenever I had a spare moment. And I do mean whenever—my phone often rested under my pillow while I slept, not only so I could hear my alarm in the morning, but also so I could, you know, check what was going on in the world in the morning before I had even lifted my head. And, yes. Yes, I did bring my phone with me into the bathroom all the time and lose myself for minutes on the toilet, long after I had finished peeing.

I wanted to stop doing these things. I wanted to not anxiously wait on my morning commute for the subway stations which have wi-fi so that I could refresh my Instagram. I wanted to stop using Twitter-being-good-for-work as an excuse to procrastinate from doing my actual work. I wanted to be present when I was watching a TV show, rather than scrolling through tweets and seeing what other people were joking about. I wanted to be present, period. Including when I went to pee. But also, as I said above, I wanted to be able to step away from this garbage election taking place in this garbage year. I wanted to stop feeling my chest tighten up whenever some bullshit "revelation" about Hillary Clinton's emails hit the Twittersphere. (Spoiler: The only thing those "revelations" revealed is that FBI director James Comey is just as garbage as this terrible year is.) I couldn't take it anymore. So the first thing I did on a Saturday morning nine days ago was delete Twitter and Instagram from my phone. And I haven't really looked back.

I could tell you about the ways in which giving up social media changed my life. And they do exist! Like, I don't bring my phone with me to the bathroom anymore. (At least, not at home. Sometimes I do it at work because the lighting in there is really good, and so it's a terrific opportunity to keep up my Snap-streak.) And so I spend much less time on the toilet! And I don't really look at my phone in the morning, other than when I think, Oh, shit, how did I just hit snooze 13 times? But on days when I don't need an alarm? I don't even sleep with my phone in the same room as me. My stress levels about the election haven't exactly gone down (they will remain high until Trump is vanquished from the public sphere and we never need to see his bloated, orange visage again), but they have remained manageable, something that I'm not so sure would have been the case without this social media break. Admittedly, I have been on Twitter and Facebook sporadically in the last nine days, but it's only been during work hours and only resulted in very minimal engagement levels.

But would I say that I'm better off? I don't really know? I certainly notice more when other people are on social media around me in places where once I would have used social media, and now I just stare at them while they use it. I've tried to think about whether or not this makes me a jerk, but I don't feel self-righteous about the fact that I'm not looking at my phone, rather, I just feel grateful that I'm not the one doing it anymore, that I have been able to successfully step back, if only a little bit, from the ways in which social media had entered parts of my life that I actually want to have free from it. The thing is, it doesn't even matter if I never felt like I was truly dependent on social media; I was still using it in a way that had a deleterious effect on my specific life (must I repeat just how much time I was spending sitting on the toilet??). And now... I'm not. And the ease with which I stopped doing so is a positive sign that I won't return to using social media in a damaging-for-me way in the future. Because, you know, I might reinstall Instagram on my phone. I miss seeing photos of sunsets and my boyfriend's sister-in-law's kids as much as the next person. And Twitter is a good place for me to curate my news, so maybe I'll go back to that too. Communicating via social media is, after all, a form of progress, and denying that progress exists, even if you are careful about how you participate in it, is kind of silly.

The point is, of course, that abstinence can be good and fine and even (maybe sometimes but probably not) interesting for a little while, but too much of anything—and that includes nothing—is not a great goal to have. So, yeah, I am going to wait at least until after the election is over to reinstall Twitter on my phone, but my "no" to social media has definitely transformed into more of a "meh." Too bad "Meh-vember" just doesn't have the same ring to it.