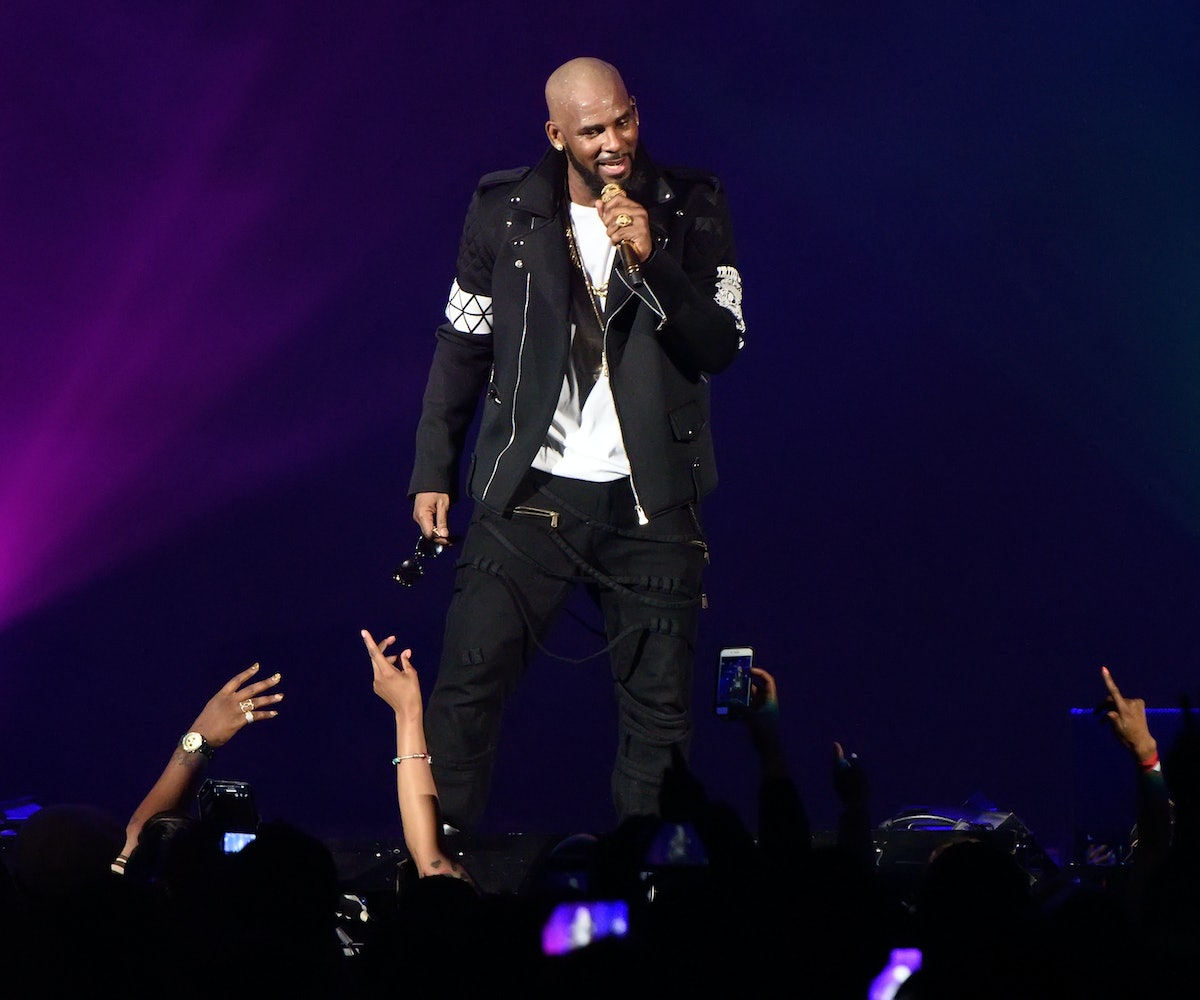 This morning BuzzFeed published an extensive investigative piece that claims R. Kelly is holding six young women captive in Chicago and Atlanta as part of what's being described as a sex cult.

Journalist Jim DeRogatis gathered reports from Kelly’s former inner circle members, legal documents, and conducted interviews with parents of those allegedly being held against their will, and revealed a reality in which R&B performer Kelly is a "puppet master," dictating everything about these women's lives including "what they eat, how they dress, when they bathe, when they sleep, and how they engage in sexual encounters that he records."

One young woman's mother, who’s referred to as J. in the article, says she allowed her 19-year-old daughter around Kelly, despite his history of sexual misconduct, because she thought he was going to help her daughter launch a music career. Now, two years later, J. is working with the FBI and police to help bring her back home.

“It was as if she was brainwashed. [She] looked like a prisoner—it was horrible,” J. said of the last time she saw her daughter in December of 2016. “I hugged her and hugged her. But she just kept saying she’s in love and [Kelly] is the one who cares for her. I don’t know what to do. I hope that if I get her back, I can get her treatment for victims of cults. They can reprogram her. But I wish I could have stopped it from happening.”

DeRogatis talks extensively with three members of Kelly’s inner circle—Cheryl Mack, Kitti Jones, and Asante McGee—who provide an inside look at what it means to be close to Kelly, and reveal that the six women in question are "required to call him 'Daddy' and must ask his permission to leave the Chicago recording studio or their assigned rooms in the 'guest house' Kelly rents near his own rented mansion in suburban Atlanta." They say that if the women disobey him in any way, Kelly “punishes them physically and verbally.”

McGee tells DeRogatis, “R. Kelly is the sweetest person you will ever want to meet, but Robert is the devil.”

Legal attempts, like those of J. to bring back her daughter, have proven to be dead ends because all of the women currently staying with Kelly are over the age of 18 and have declared they’re “fine,” saying they are in consensual relationships with the artist.

Kelly’s lawyer, Linda Mensch, provided BuzzFeed News with a statement defending the artist, which reads: “We can only wonder why folks would persist in defaming a great artist who loves his fans, works 24/7, and takes care of all of the people in his life… I suppose that is the price of fame. Like all of us, Mr. Kelly deserves a personal life. Please respect that.”

R. Kelly has since spoken out denying the allegations. Read the full story here.