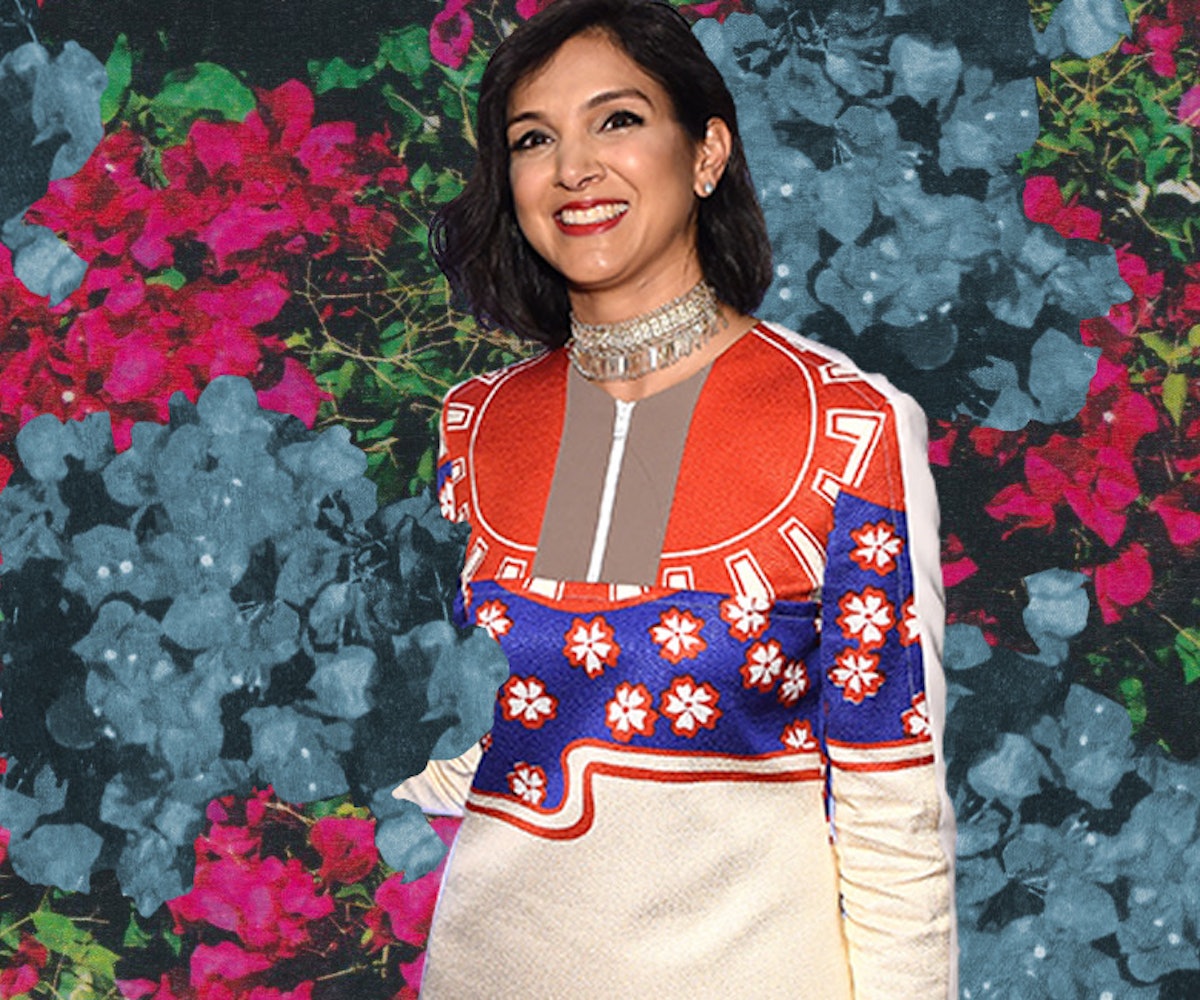 After 25 years, Graydon Carter stepped down as editor of Vanity Fair back in September. He left behind a storied legacy, and there was an undeclared consensus that whoever was chosen to replace him would be filling some pretty big shoes.

Radhika Jones, formerly editorial director of the books department at The New York Times, was picked for the job. She’s Harvard and Columbia educated (smart!), worked at The Paris Review and The Moscow Times while living in Russia (cultured!), and she made history by becoming the first Indian-American woman to helm a major magazine in America (glass ceiling-breaker!). She checked a lot of boxes, but apparently not enough for her ultra-critical Condé Nast colleagues.

For her first visit, instead of receiving the praise she deserved, according to WWD, she was met with some sartorial shade. “She seemed nervous. The outfit was interesting,” one staffer was overheard saying. They called the navy shift dress she was wearing “iffy” at best, but the biggest offense was, reportedly, her illustrated fox printed tights. “I’m not sure if I should include a new pair of tights in her welcome basket,” the catty staffer added. Anna Wintour is said to also be one of the critics of Jones’ attire.

This is, of course, merely the opinion of a handful of stuffy editors and, we assume, not representative of the company or the magazine’s opinion of Jones as a whole, but it’s still infuriating. It’s hard enough for women—let alone women of color—to rise in the ranks and be rewarded for our accomplishments, but to be judged and demeaned by your own colleagues for something as trivial as your clothing choices, makes it that much harder.

Plus, these fox tights from Anthropologie are currently sold-out, so it’s clear who the real winner here is. We'll take a pair when they are back in stock.