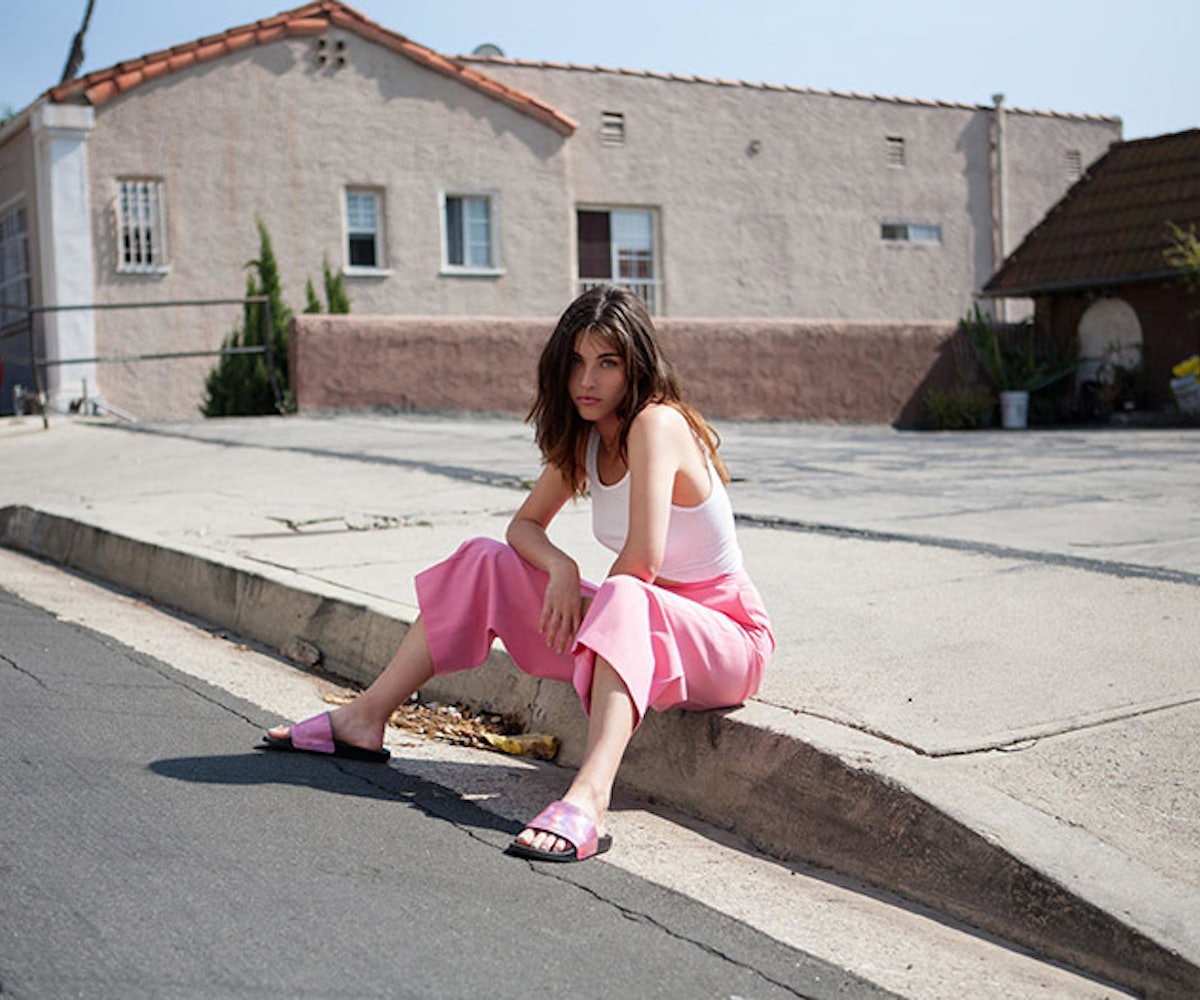 It's taken Rainey Qualley a stab at country before finding a sound she truly vibes with. The model, actress, and musician already has a decorated past with stints on Mad Men and posing for Calvin Klein, Chanel, Vogue, and more under her belt. Now, she's ready to take what she's learned from opening for the likes of Willie Nelson, Hank Williams, and Loretta Lynn and translate it into her own version of pop.

Say hello to Rainsford, the new project from Qualley. Her debut track, "S.I.D.," which stands for "Sunshine in December," dances left of center, its layers dizzying up a lush, sensual listening experience. Qualley's vocals slide between controlled falsettos and moody bedroom tones. "'S.I.D.' is an important and exciting song for me because it marks the realization of where I wanted to start my new project," Qualley says of the song. "I had been writing for a while, searching for the right feeling and the right people to work with. After my cowriter, Nick Dungo, and I wrote 'S.I.D.,' I thought, 'This is the sound, this is the feeling, this is where I want to start my new beginning.'"

And what a promising beginning it is. "S.I.D." tips its hat to '90s while finding its footing in today's ever-expanding definition of what R&B can be. It's a song designed to take you out of your body and into your plushest fantasies. Press play and let the good vibes wash over you. As Qualley sings, "C'est la vie! Fuck it. Never looking back."