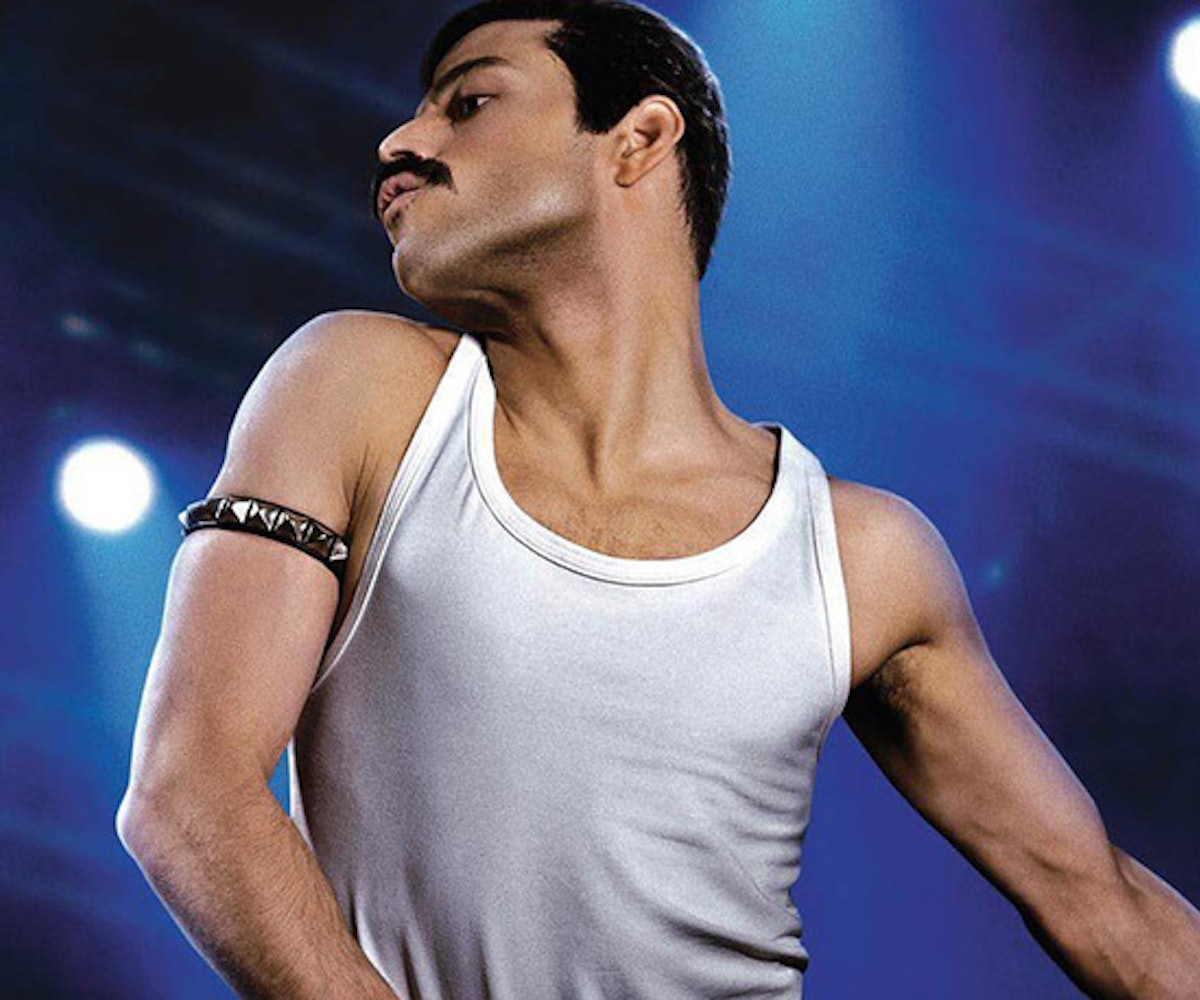 Rami Malek's resemblance to Freddie Mercury in the upcoming biopic Bohemian Rhapsody is uncanny. We got our first glimpse of Malek as Mercury last week when photos were released, and now a video of the actor performing has surfaced.

The Sun shared a clip of Malek recreating the 1985 Live Aid charity concert. In the video, Malek performs to a nearly empty stadium, and he has Mercury's mannerisms down.

From the moment he takes the stage, Malek embodies Mercury's confidence and energy. He's also singing and playing the piano in the video.

Bohemian Rhapsody will tell the story of Queen from 1970, when Mercury joined the group, up until the band’s Live Aid show. “It won’t just be the dark Freddie story,” director Bryan Singer said, “but that being said, that also will be honored. It’s about collaboration. It’s a celebration.”