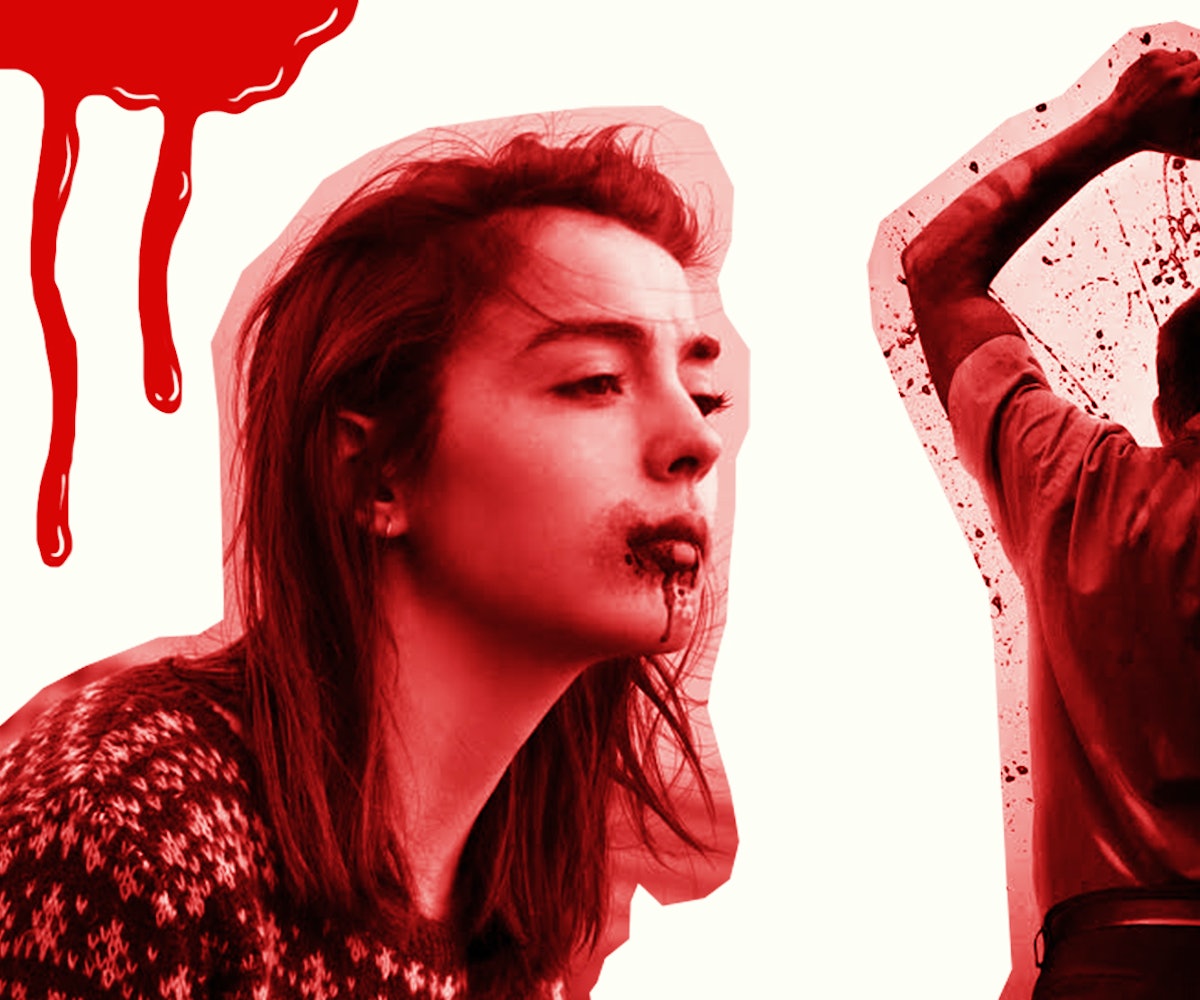 Mirror, mirror on the wall, what is the scariest of them all? Oh, we are? Got it.

Horror has long since been a vessel for commentary on our current political and social state of affairs. The Space Race spawned alien horror films, like Alien and Invasion of the Body Snatchers. The Cold War inspired films that focused on a vampiric other, like The Lost Boys. The rise of technology meant the introduction of computers as bad guys, as in 2001: A Space Odyssey. And now? Well, now, the enemy is us. And two of the most provocative horror films to come along for some time, Raw and The Belko Experiment, perfectly capture that.

Raw, Julia Ducournau's new coming-of-age movie with an appetite for human flesh, finds its protagonist craving human beings, not just for pleasure, but for sustenance. The Belko Experiment pits an entire office against one another at the behest of an unseen voice conducting some anthropological experiment whereby you either murder the number of people it instructs, or risk getting your head blown into bits at their whim. Aliens, should they exist and have a moral compass similar to ours, would surely find these depictions of humans to be frightening.

In all likelihood, Raw and The Belko Experiment were green lit before Brexit and the 2016 presidential race, but coincidence is a funny thing. (Or, perhaps, it's fate.) We are not a united world, despite how connected we are through social media and Google. Microaggressions fuel our political climate; bathrooms, rooms for rest and relieving ourselves, are under attack. For many, otherness means getting stereotyped at an airport, denied work, or, on a smaller level, deemed unwanted and unworthy of love through dating and hookup apps. That or fetishized, which isn't as progressive and inclusive as some believe.

What, then, are we supposed to glean from films like Raw and The Belko Experiment? The former paints a somewhat optimistic picture despite its gruesome, human-eating on-screen lessons: self-control is vital and necessary to maintaining order. The latter is more nihilistic; it's human nature to want to survive and we will do anything to make sure that we do, even if that means murdering more than 60 of our coworkers because some God figure instructed us to do so, essentially by holding a gun to our head. Within all of us exists the capability to do good and the capability to do bad; fully resisting our demons risks making them more tempting. (Just look at Raw's finger-gnawing Justine.) But giving in to temptation can be a gateway to even worse things, like many of the leaders realized in The Belko Experiment.

The taste for blood (or flesh) is very real and very human. But what's the golden rule of being human again? To treat our neighbor like we'd like to be treated? Maybe. But some neighbors just want to watch the world burn. And some are in positions of power that can actually make that happen. There's the real horror film of 2017. Life right now is truly stranger than fiction.