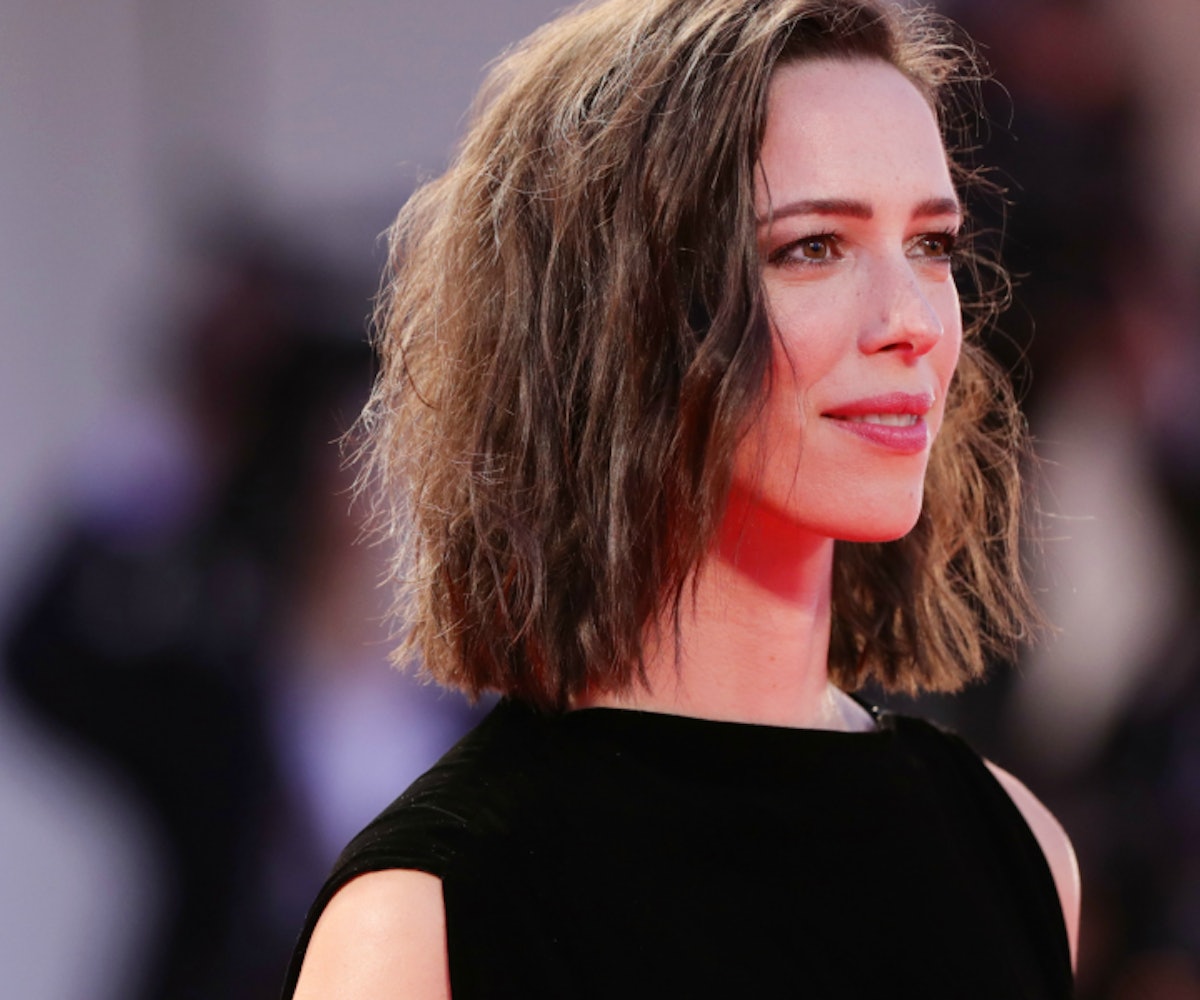 In a “took long enough” move, women who formerly worked with Woody Allen are voicing their regrets about it. Last week Greta Gerwig stated that “If I had known then what I know now, I would not have acted in [his] film,” and Mira Sorvino also said she is “terribly sorry” for working with the alleged predator. And now Rebecca Hall—who starred in Allen’s 2008 film Vicky Cristina Barcelona and his latest project, A Rainy Day in New York—has announced that she will no longer work with him:

“After reading and re-reading Dylan Farrow’s statements of a few days ago and going back and reading the older ones—I see, not only how complicated this matter is, but that my actions have made another woman feel silenced and dismissed. That is not something that sits easily with me in the current or indeed any moment, and I am profoundly sorry. I regret this decision and wouldn’t make the same one today.”

Hall’s comments are certainly a step in the right direction, but it does feel like she’s trying to save face. After all, the allegations against Allen have been news for years—if not decades—and Hall was working with him as recently as 2017. Nonetheless, it’s great to see someone finally acknowledging the fact that Allen is a man that should not be revered by an industry that’s trying to overhaul its look when it comes to sexual harassment.

Still, Allen keeps getting a pass from Hollywood, despite the post-Weinstein reckoning. Selena Gomez and Kate Winslet recently stood by their decisions to work with him, and there are plenty of other A-list celebrities who are in his new film and keeping mum about it.

Hall, however, plans to keep doing her part to instigate change by becoming a member of the Time’s Up campaign, to which she plans to donate her wages: “I’ve also signed up, will continue to donate, and look forward to working with and being part of this positive movement towards change not just in Hollywood but hopefully everywhere.”

NEXT UP
Culture
Jeremy Allen White Has At Least Four A24 Scripts on His Desk
Culture
Lana Del Rey Announces 'Did You Know That There's A Tunnel Under Ocean BLVD'
Life
NYLON Daily Newsletter: December 7, 2022
Entertainment
Paramore Announces Album 'This Is Why' For February 2023