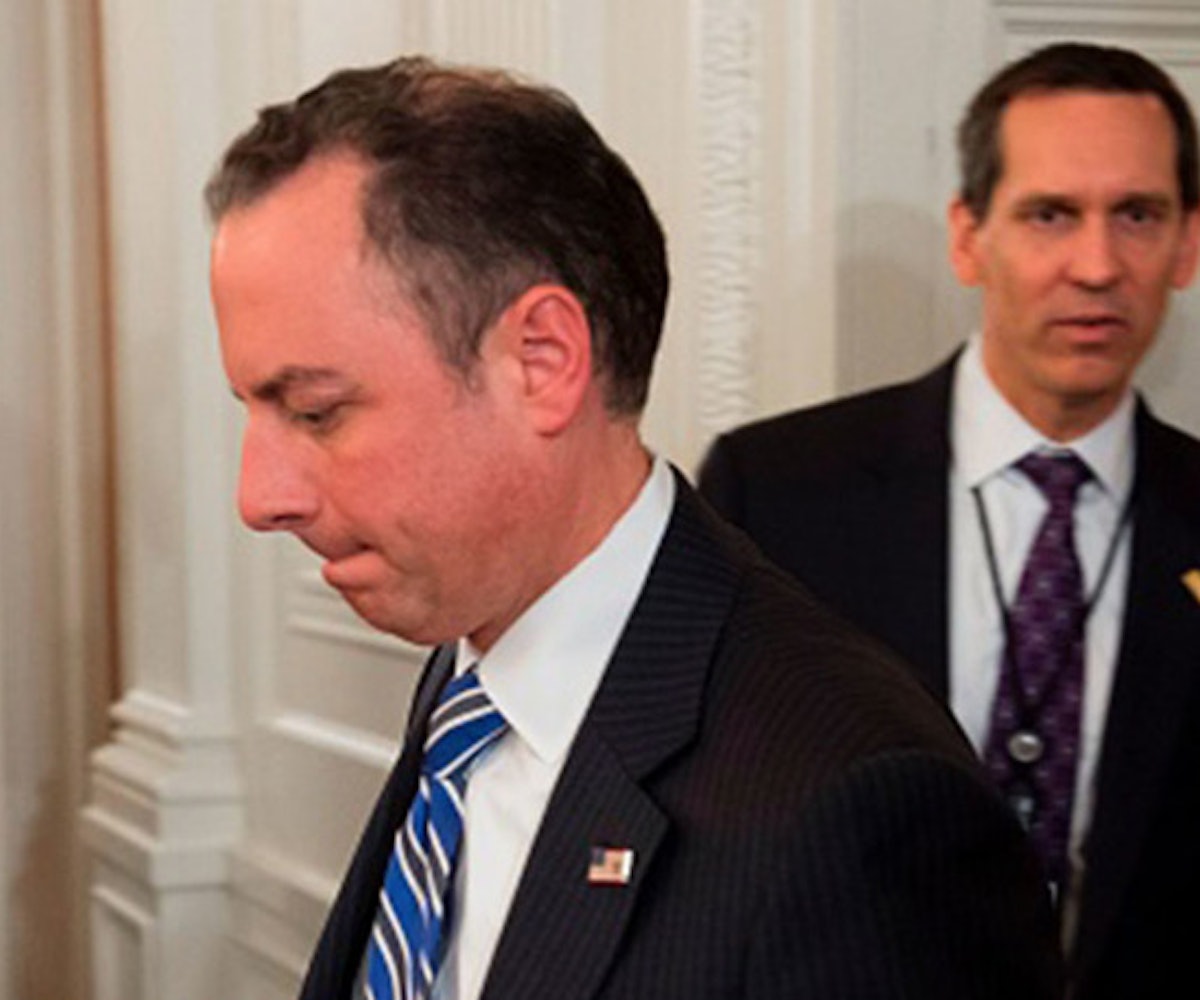 After the new White House communications director, Anthony Scaramucci, went on an aggressive tirade against him, Reince Priebus resigned from his role as chief of staff. Donald Trump has already announced in a tweet that Homeland Security Secretary John Kelly will take over for Priebus.

Some people thought that once Priebus no longer worked for the president, he'd finally get real about what's going on in the hot mess that is the White House—especially considering he didn't sign a non-disclosure agreement. But our hopes were dashed yesterday when in an interview with CNN, Priebus said he's "always gonna be a Trump fan." He added that his sudden departure was totally planned and had nothing to do with the fact that Scaramucci called him a "fucking paranoid schizophrenic."

"I’ve been obviously talking to the president for a few days about this," Priebus told CNN's Wolf Blitzer about his resignation. "The president was great, he wanted to include me in who would be a great successor. I think Kelly’s a brilliant pick. This is not a situation with a bunch of ill-will feelings. I think this is smart for the president."

A lot of people were stunned that Priebus was being so nice about Trump letting him go.

Especially after one investigative reporter tweeted the details of how Reince was fired. It sounds like an episode of The Sopranos.

Priebus had the shortest tenure of any chief of staff in modern history, someone pointed out on Twitter, quoting a tweet from Trump in 2012 where he criticizes former president Barack Obama for having "3 chief of staffs in less than 3 years."

Some speculated on what Priebus would do next, for instance "transforming into a rat to escape Harry Potter."

Another person gave both Priebus and Spicer a great suggestion as to what their next venture could be.

A lot of people are assuming Priebus will be one in a long list of people fleeing the White House.

And some people, including myself, simply can't over the fact that his name is actually "Reince Priebus."