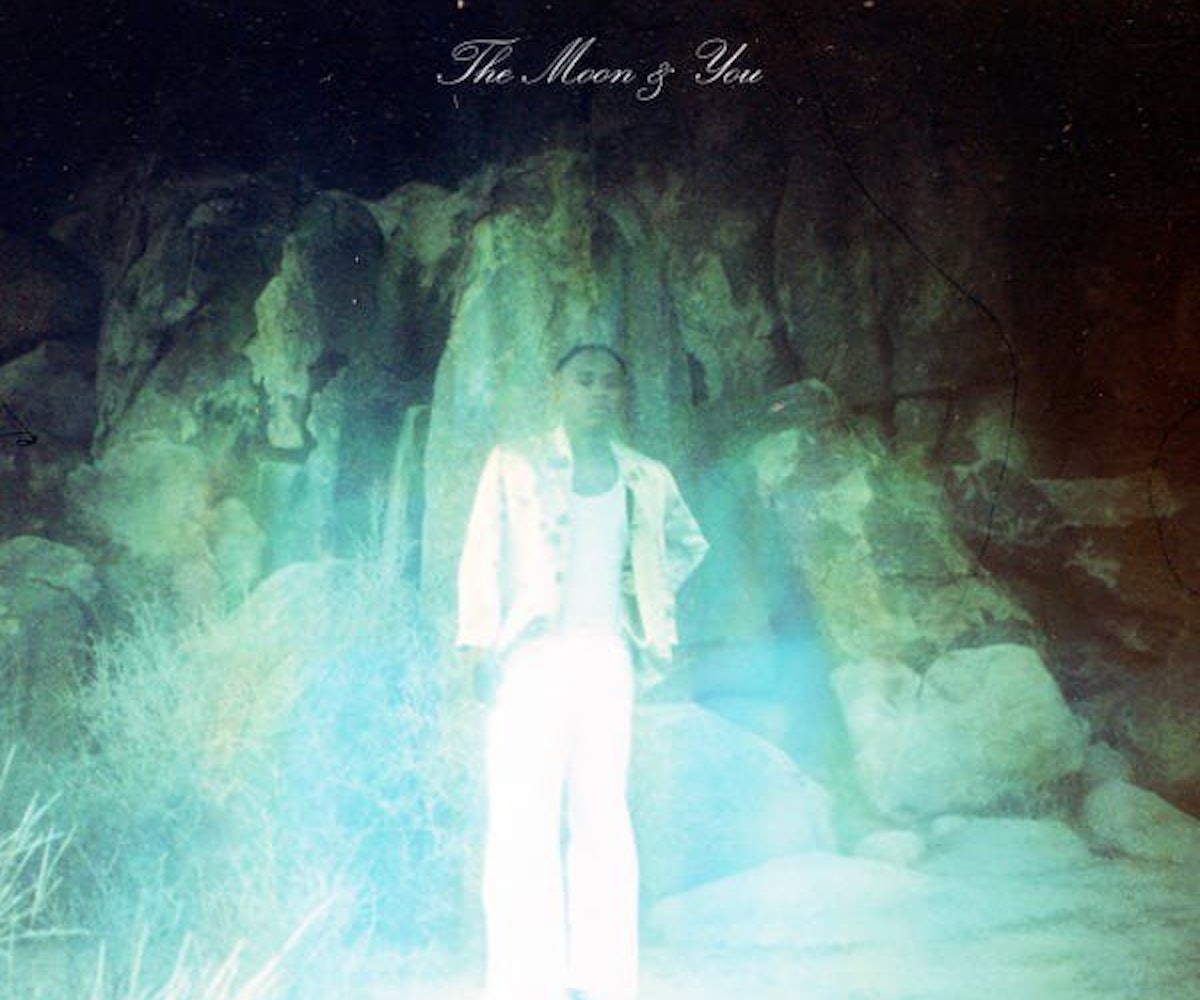 Rejjie Snow is on the brink of releasing his debut full-length album, but before that blows up, he wants to have some fun. While preparing for the highly anticipated drop, the Irish artist decided to put together a mixtape. The Moon & You is packed with 10 tracks woven together with three interludes that Snow describes as being "born out of my love for music." In addition to rapping and experimenting with the production, Snow also sings on some of the songs—a rare occurrence for the artist.

"I just love to create, and my brain is always ticking, and that's just what it is," he tells us. "I find it hard to explain my music because, to me, it's supposed to be unexplainable and hard to digest. My brain is a product of my environment and my environment makes up these lyrics and stories, the rest of yours to paint."

This mixtape is the type of thing you'll want to turn on when you find yourself wide awake late at night and unable to quiet all of your racing thoughts. Listening to the album feels like you're floating through the speakers and into Snow's complex soundscape.

Emerging and established artists such as Joey Bada$$, Jesse Boykins III, Joyce Wright, Dana Williams, and Julian Bell are also featured on The Moon & You, lending their distinct talents to enhance the quality of Snow's creative vision. It's his world, and we're blessed to just be on the same planet as him.

Snow's debut album, Dear Annie, is expected to come out sometime this year. Get the full breakdown of The Moon & You straight from Snow himself while you stream the mixtape in full, below.

I wanted to capture a somber mood. I wanted it to feel like going from nothing to something. The energy from coming out the womb and basking in a bed of light and love. Coming alive.

It's about being a provider. Still being a piece of shit and a lowlife but still taking care of what you gotta do. The kid hates his dad's fucking guts and can see all the way through his selfish ways.

I wanted to make a song about the pitfalls and highs of Fashion Week, one of my favorite times of the year.

I sat down at the piano and sang a song to my cat. We have a love-hate relationship, to say the least.

This song was made in dedication to California and my love for that terrain. I hiked and wrote a lot of music there last year; to me, it's a place of comfort. I'm excited to go back.

This song is just a feeling and an outburst, I dunno what it's about but it's one of my favorites. I like its energy.

This track is purely just a song about love.

This track just detailed my headspace at that moment in time. I'm always on the move, and I'm always missing people, so you know my moods are always swinging. But I've been speaking to people in my mind as of late, and it's okay. It's love.

I tried my best to paint my acid trip in music, and that's how it came out. I'm super unapologetic to anybody that ever thinks otherwise about that. It's one of life's most beautiful treats.