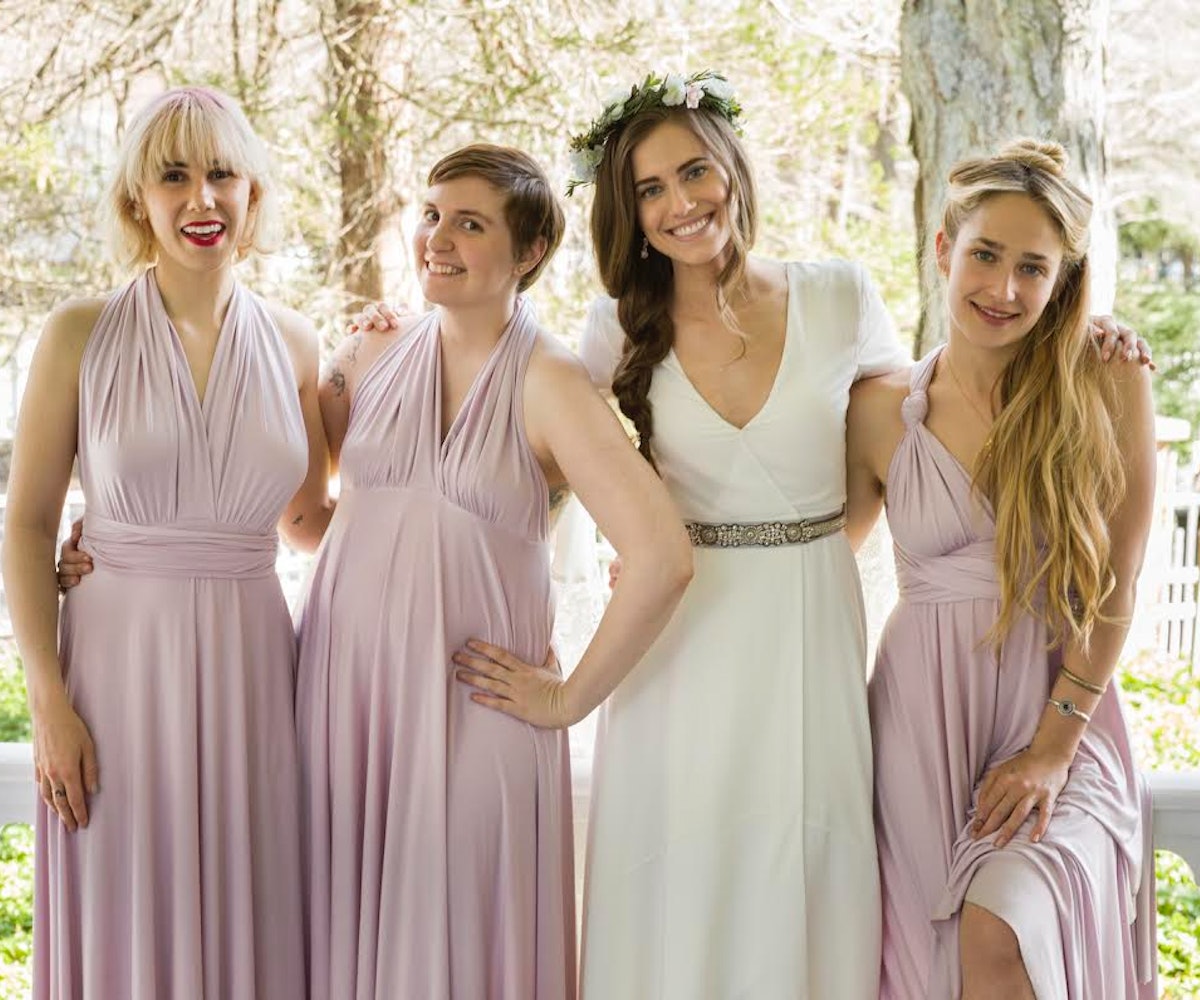 For a few years in a row, I would refer to the HBO’s winter premieres as the beginning of “think piece season.” It seemed that bloggers suddenly found themselves in high demand thanks to Lena Dunham’s daring return back to television with each season of Girls. Personally, I find Dunham as annoying as any celebrity—which is to say I don’t find her very annoying (or think about her all that much) at all. I watched and enjoyed Girls for two seasons, then sort of gave up because I didn’t particularly care about it. Sure, I watched the episode from last season that featured Marnie’s rimjob (I like to remain in the know, after all), but my life has been Girls-free for the last two years—and there’s been a blissful lack of thought dedicated to what was happening in the HBO’s twenty-something saga.

When I was asked to review the show’s fifth and penultimate season (the sixth season, HBO recently announced, will be its last), I was worried that I wouldn’t know what was going on. What had transpired between Hannah and her on-again, off-again boyfriend, the dashing yet troubling Adam? Was Marnie still thin and boy-obsessed, Jessa still vaguely British and sociopathic, and Shoshanna still bubbly and naïve? Did the show still somehow stand in as some microcosm of a gentrified, whitewashed Brooklyn and manage to represent a cultural zeitgeist—or, at least, attempt to in order to fuel an angry mob of Internet-based typists who had so many opinions about its cultural failings?

The premiere of the fifth season, which airs this Sunday, led me to believe it is still all of those things. Marnie is getting married (rather hastily, as one might imagine, to musician Desi). Shoshanna is fresh from Japan, where she’s living and working. Jessa has calmed down—or, at least, manages to serve as the mature, core figure of the group. And Hannah has moved on from Adam, is now dating Fran (played by Jake Lacy, who at some point has become every casting director’s idea of the Brooklyn Boyfriend), and still seems emotionally volatile—or, at least, still manages to push all of her friends’ emotional buttons.

The rest of the gang is here, too. Adam is also at the wedding, despite the fact that Marnie never seemed to like him very much. Ray, who dated both Marnie and Shoshanna, is also there, inexplicably. So is Elijah, Hannah’s gay college boyfriend (who I do remember sleeping with Marnie). This is, after all, a TV show, and all of these people who normally wouldn’t be in the same room together in real life somehow manage to get themselves invited to the same wedding. If they didn’t, there’d be no story.

What’s it like to check in with these folks after essentially unfollowing them for a few years? Well, it’s a lot like being invited to the wedding of a college friend you haven’t spoken to in a while, only to find out that a bunch of other people you used to know are also there, and they’re all still hanging out together. You’re not exactly sure why, as you found them mostly intolerable and decided to make new friends. But hey, it’s always nice to catch up and see what these people are up to, isn’t it? Sure, that’s what Facebook is for—to play voyeur while keeping them all at a safe, emotional distance—but still, the opportunity for something insane to happen in front of your very eyes makes it all worth it.

But Girls doesn’t always deliver because its drama is pretty low-key. As one might expect, Marnie doesn’t take well to marriage. Is it ever what it’s cracked up to be? And despite her seemingly perfect boyfriend, Hannah’s neuroses get the better of her, and so she analyzes the relationship to death and pokes at it—even though literally everyone she knows tells her to be patient because Fran’s such a good guy.

What is surprising, however, is how the supporting characters in the show’s foursome have become more interesting with time. Shoshanna, who in the show’s genesis was a broadly drawn stereotype of a Sex and the City obsessed NYU student, has dropped most of her daffiest characteristics and seems to have grown up—even if she fled to Japan to get away from a boyfriend. Jessa, similarly, has gone from a slightly borderline bohemian to a fully realized woman who manages to at least second-guess her bad decisions before she makes them (the season is pushing heavily for a romance between her and Adam).

It’s funny, then, that the most realistic characters on the show, Hannah and Marnie, have become the two who have evolved the least over its five seasons, giving way for the more seemingly superficial girls to seem more and more like real women.

Otherwise, it’s more of the same. Our girls fall in and out of love, say and do things that hurt each other, and so on. Yes, it’s like real life. Sometimes it feels like your Facebook friends’ photo albums are coming to life. But its best moments come when it turns a lens on those less like the people you know—such as Hannah’s father, newly out of the closet, who coming to terms with his identity as a gay man. The show really shines when it’s less about its main characters and becomes curious about others—basically when it no longer lives up to its name.