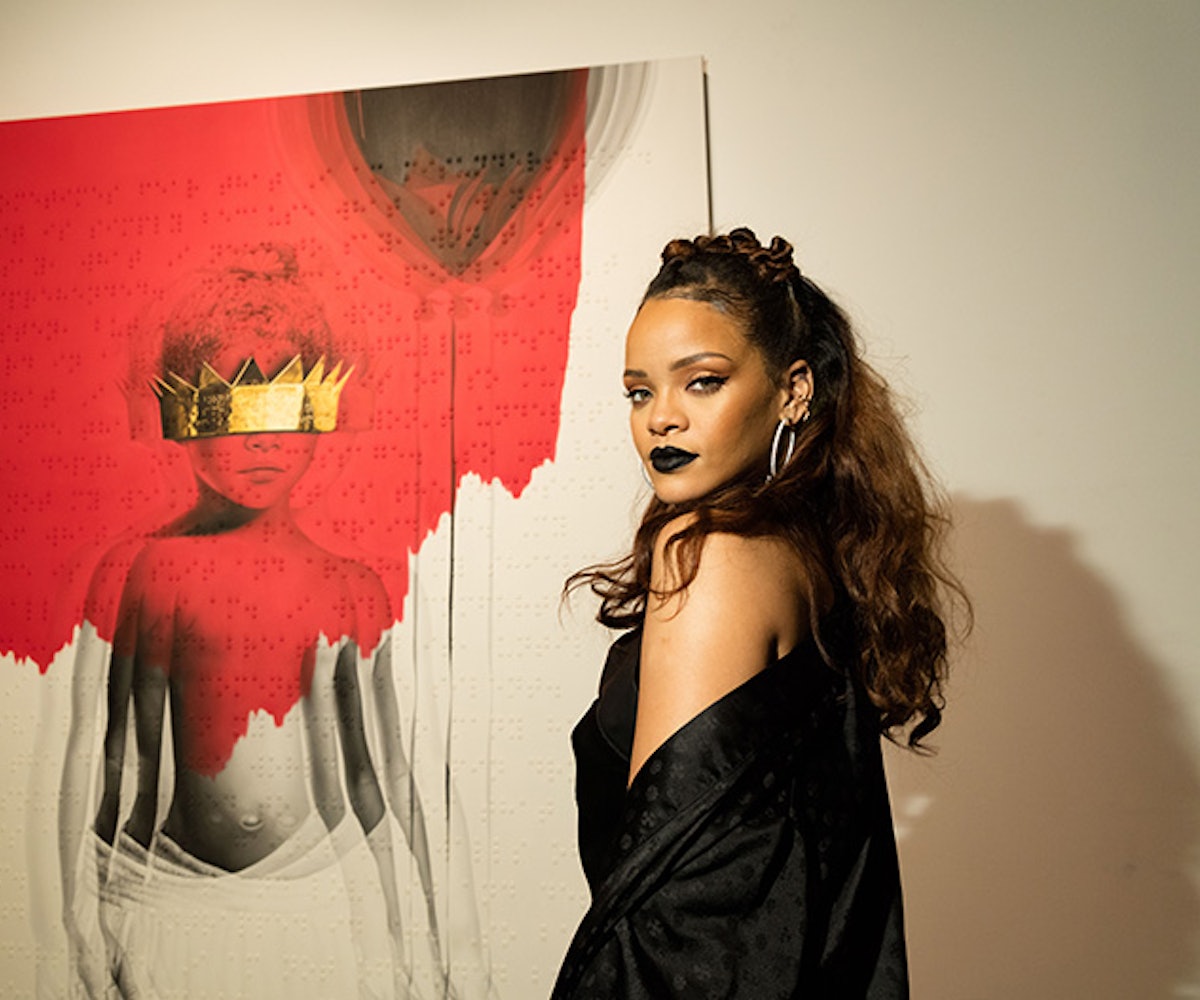 Sex is a hefty part of Rihanna’s brand. One doesn’t need to look for long to see its influence in her music, image, and videos. Sure, more recent studies have claimed that sex doesn’t sell, but it certainly didn’t hurt Rihanna’s success. Just this past June, Rihanna was named the most successful digital sales artist of all time by the Recording Industry Association of America (RIAA), becoming the first artist to surpass the 100 million mark. What’s more, she’s sold more than 200 million records internationally over the course of her decade-long career. That’s huge. This past week, her long-awaited eighth studio album ANTI went platinum by RIAA standards, but has only moved less than 1,000 units—460 units, to be exact. Suddenly, an album that was streamed over 13 million times the night it dropped was being lampooned as a flop. Which begs the question that’s long haunted the world of sex: does size matter?

More specifically, does size matter when it comes to album sales and their relation to its success?

Up until 2012, Rihanna had essentially put out an album a year, each one spawning a bevy of hit singles and going platinum multiple times. The promotional campaign for ANTI was long, clunky, and apparently, very expensive. Jay Z inked a $25 million deal with Samsung. Within that deal was the alleged promise that one million copies of ANTI would be purchased by Samsung and given away to fans for free, ensuring ANTI’s RIAA platinum status. (This discounts the Billboard/Nielsen charts because giveaway statistics are disqualified from the running. Miley Cyrus & Her Dead Petz had a similar fate.) Tidal’s stats are all over the place with no definitive answer as to what’s being counted as a sale or not. It’s messy, to say the least. You could even say shady. Coincidentally, the RIAA updated its requirements for gold and platinum albums to include streams yesterday, February 1. (Jay Z, the man behind Rih’s label, allegedly petitioned the RIAA to make the release of Magna Carta Holy Grail to go platinum, immediately after it debuted on Samsung phones.) But let’s not let the numbers detract from the actual product: the music and Rihanna’s respect for her fans.

For more than three years, the demand for new Rihanna music became obscene. The three singles she released before the official album were all over the place, but still managed to do decently well on the charts. It’s no surprise ANTI shot to the number one spot on iTunes’ charts when it hit the platform. Prior to that, though, Rih tweeted out her “gift to [the] navy” with a code to get ANTI, the album that almost wasn’t, for free. As mentioned before, it was streamed/consumed/listened to/whathaveyou millions and millions of times. And yet, it’s still called a flop. On the other side of the coin, when Taylor Swift removed her music from streaming platforms and demanded people pay for it, she was called greedy. As this Twitter user observed, there’s no winning here. Now, everyone wants to turn something positive—like gifting your music to your fans—into something negative.

If music sales are signs of an album’s success, then we best be prepared for more of our favorites to flop. Halfway through 2015, digital music sales in the United States were down by over 10 percent, album sales were down by 4 percent. ANTI, in Rihanna’s case, is her worst album release to date; sales-wise, it is, indeed a flop. (The ticket sales for her forthcoming show don’t look good, either.) But the album itself is excellent. It’s ambitious, provocative, and breaks the rules of what we’ve come to expect a Rihanna album to sound like. Platinum or not, ANTI’s deluge of downloads proves that the Rihanna reign just won’t let up.