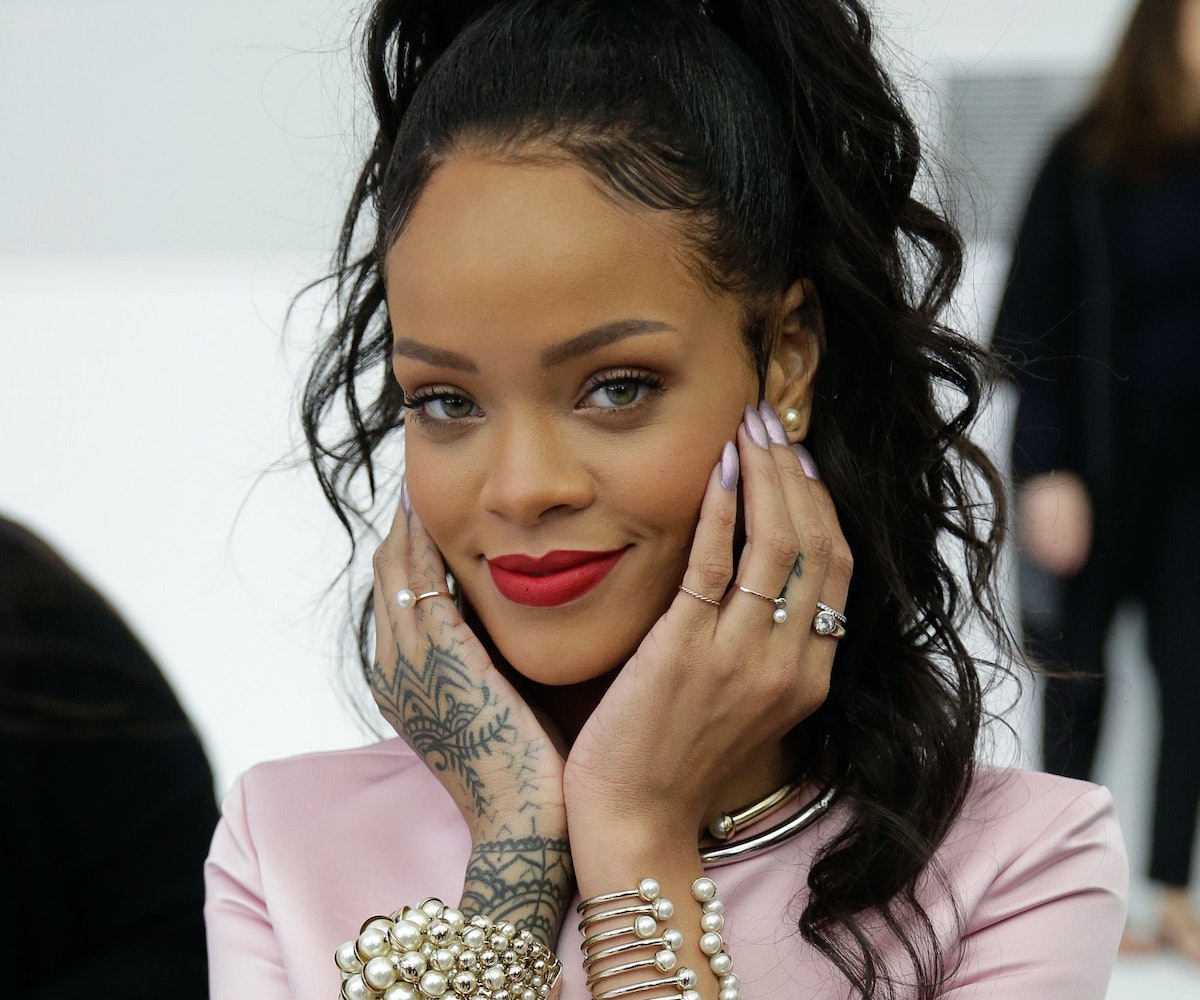 Rihanna is coming to a theater near you, but it won't be in a Battleship sequel (phew). Instead, the director of that movie, Peter Berg, had the bright idea to make Rihanna herself the subject of a feature-length documentary that will take an “unfiltered look into Rihanna’s life and how she’s ascended to become a global icon,” according to the director. Berg, who also created the Friday Night Lights TV show and most recently directed the Marines saga Lone Survivor, wants to film to be a modern spin on the seminal Bob Dylan documentary Don't Look Back, which covered the singer's 1965 tour, and at the time was an unprecedented, all-access look at a music superstar.

The comparison immediately sets the movie apart from fluffier fare like Katy Perry's Part of Me. In fact, Berg said the movie will be “much more a character study than a music film.” Other details are scarce of the still untitled film, but this is us making a personal plea to Peter Berg to please shoot this thing during Rihanna's summer tour with Kanye West for reasons that should remain obvious. Thanks.