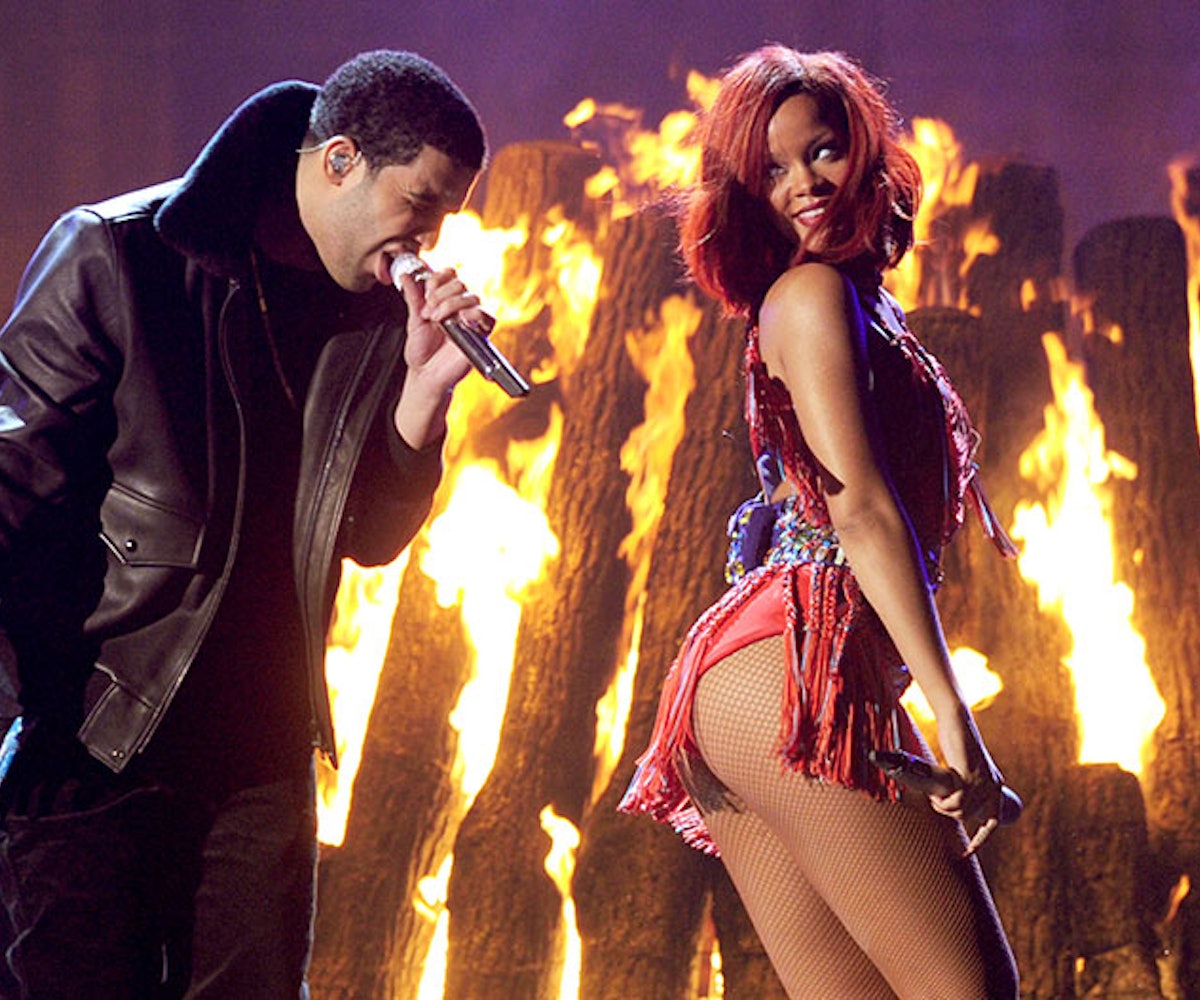 Drake had quite the Coachella. He made out with Madonna and, apparently, reunited with Rihanna. After all, nothing gets sparks flying quite like a sea of flower crowns, lacy tops, and thumping music in a desert of artificial foliage.

As Hollywood Life reports, the couple unofficially known as Aubrih was seen looking very much in love, according to a source that wished to go unnamed. “Rihanna and Drake were spotted together this weekend at Coachella,” the article says, “and our witnesses say they looked very ‘couple-ey’.” Oh na na what is going on?

Nothing, probably. Rihanna attending Drake’s Coachella set and based on her Snapchats, seemed to have a good ol’ time. These two are forever on-again-off-again. Pics or it didn’t happen.