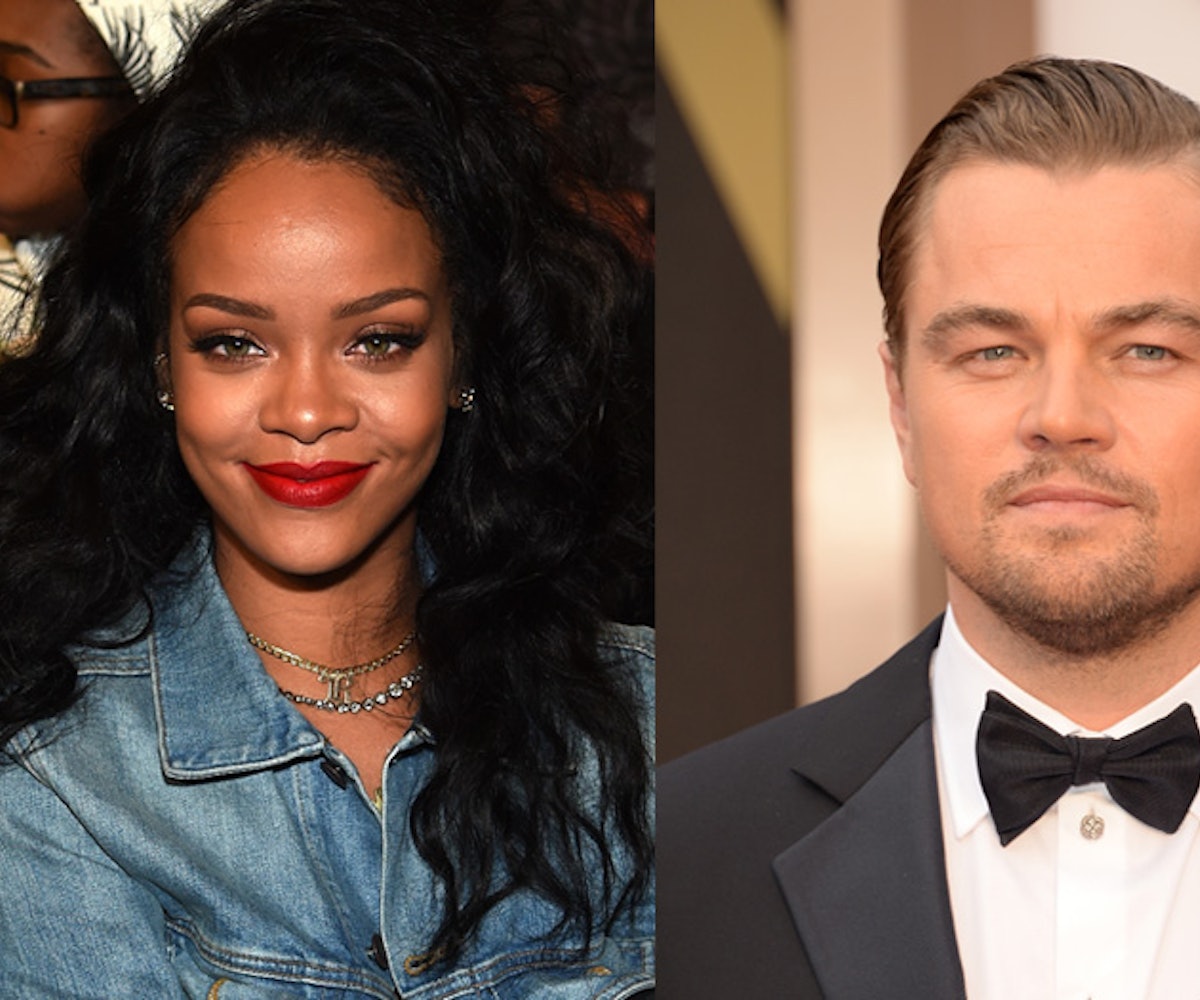 Sometimes, covering celebrity is a bit like writing fan fiction of all of your favorite pop culture dreams. What if, say, Beyoncé gave birth to a magical porcupine with wings? Or what if Meryl Streep decided to write show tunes with Steven Seagal? The thing is, in the celebrity pop cultural landscape, any of these things can happen at any given moment.

Which is why the news that Rihanna was seen making out with — nay, canoodling — with Leonardo Dicaprio at a party is almost unsurprising. Here are the facts: They both went to the Playboy mansion this weekend, and they both vacationed in the same place over the holidays. Two celebrities within the same orbit means, obviously, celebrity sexing.

Also, it so easily fits into our celebrity fan-fiction repertoire. Take the two largest personalities in their respective industries, each known for deliberately not giving an eff, and pair them together. It's not only fan fiction, but also the stuff of which romantic comedies are made. ("He was a millionaire playboy with a weird man bun. She was the biggest pop star stoner whose eyebrows are on fleek. Together, they exploded the internet in the only way they knew how: By taking very many fancy vacations.") Anyway, whether or not it is true, it sure would make for a lot of good photos taken on yachts, right? We don't even think we are ready for said jelly.