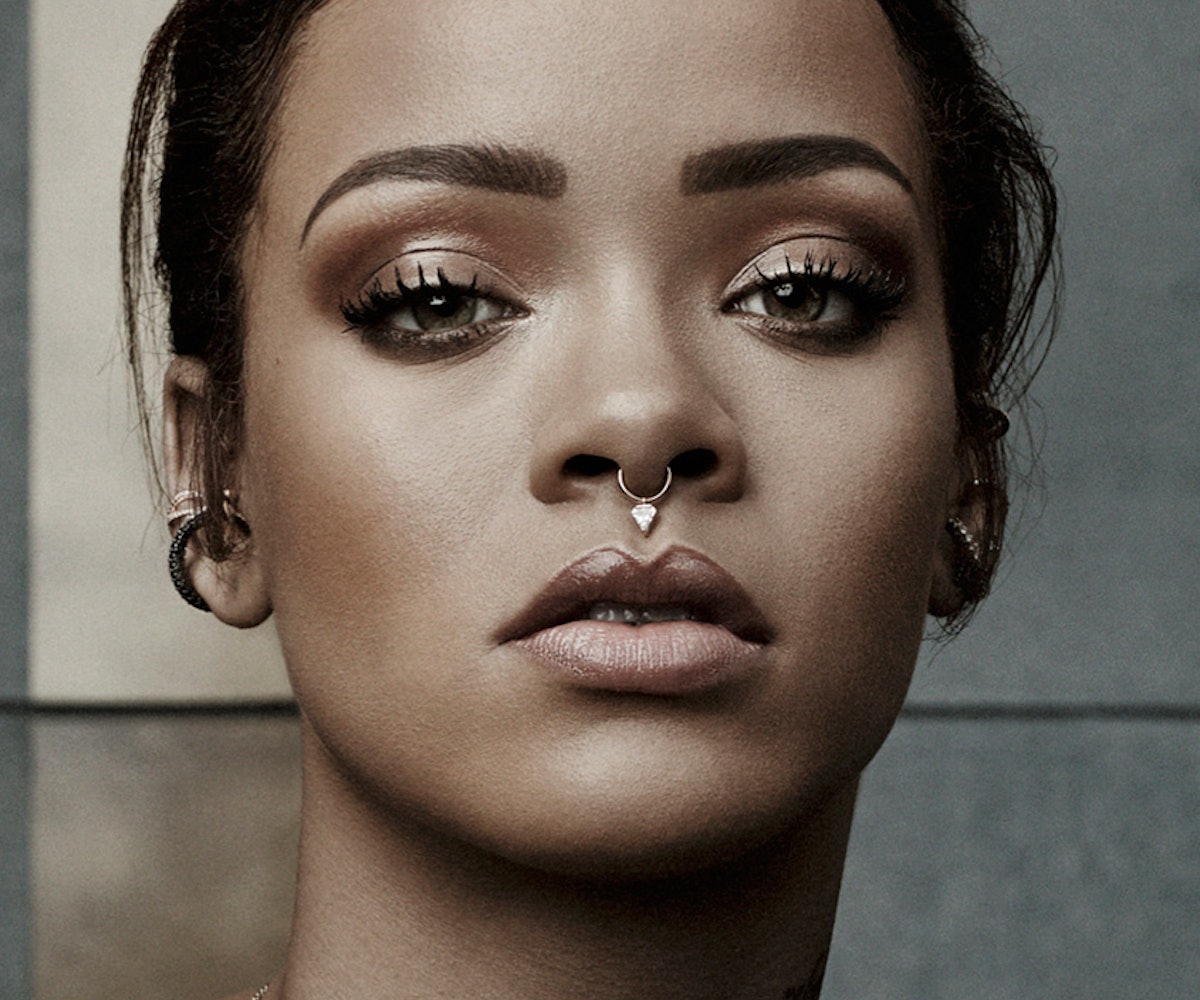 Rihanna. Somehow, over the past decade, Robyn Fenty’s middle name has become both a noun and adjective. There is Rihanna, the Barbadian girl flown to New York, at the age of 16, to record a demo and never looked back. There is Rihanna, the bad gal persona sometimes used to describe an individual’s attitude. Then, and more curiously, there is Rihanna, the idea. It’s a peculiar one because, as Miranda July so poignantly writes in her T Magazine profile on the superstar, unlike Lady Gaga or Beyoncé, she “hasn’t created a persona around herself.” This might seem like a contrast to what Rihanna had to say about herself in Vanity Fair—how fun it’d be to live up to her reputation—but July’s understanding of her is spot on.

“She doesn’t have to manufacture dimensionality, because she actually is soulful, and this comes across in every little thing she does,” July writes. Perhaps that’s where her reputation comes from. Rihanna also hasn’t done many interviews. Her social media presence, however irreverent it may be, has been our key to her world, and that, 100 percent shapes her reputation. Only after reading (well, in my case, devouring) July’s profile, does the “thing” that makes Rihanna Rihanna make sense.

Rihanna is one of T Magazine’s Greats, and in her interview, talks candidly about sex (she once felt insecure about her sexuality) and racism. “You know, when I started to experience the difference—or even have my race be highlighted—it was mostly when I would do business deals,” she explained. July goes on to explain that within her statement is the idea that “everyone’s cool with a young black woman singing, dancing, partying, and looking hot, but that when it comes time to negotiate, to broker a deal, she is suddenly made aware of her blackness.” Rihanna adds that sort of treatment doesn’t end. “I know what they’re expecting and I can’t wait to show them that I’m here to exceed those expectations.”

Those expectations are high right now, but only because she’s raised the bar herself. Rihanna continues to be a stellar business woman, making smart brand alignments like her recent ones with Puma and Stance. Her eighth studio album has been buzzing longer than the rumor of Beyoncé’s BEYONCÉ. The idea of Rihanna is what keeps us interested, and apparently, experiencing her in real life seals the deal. “If Rihanna has a ‘thing,’” July writes, “it’s that she changes her thing so often.” It’s called staying true to yourself, and hell, she might not admit it, but that’s a damn good reason to call Rihanna a role model.