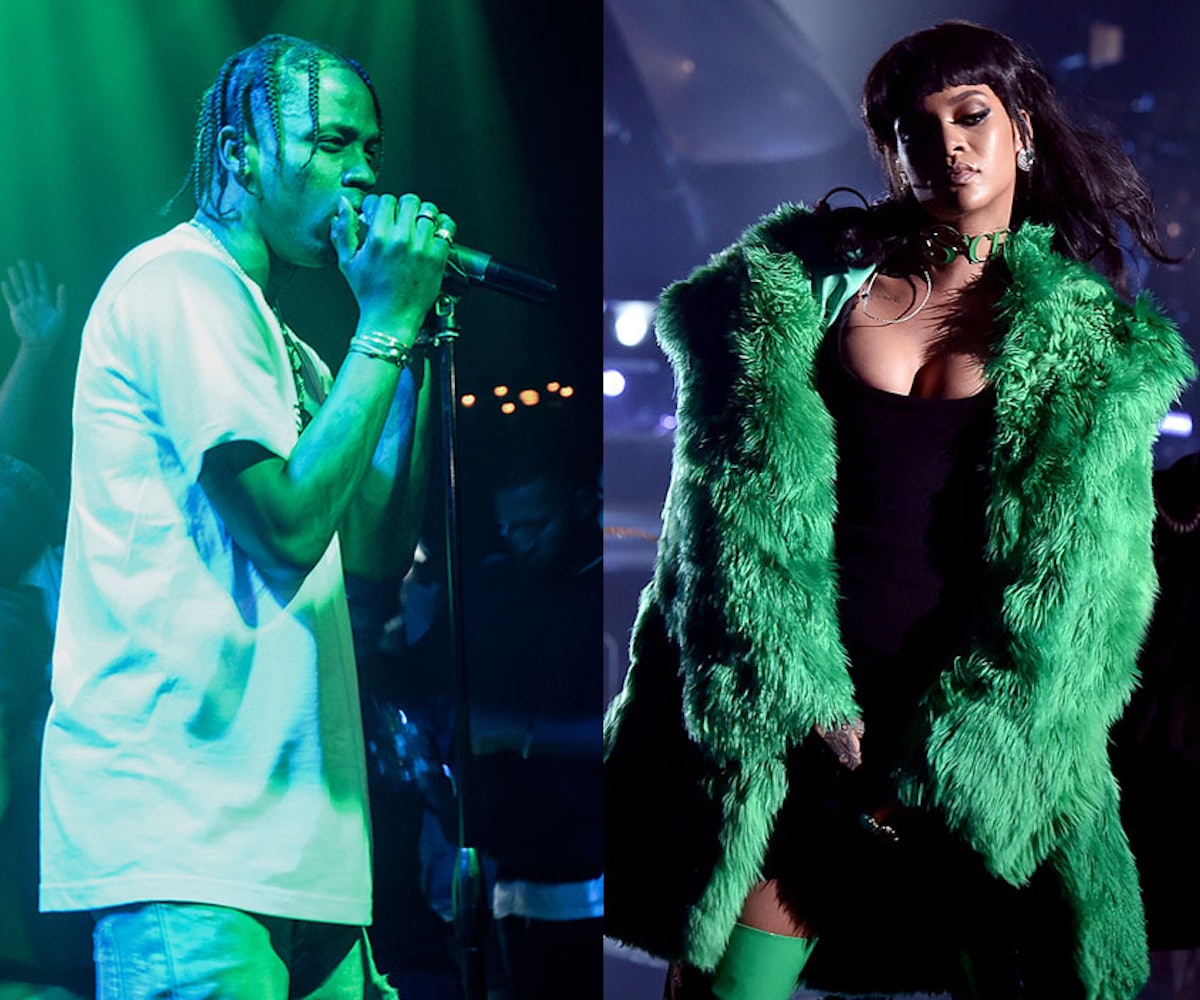 When you only know trill people, and you've been personally taken under Kanye West's wing, there's a pretty good chance that gossip columns are going to start picking up on your every move. Such is the case with Travi$ Scott. The 23-year-old has been hanging out with Rihanna, and has now found himself in tabloid headlines. Are they dating? Are they not? Well, friends, after they were reportedly seen making out, whispering in each other's ears, and watching each other perform over the past few days, one brave, anonymous source has come forward to answer your burning question. "Travis and Rihanna are dating, officially," an "insider" told E! News. "It's already very serious. He's very into her."

Now, we don't mean to play devil's advocate to some serious, very important insider, but we feel we must state that sometimes people make out just to make out, and other times, people go to watch people perform just because they like the other's music. Also, Rihanna posted