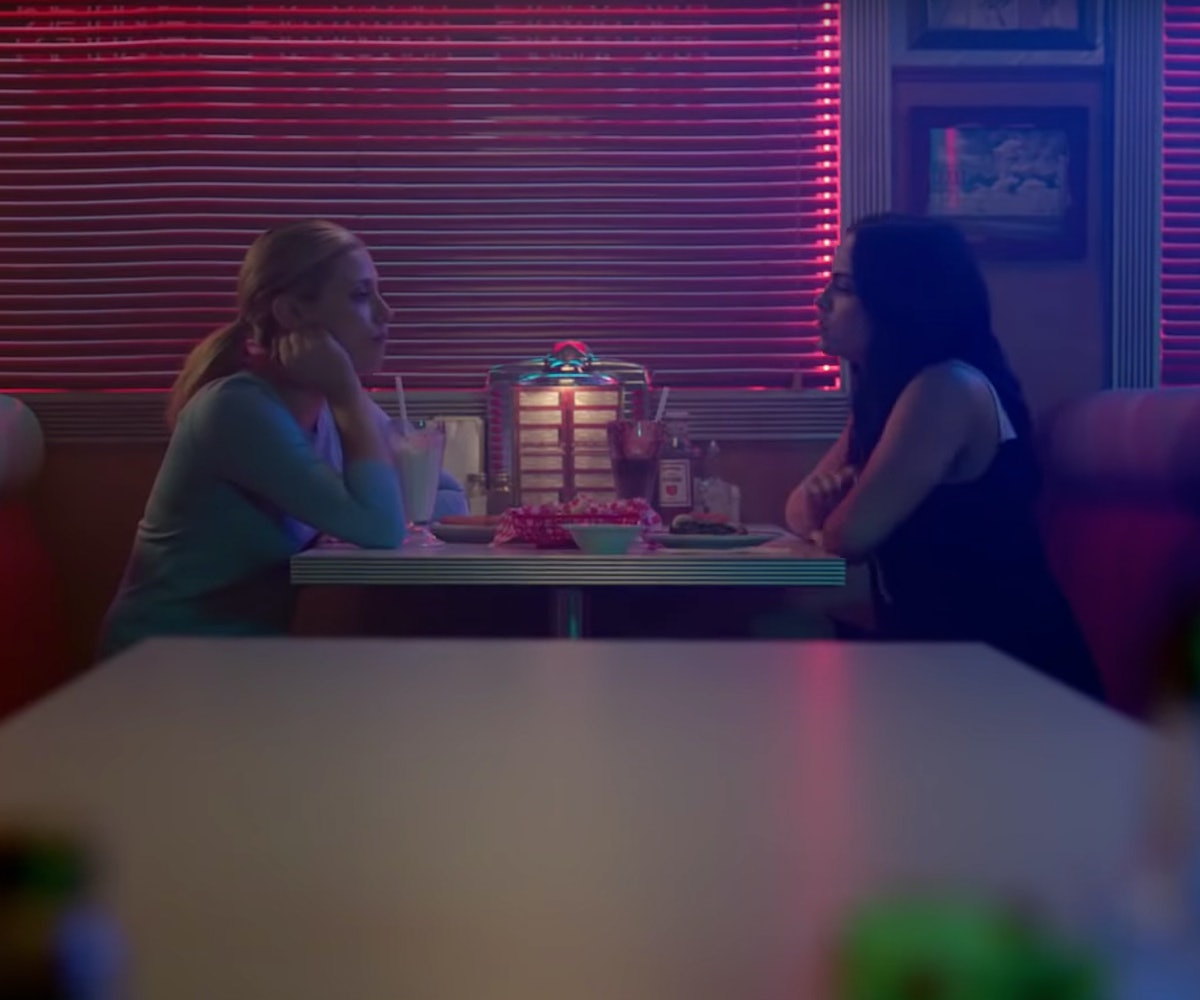 Your first look at the '90s throwback episode of Riverdale is here, via Entertainment Weekly. And, executive producer Roberto Aguirre-Sacasa reveals that the episode, in which the young cast members will portray their parents, will have to do with this season's central mystery.

Spoiler alert: Early this season, the Archie and the gang find out that the murder victims were playing the Riverdale version of Dungeons and Dragons, called Gryphons & Gargoyles. "And what our kids in the present discover is that their parents, when they were in high school, were also playing this game and there was a similar murder that happened in the past," Aguirre-Sacasa said.

Lili Reinhart revealed that her character's mother, Alice, is much different as a young person. "She’s not just this uptight, precocious, looks-down-upon-everyone teen," Reinhart said. "Like she was a Serpent. So that gives her young personality a lot." Her wardrobe, in the first look pics, reflects this, with a leather motorcycle jacket, blown-out curls, and flannel wrapped around the waist.

Head over to EWto check out all the new visuals. Riverdale's throwback episode is scheduled to air on November 7 at 8pm EST on The CW.