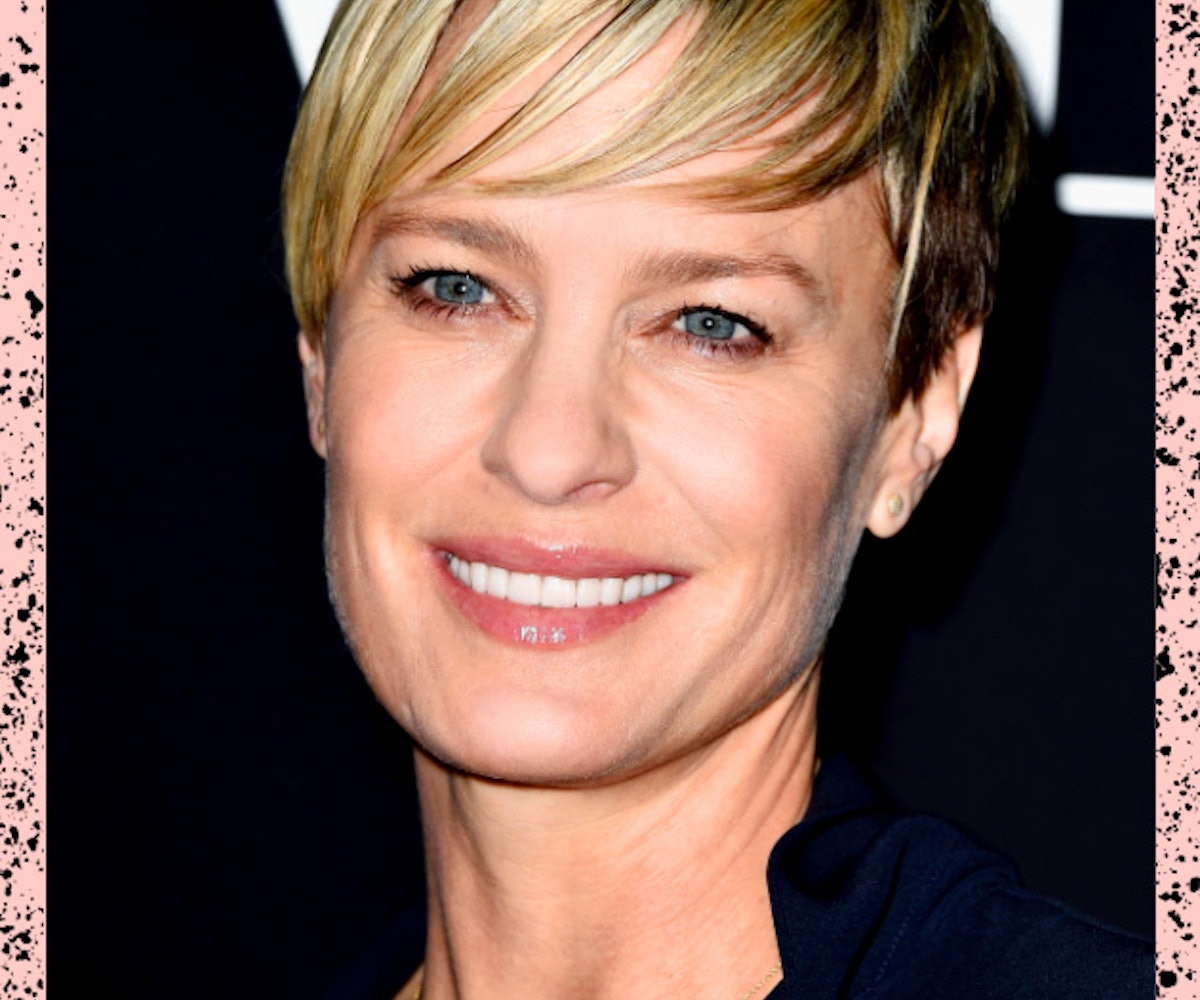 When season three of House of Cards suddenly leaked onto Netflix a couple of weeks ago, our immediate thought was, Awesome! We get to see Robin Wright reclaim her throne as the baddest bitch on TV! Then, those cruel Netflix overlords suddenly removed the entire season from the site, and now we're forced to wait, along with everyone else, for February 27 when the entire season drops for real. We caught up with Wright to talk about directing her first episode of the series, David Fincher's unusual process, and to get her take on what exactly is going on with the Underwoods.

Talk about making your directorial debut in season three.

I love it. I wanna keep doing it. I kinda want to stop acting. Not kidding. I’m such a control freak and that’s really the truth of it. And being in this business for almost 30 years, I’ve been biting my tongue for so many years on set.

Do you bite your tongue with David Fincher?

He does something different with me than what he does with everybody else and that’s why he’s a great director, because he picks up on the nuance of the person. That aura that you are versus you, and he knows how to get it out of you because it’s going to be different getting it out of you. He just yells out descriptive phrases and it works because he doesn’t call cut. “Don’t act, say it like this. Say it like you want to kill your mother. Say it like you’re about to fart.” He’ll just throw things out at me so fast that I don’t have time to think.

Do you see Claire as evil?

I don’t think she’s evil because I can’t think that. No way. She’s very diligent and divisive and decisive, and that’s all I need to think about. She gets the job done. It’s ends justifying the means, right? There is a mutual gain to be had for this empire Underwood and it’s an enterprise. They’re going to have a competitor. They’re going to have roadblocks, so if those roadblocks are in the way, we try to get around it. That’s Machiavellian, that’s The Art of War, and somebody has to lose if someone is going to win.

How do you explain Claire turning against him the way she does?

There’s an agreement and it’s an addendum to the contract of the nuptial they have, which is I do for you, you do for me. That’s how it goes. I do for you, I do for you, I do for you, and you don’t do for me? Okay, I’m going to go do for me in this way. That’s what happened in season one, and I think they understand that agreement. At the moment he got too big for his britches and his ego got the best of him and then she showed him that’s not okay. Mommy’s not happy.

Is it a lust for power, or is it just greed?

It’s about greed, and that is what you were talking about, you’re talking about what is the backdrop of politics. It is about greed and power because that’s the only way to get your fucking bill passed or something on the agenda, to get Obama to look at it. It’s evil and it’s corrupt and it’s venal.

How much of the show is drawn from Macbeth?

He’s not Macbeth in any shape or form because he never hesitates, he doesn’t have a doubt, and he’s not weaker than Lady Macbeth. The way it was displayed to us long before episode one was ever written in season one, it was you are Lady Macbeth to his Richard III. Period. The end. We are equals and we have deep, profound respect for one another. And they truly love each other. They do. Different kind of love but they do.

Do they get turned on by power?

Yeah, I think that’s sex for them.