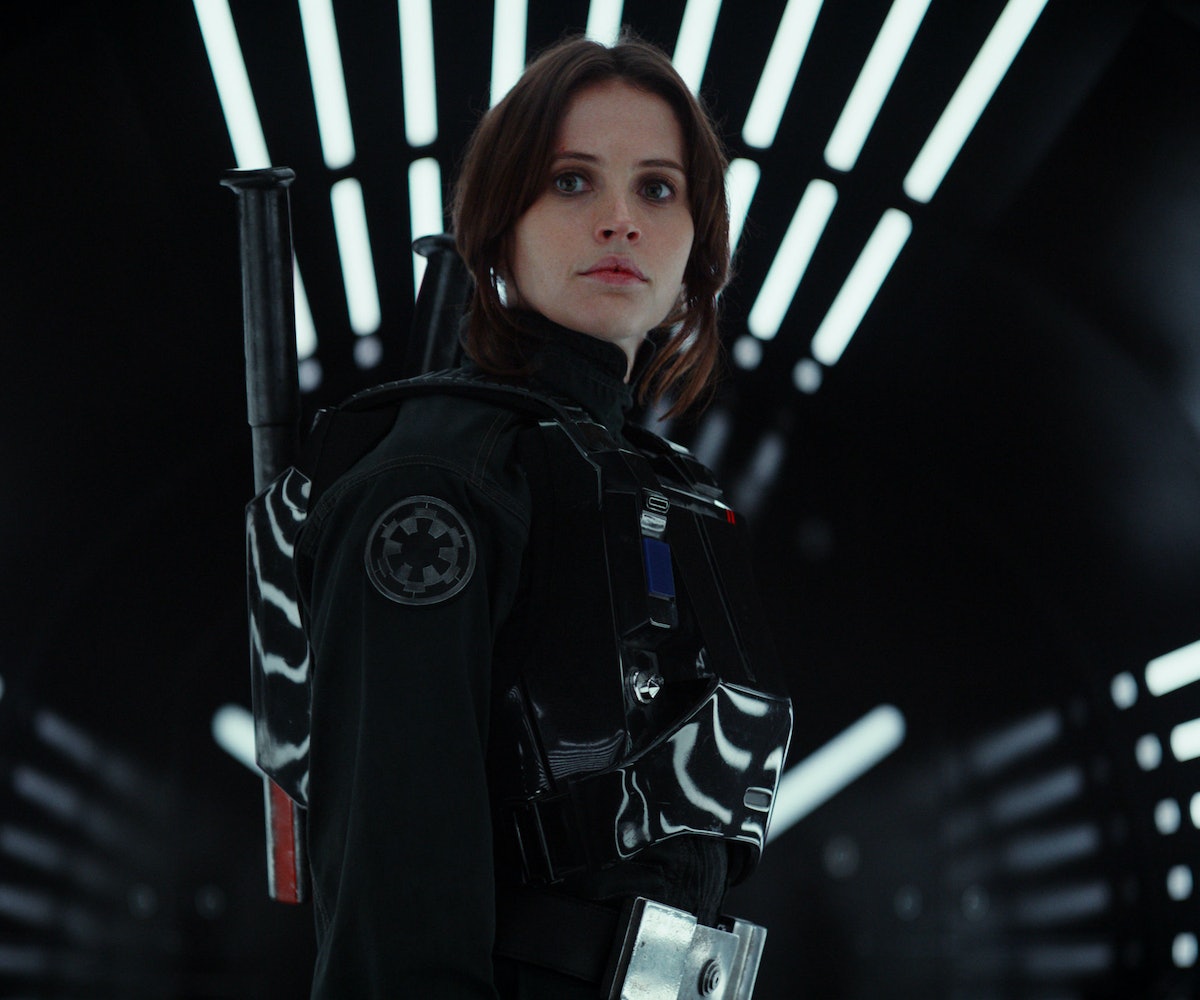 The review embargo for Rogue One: A Star Wars Story was lifted on Tuesday, and critics far and wide finally weighed in on the year's most hotly anticipated movie. Not that it really matters—moviegoers are going to be lining up all weekend long whether critics love it or not—but the news is mostly positive for Lucasfilm's first standalone Star Wars movie.

The majority of critics seem to appreciate director Gareth Edwards' gritty take on the Star Wars universe, which Edwards has said, takes many of its cues from traditional war movies. Ignatiy Vishnevetsky of AV Club, for instance, called it "about as violent and downbeat as Star Wars gets on the big screen," while Jim Vorel of Paste magazine adds that it's a "triumphantly thrilling, serious-minded war movie that is incalculably stronger for the fact that it's NOT the first chapter in a new franchise."

Also earning raves is the film's impressive ensemble, in particular, Ben Mendelsohn, who plays the film's villain Orson Krennic with "the most delicious shades of fright and fun this side of Christoph Waltz," according to Peter Travers of Rolling Stone.

If there is a knock on the film—which chronicles a team of rebels and their attempt to steal the Empire’s plans for the Death Star—it's that it's too conventional to set itself apart from the franchise's more iconic entries. "All the pieces are there ... like Lego figures in a box," writes A.O. Scott of The New York Times. "The problem is that the filmmakers haven't really bothered to think of anything very interesting to do with them." Bilge Ebiri of The Village Voice added that despite its "vivid visual imagination," the film left him feeling "totally cold."

With anything as intrinsic to our cultural identity as Star Wars, a film like this was bound to generate a wide spectrum of impassioned takes, but based on the largely positives reviews (it currently sits at 83 percent fresh on Rotten Tomatoes), there's very good reason to be optimistic heading into opening weekend. Check out more of what the critics are saying about Rogue One, below.

"[The Star Wars series] is starting to feel like drudgery, a schoolbook exercise in a course of study that has no useful application and that will never end. Rogue One, named for the call sign of an imperial cargo ship appropriated by rebel fighters, is the opposite of that vessel. Masquerading as a heroic tale of rebellion, its true spirit is Empire all the way down. Like the fighters on the planet Scarif, which is surrounded by an all-but-impenetrable atmospheric shield, you are trapped inside this world, subjected to its whims and laws. You can’t escape, because it is the supposed desire to escape that brought you here in the first place." —A.O. Scott, New York Times

"[If] only Rogue One didn’t share its characters’ tragic need to be defined by its mission. The film is completely constricted by its purpose, choked by Darth Vader and the shadow of his looming war. It’s frustrating enough that contemporary blockbusters have become so episodic, each franchise installment an advertisement for the next, but it’s even more suffocating to watch a film that has to fit the contours of a sequel that the world has already committed to memory." —David Ehrlich, IndieWire

"Not only does Rogue One overlap ever so slightly with A New Hope, but it takes that blockbuster’s biggest weakness — that a small one-man fighter can blow up a battlestation the size of a class-four moon — and actually turns this egregious design flaw into an asset. Now we know why the Death Star has an Achilles’ heel and how that information fell into Princess Leia’s hands. Plus (and here’s the aspect that should send longtime Star Wars fans into ecstatic orbit), director Gareth Edwards has finally made the first Star Wars movie for grown-ups." —Peter Debruge, Variety:

"Taking place just before the events of the first released Star Wars movie in 1977, this spin-off/prequel has the same primitive, lived-in, emotional, loopy, let's-put-on-a-show spirit that made us fall in love with the original trilogy...As a movie, it can feel alternately slow and rushed, cobbled together out of spare parts, and in need of more time of the drawing board. But the damn thing is alive and bursting with the euphoric joy of discovery that caught us up in the adventurous fun nearly four decades ago." —Peter Travers, Rolling Stone

"Rogue One would have been a very good stand-alone sci-fi movie if it came out under a different name. But what makes it especially exciting is how it perfectly snaps right into the Star Wars timeline and connects events we already know by heart with ones that we never even considered. It makes you wonder how many other untold stories are waiting in the shadowy corners of Lucas’ galaxy far far away." —Chris Nashawaty, Entertainment Weekly

devotees, of which a few reportedly exist, needn’t panic: the thing is crammed with the kind of cameos and callbacks, from beloved incidental characters to sly recreations of specific shots from the original trilogy, that make multiple viewings a necessity." —

"So this new entry in the series, stand-alone or not, earns solid middle-to-upper-middle standing in the overall franchise scheme of things. Whether we ever see any of these new characters again remains an open question; some would be welcome, others will not be missed. What fans will get here is loads of action, great effects, good comic relief, stunning locations (Iceland, Jordan, and the Maldives) and some intriguing early glimpses of the Galactic Empire as it begins to flex its intergalactic power." —Todd McCarthy, The Hollywood Reporter