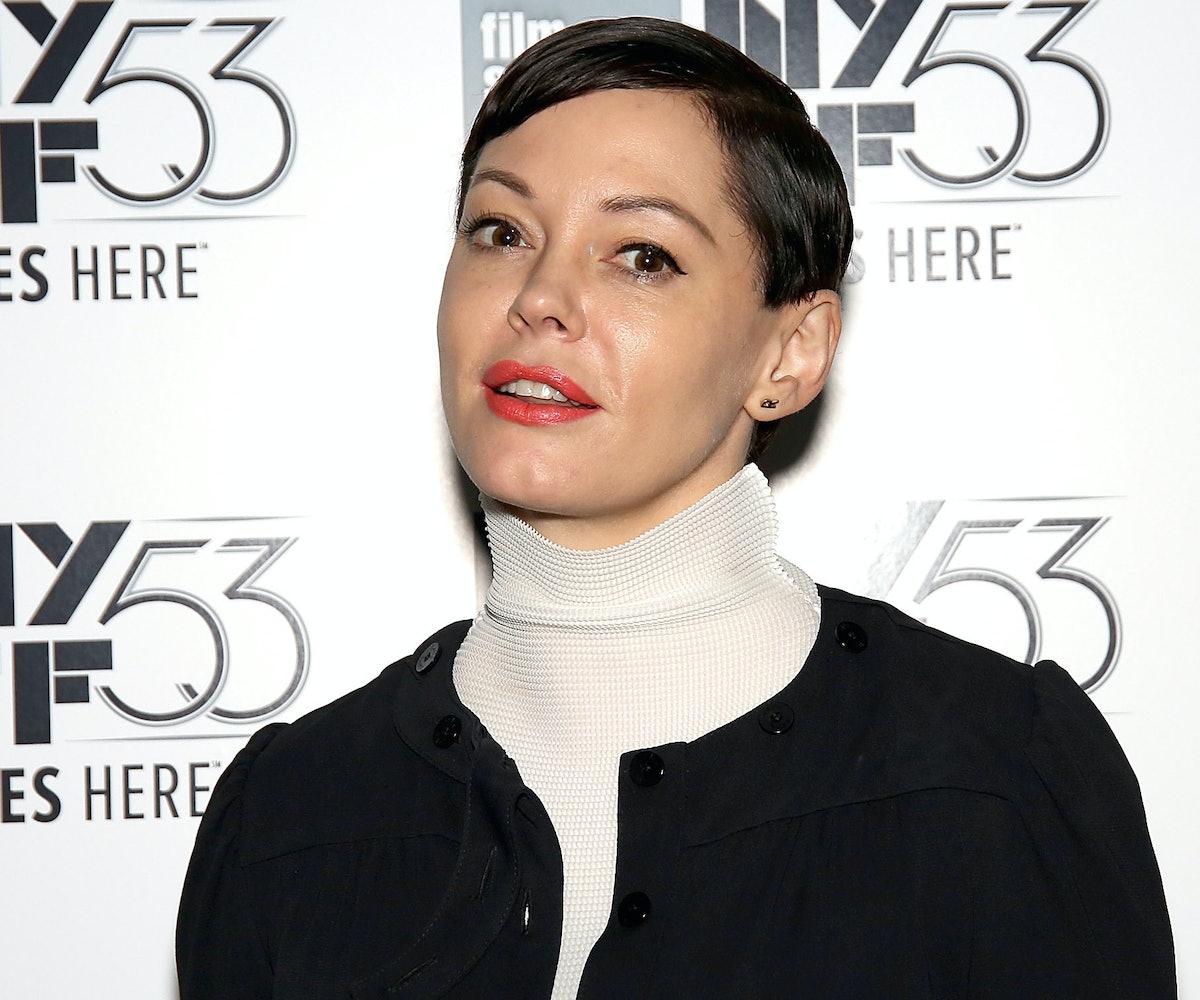 Rose McGowan is coming under fire for statements that some think border on "victim blaming" Anthony Bourdain for his death by suicide.

Yesterday, McGowan wrote an open letter urging people not to misplace blame upon Bourdain's girlfriend, Asia Argento, for the death. "I know so many around the world thought of Anthony Bourdain as a friend and when a friend dies, it hurts. Many of these people who lost their 'friend' are wanting to lash out and blame," she wrote. "You must not sink to that level. Suicide is a horrible choice, but it is that person's choice."

"Anthony's internal war was his war, but now she's been left on the battlefield to take the bullets," McGowan continued before adding that it is not "fair or acceptable to blame" even Bourdain himself for what happened. "We are asking you to be better, to look deeper, to read and learn about mental illness, suicide and depression before you make it worse for survivors by judging that which we do not understand, that which can never fully be understood."

That said, one particular section, in which McGowan talks about how, unlike Argento, Bourdain "reached out for help, and yet he did not take the doctor's advice" bothered many readers.

"In the beginning of their relationship, Anthony told a mutual friend, 'He's never met anyone who wanted to die more than him.' And through a lot of this last year, Asia did want the pain to stop. But here's the thing, over their time together, thankfully, she did the work to get help, so she could stay alive and live another day for her and her children," McGowan wrote. "Anthony's depression didn't let him, he put down his armor, and that was very much his choice. His decision, not hers."

McGowan continued, "Anthony was 61, the same age my father was when he died. My father also suffered from intermittent deep depression, and like Anthony, was part of a 'pull up your bootstraps and march on' generation. The a 'strong man doesn't ask for help' generation... And that has led us here, to this tragedy, to this loss, to this world of hurt."

These sentences read as victim-blaming to some, who called McGowan out for "dangerously treading on ground you don't belong on."

"a hearty 'FUCK YOU' to rose mcgowan's bullshit letter about anthony bourdain, which seems to victim blame him for not following his doctor's advice shortly before his passing," writer Allie Gemmill tweeted in response, "fuck that mightily."

Another commenter responded to a post about McGowan's letter by writing, "My only thing with this is that she says don't even blame Anthony, but then there are two parts where it sort of reads like 'he could have tried harder,'" and pointing out that "saying he 'put down his armor' and didn't do the same thing Asia did seems more critical to me than just pointing out steps." Others noted that while the note may have been well-intentioned, the tone and word choice was "really inappropriate." Read the responses to McGowan's letter below.