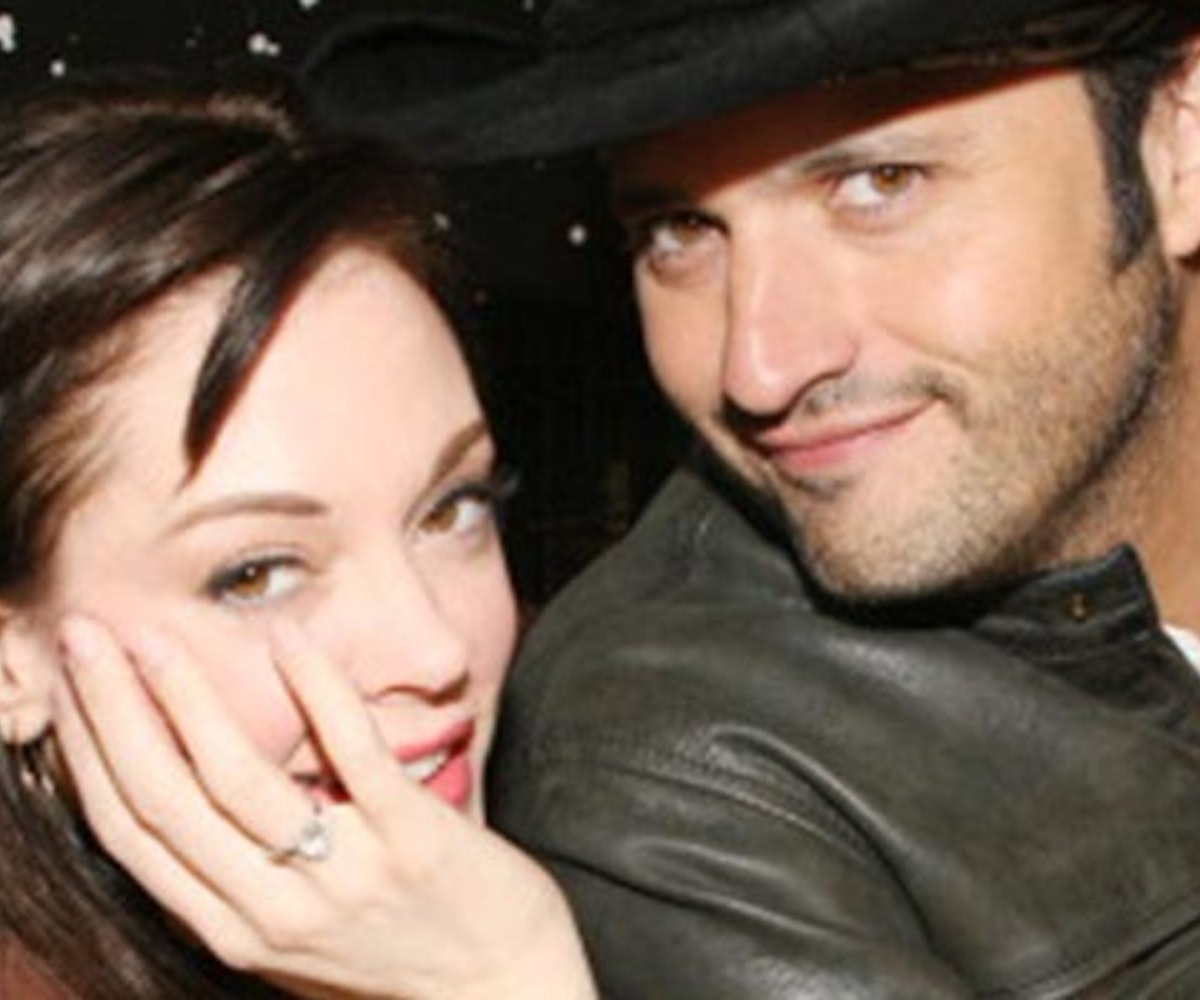 Rose McGowan has called out a lot of powerful men in Hollywood for being complicit in Harvey Weinstein's decades-long history of sexual assault, and she's not done yet. In her forthcoming memoir, Brave, McGowan writes about her ex-boyfriend and director Robert Rodriguez and how he allegedly used knowledge of her alleged rape at the hands of Weinstein to manipulate her on set.

While Rodriguez disagrees with McGowan's account of these events, the actress claims the director used an assault scene in the Grindhouse double feature, Planet Terror and Death Proof, as "a tool for mind games." In the scene, McGowan's co-star, Quentin Tarantino, attacks her. "I was in a backward world," McGowan writes in her book. "I was losing my grip on sanity." Then, to add insult to injury, McGowan says, Rodriguez sold the film to Weinstein, "my monster."

Rodriguez responded to McGowan's claims in a statement to Vulture. "These inaccuracies may appear to put me at odds with Rose, but I have no quarrel with her," he said. "It’s when publications don’t fact check these basic things, you end up with something inaccurate that then has to be disqualified."

The director previously claimed that he knew Weinstein attacked McGowan and that he'd cast her to spite him. He maintains this story and adds that the Weinstein brothers began funding the film in 2005, a year before filming began, so McGowan would've known of their involvement from the start.

Meanwhile, McGowan continues to call out predators in Hollywood. "Rose McGowan vs The World is the headline for a Vanity Fair article that’s out now," she tweeted. "Let me correct you VF: it’s Rose McGowan vs rapists, child molesters and a toxic group of sociopath enablers."