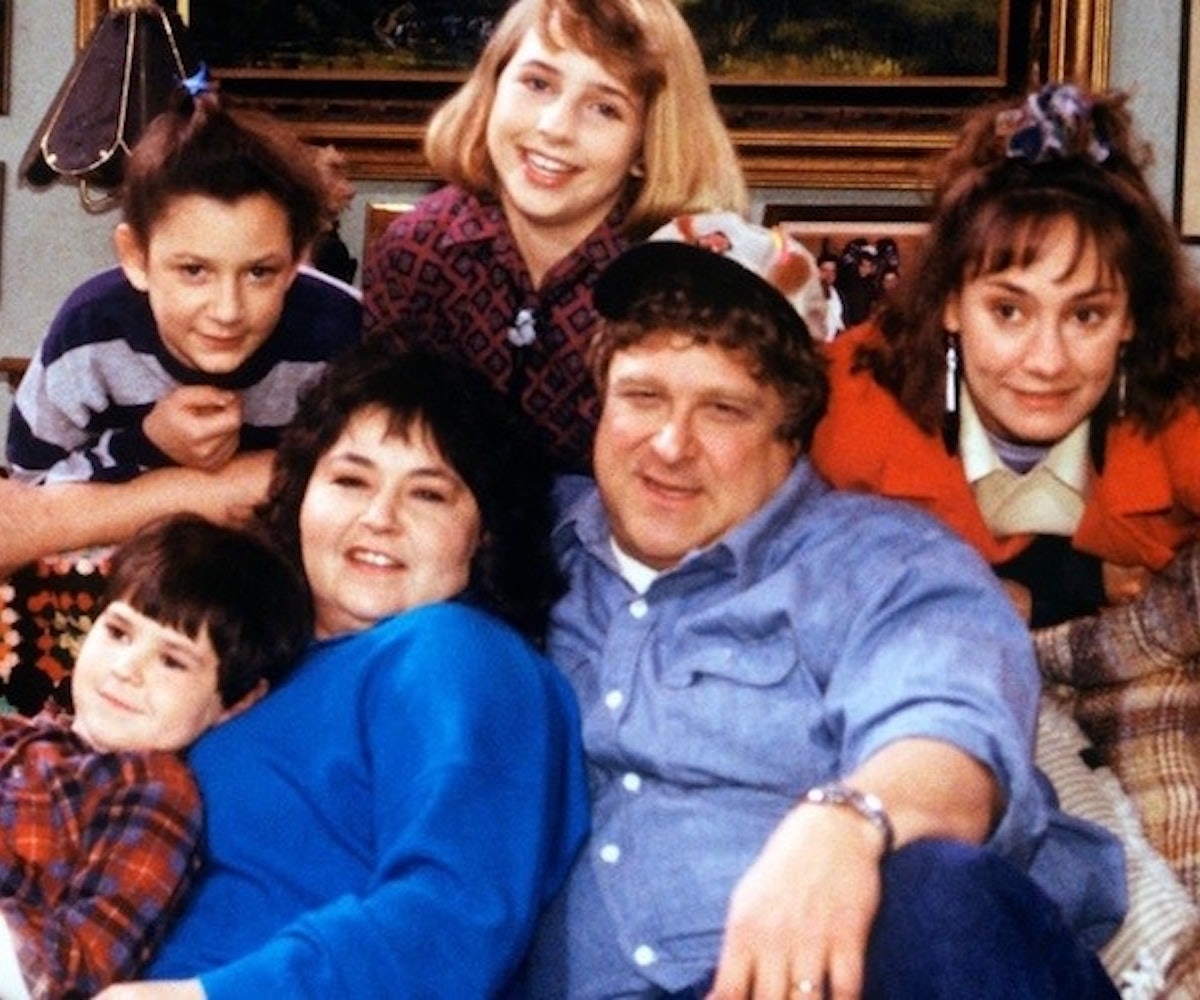 We’re always here for reboots of the sitcoms from our childhood, but not all of our old favorites age as well as we’d hope—especially when a decade or two has passed in between. When we first heard that Roseanne was coming back this March, we were pumped, but, like with other reboots that we had some reservations about, we just weren’t sure how it would fare in the modern day.

With today's announcement, we were excited to learn that this new season will be relevant to today's times—the show is bringing in a gender-nonconforming character.

In an interview with Entertainment Weekly, executive producer and star Sarah Gilbert (who plays Darlene, Roseanne’s daughter) has revealed that her nine-year-old son Mark, a new character to the show, will be depicted as gender-nonconforming. He will be portrayed wearing both boys and girls clothing throughout the season.

What Gilbert wants to make clear is that, while he likes to wear girls clothing, Mark doesn’t see himself as transgender or gay—at least not yet. “He’s based on a few kids in my life that are boys who dress in more traditionally feminine clothing,” Gilbert said. “He just likes wearing that kind of clothing and that’s where he is at this point in his life.” While Mark will wear girls clothing regularly on the show, there will be an episode that will focus on the topic more heavily.

Why did Gilbert want to make sure a character like Mark was included in the new season? “It represents the world. This is a show that’s always been able to represent the world and talk about it without being so issue-heavy,” she says.

As Roseanne aims to be a show that the whole family can watch together, this is an important subject to be discussed amongst families and may offer support to children watching who can relate or may feel lost or confused.

The Roseanne reboot premieres on March 27 on ABC.