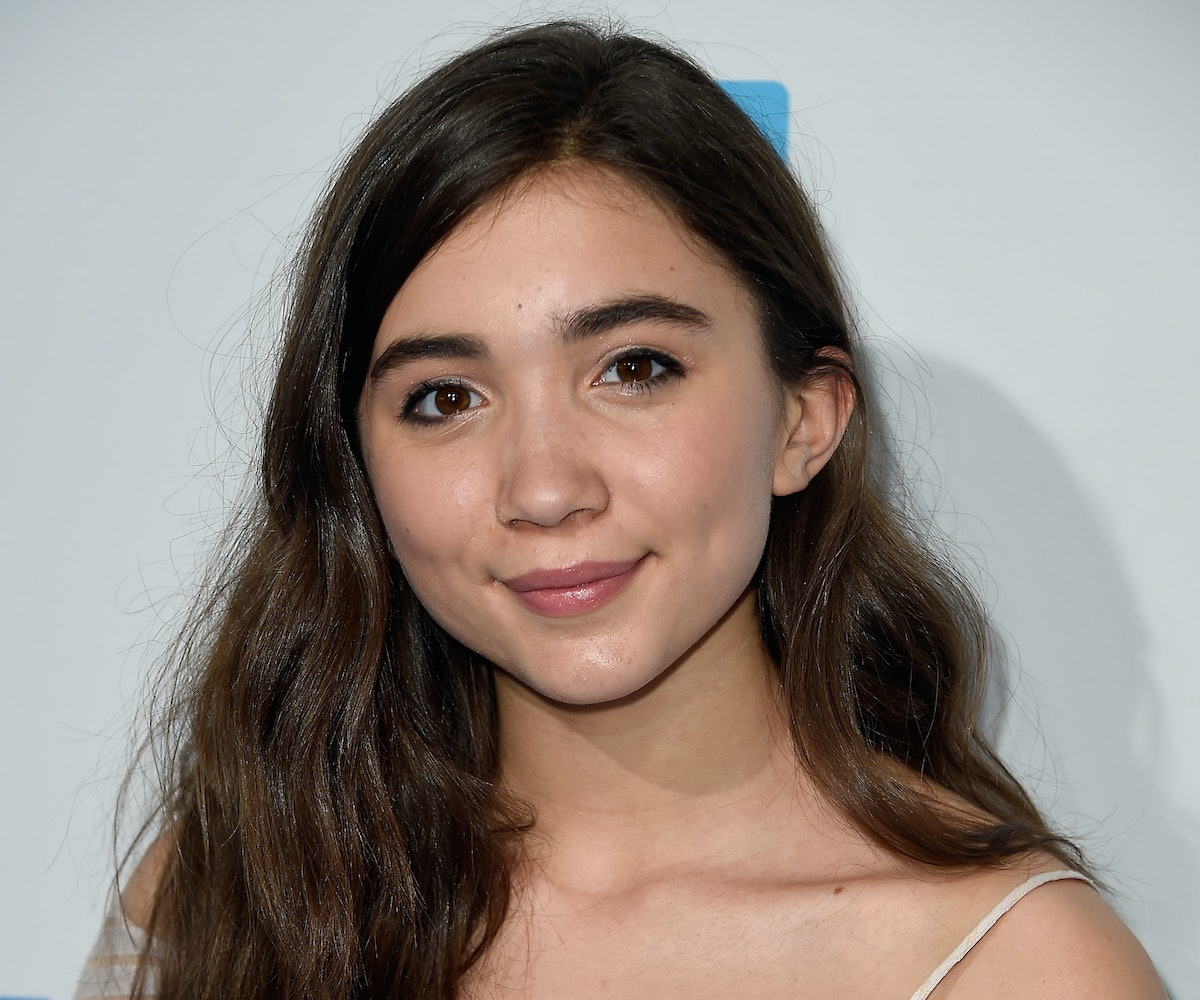 Photo by Frazer Harrison / Getty images
by daniel barna
May 12, 2016

The world recoiled in unison on Thursday when news broke that George Zimmerman was planning to auction off the gun he used to shoot and kill Trayvon Martin in 2012.  Zimmerman maintained that he was selling the firearm under the auspice of raising funds to fight "Hillary Clinton's anti-firearm rhetoric," proving once again that on the list of the world's most terrible humans, he ranks at or near the top.

One of the most vocal critics of Zimmerman's latest cry for attention was Rowan Blanchard, who took to Instagram to let her fans know exactly how she feels.

"Just found out the indescribably sickening news that Trayvon Martin's murderer, who doesn't deserve to be named, attempted to auction the gun used to kill him on a gun broker website today," Blanchard wrote, underneath an image that read "RIP Trayvon Martin."

"I am not sure what is more disgusting and disturbing, that he tried to auction the gun used to kill Trayvon, or that people attempted to purchase it. We must band together to oppose such horrific acts of violence; we must come together and use our voices to amplify and speak for those of who were robbed of theirs.#riptrayvonmartin #blacklivesmatter."

In a culture of celebrity where self-promotion has become high art, Blanchard is just the latest in an emerging crop of young stars who are wise beyond their years. Remember, the Girl Meets World actress is just 14 years old, and she's already spoken openly about her sexual fluidity, the importance of feminism in young women, sexism on social media, and now the Black Lives Matter movement.

While Hollywood can often feel like a vapid place, Blanchard, along with young, socially conscious stars like Amandla Stenberg and Emma Watson, makes it looks like we’re in pretty good hands.