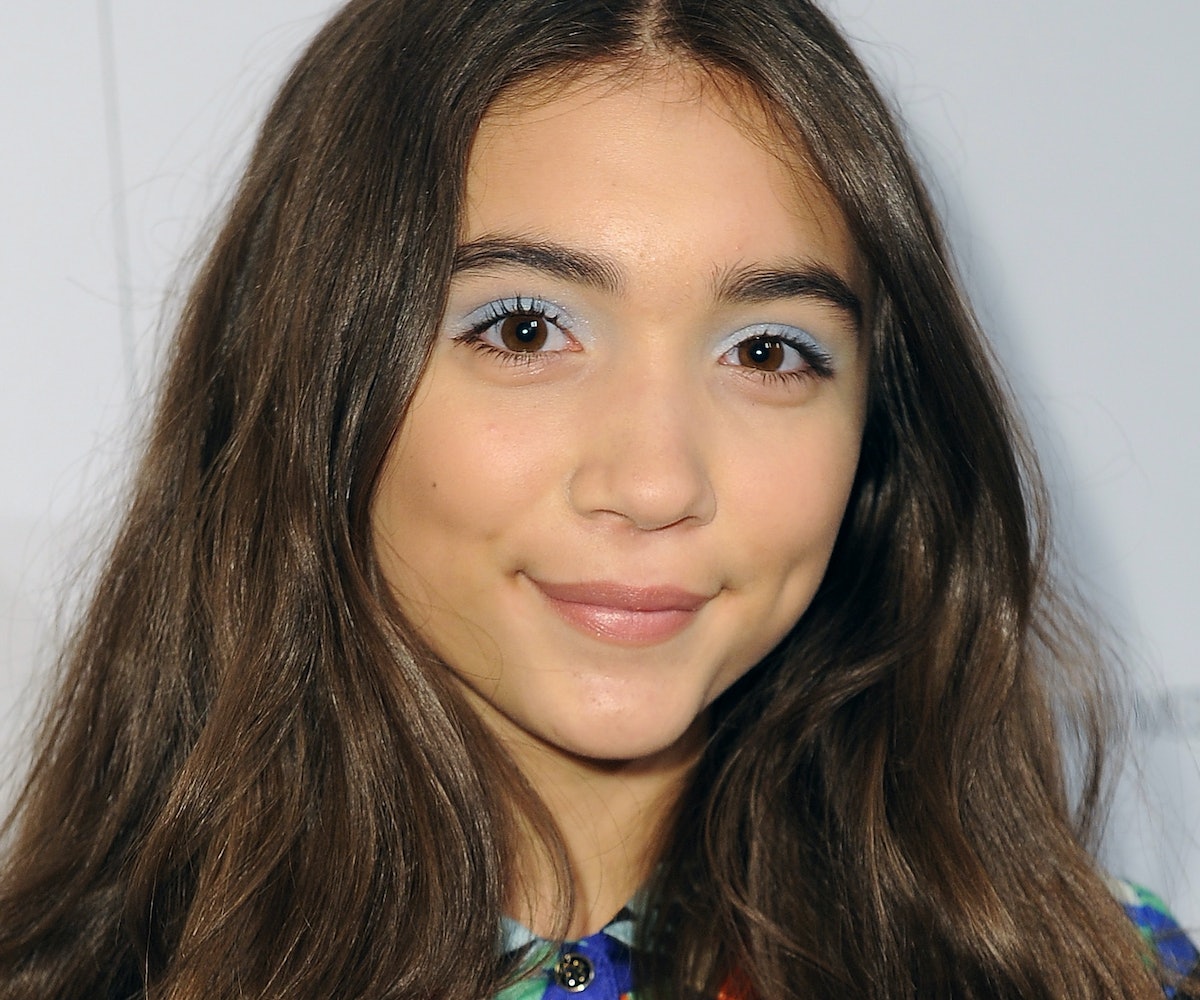 Anyone that follows Rowan Blanchard is aware of how outspoken she is when it comes to the subject of inequality. The 14-year-old actress uses social media as a platform to voice sociopolitical issues, but she hasn't always been met with agreement. During her guest appearance on Emma Gannon's new podcast Ctrl Alt Delete, Blanchard explained how she has to monitor how much content she posts about herself on social media because of past experiences. She immediately pointed out the double standard: When women post photos of themselves, they are labeled as fake, self-absorbed, and superficial, whereas men will face little to no scrutiny for their pictures. "You do have to apologize for promoting your own work, and that's definitely strange," Blanchard said.

Due to the mixture of harsh comments and creepy compliments that filter into her feed, Blanchard often avoids checking her mentions section. As an outspoken feminist, we can only imagine the types of remarks she must get despite the fact that she is still a young girl.

The highlight of the conversation was when Gannon asked Blanchard about her current inspirations, and she cited rappers Kanye West and Kendrick Lamar. "I've been studying their work recently, and it's just so innovative and unapologetic, and so themselves," she said. "[Kanye's] just so confident in himself, and I think we can all take from that and aspire to be like that."

We are confident that Blanchard is going to change popular culture for the better. Haters can be your motivators, right?